We’ll begin with the end and without giving anything away, let’s just say the final moments of Alex Garland’s wildly inventive and deeply disturbing “Men” are so horrific and grisly, so grotesque and twisted, even Stephen King might be tempted to blink.

Well. Not Stephen. But the rest of us.

That finale has to be seen to be believed and is not easily digested (in more ways than one), but the buildup from writer-director Garland (“Ex Machina,” “Annihilation”) alternates between sudden and shocking bursts of violence and some genuinely effective, slow-build scenes in which everything feels just a little bit off and we can deeply empathize with Jessie Buckley’s character, even when we’re not sure if what she’s experiencing is real or if she’s gone off the hallucinatory deep end.

What we know for sure is, the messaging about spirituality and organized religions and gender-based mythology and mental illness and toxic masculinity runs deep. There are times when “Men” comes across as being trippy and bizarre for the sake of easy scares, but thanks to Garland’s keen sense of pacing, the typically outstanding work from Jessie Buckley as our heroine and a staggeringly good, multi-character performance by Rory Kinnear, this is unlike any other film this year.

Buckley’s Harper is haunted by slow-motion visions of her troubled and abusive husband James (Pappa Essiedu) leaping to his death from the top of their London apartment building; she was literally looking out the window as James was falling. Seeking shelter from the emotional storm, Harper makes a long drive to the English countryside to spend two weeks at an expansive yet cozy house in the woodlands. When the owner of the house, Geoffrey (Kinnear), shows up to make sure she’s settled in, he makes an awkward, Bible-referencing comment about her eating an apple from a tree on the property and is overly attentive as he gives her a tour of the place. Weird. The guy’s a little weird.

Oh, but Harper is just beginning to experience the weirdness of the men lurking nearby, from a seemingly sympathetic vicar who turns judgmental to an oddball schoolboy who hurls vicious insults at Harper when she won’t play with him to a naked man who shows up in the backyard to the smug cop who answers the call about the naked man who has shown up in the backyard.

Through the wonders of makeup and prosthetics and, in at least one case, CGI, Rory Kinnear plays all of the aforementioned male characters (and a few more). Each represents a threat to Harper on one level or another, as she finds herself intimidated, harassed and perhaps in mortal danger.

Director Garland and cinematographer Rob Hardy do a magnificent job of creating a world that seems unto itself; at times it feels as if Harper is trapped in a maze like she’s in “The Shining,” even in broad daylight. There are heavy references to the English mythological figure The Green Man, a symbol of rebirth and new growth who is covered with leaves, as Harper battles to preserve her safety and her sanity. It’s going to take every ounce of her resolve to outlast these beastly men. 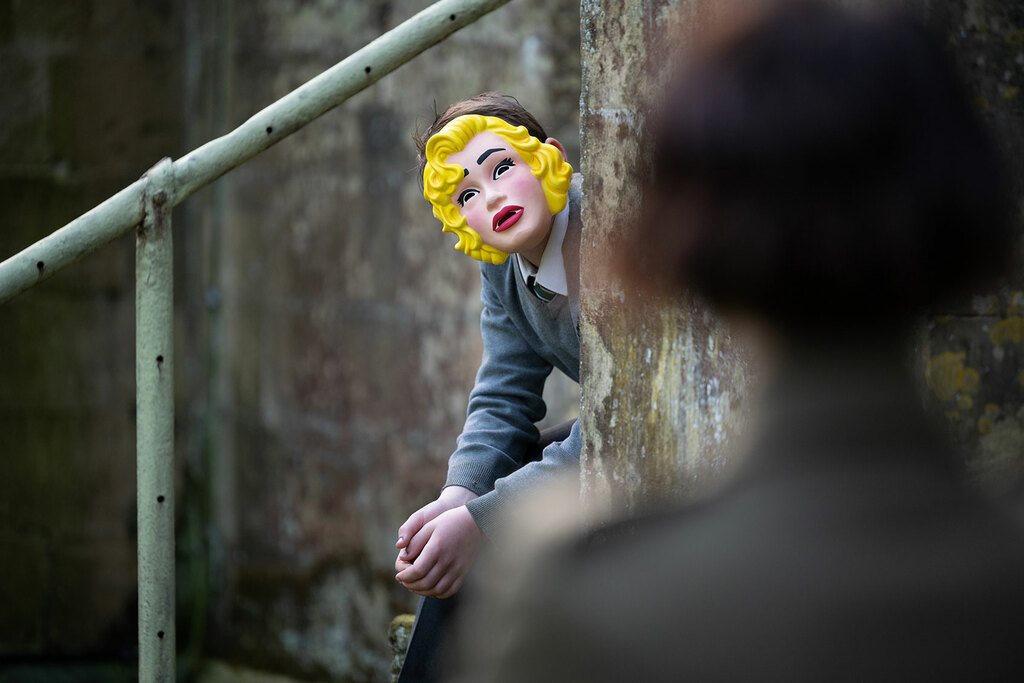 "Men" is a creepy, gendered fever dream
Jessie Buckley is a woman who can't evade all the men who share Rory Kinnear's face in Alex Garland's horror

Salon
From analysis to the latest developments in health, read the most diverse news in one place.
Alex Garland's Provocative Men Asks: Are Men OK?

Reason
'Men' review: Woman's quiet getaway is ruined by, what else, men
Jessie Buckley is put through the wringer in writer-director Alex Garland's art-horror provocation "Men," and not since Jennifer Lawrence endured…