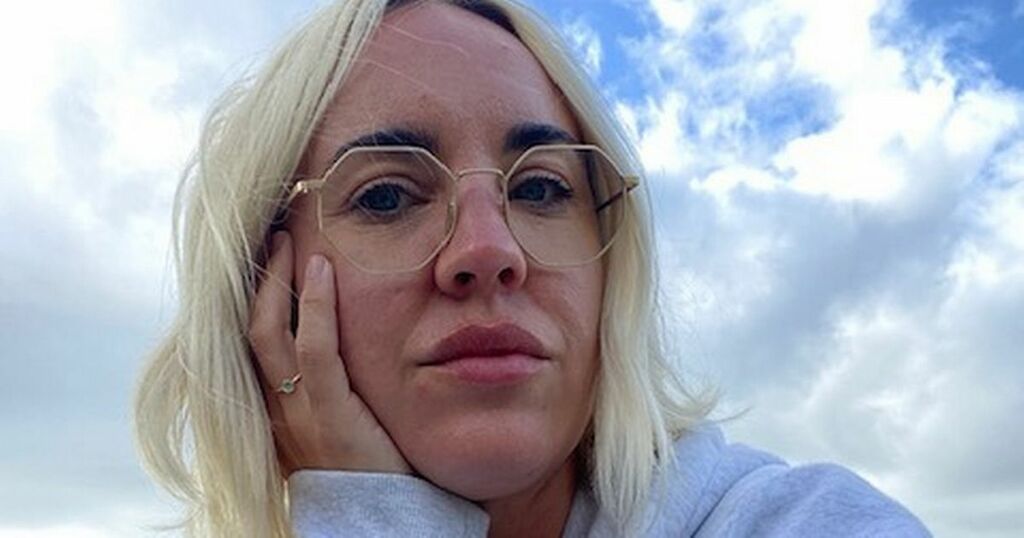 The recent sentencing of Wayne Couzens for the kidnap, rape and murder of Sarah Everard, along with news of Sabina Nessa and the 80 other women who’ve been killed by men in the time between their deaths, means the UK has never felt more frightening for women and girls.

Our terminology has evolved to acknowledge the colossal risks women take every day, just walking home from work or the gym. The very fact that the word 'sexism' has been replaced with 'misogyny' in our everyday language, compounds just how violent and dangerous the world currently is for women and girls. Sadly, men's violence against women is engrained in our society, with some men shaming women for having a lot of consensual sex, more than they shame other men for rape.

If authorities focused their services around victims, and dads displayed active equality at home, I believe we could see a positive reduction in the sickening statistic that a woman is killed by a man every three days in England and Wales.

Women carry out an overall average of 60% more unpaid work than men, Office for National Statistics analysis has shown. And children learn by watching the adults in their lives.

They’re watching how you deal with perceived injustice, disappointment and disagreements. They listen to how you speak to customer services on the phone and notice how you react when someone cuts you up in the road. They’re most certainly watching how you speak to the women in your life and absorb what physical, financial and emotional support your offer your wife, girlfriend or co-parent.

Imagine a world where more dads were regularly seen cooking, cleaning the bathroom, ironing uniforms and showing real emotions like sadness when they’re upset, not just anger. Imagine children seeing their dads rearranging their working hours to do the school run and childcare in the holidays. Stressing over the family calendar, working out shopping lists, planning meals and changing beds. “How dooooeeeees he do it?!” We’d all cry.

Whilst we’re asking for equality with access to the same job roles and salaries as men, we’re also begging for equality at home, and we need men to step up. Even you Super Dad, we know you see your kids often and do some bits of housework. I’m sure you agree that we need more of you. But we also need YOU to do more.

READ MORE: There needs to be more help for dads who are 'struggling' with mental health says Liverpool mum

Young men and women need more positive male role models. If teenage boys saw adult males that they love and respect calling out sexist behaviour, language and drawing attention to issues of gender inequality, I believe schools, parks and public transport would all be safer places.

Cue an army of men screaming that they "aren’t the problem". We hear you! We always hear you. We hear what a good guy you are. We hear you shouting about how you do more than your “fair share” feeling superior to your less chore-abiding, more sexist friends. But gone are the days you’re considered to be going over and above. Now’s the time for everyone else to level up and make what you do, normal.

Whilst it’s great that you consider yourself an anti-misogynistic role model, surely you can agree that our world would be safer for women if there were more of you?

Of course we’re not going to rid the streets of sexual predators because dads started doing the dishes. I’ve used housework as an example to make a point about perceived gender roles and misogyny. There are a myriad of cultural issues at play within the home that effect how children view sexual offences.

According to RASA Merseyside (Rape and Sexual Abuse Support), if your household has a victim blaming culture, where people often say things like “that’s what sheeeeee said happened”, “but I’ve always found him to be really a nice guy" or “what did she expect going out dressed like that?” then your children will be considerably less likely to report sexual offences to you, for fear that they were somewhat to blame.

Consent, by definition is an agreement between participants to engage in sexual activity. Consent should be clearly and freely communicated. Consent cannot be given by individuals who are underage, intoxicated or incapacitated by drugs or alcohol, or asleep or unconscious.

Young people need to be made aware what exactly constitutes as rape and sexual assault, and taught how to incorporate conversations about consent and mutual enjoyment in to their sexual experiences. It’s irresponsible for parents to think that this education rests with the schools. Parents need to make sure their children understand the risk of sexual assault, be certain around the rules of consent and aware of where to go for access help.

READ MORE: 'I really regret working such long hours when my son was small'

Katie Russell in her Tedx talk for Rape Crisis makes a fantastic analogy about consent with tea. “Even if we’d had tea together thousands of times, even if you said you wanted tea but I forgot the sugar, or you fell asleep so you no longer wanted the tea I’d made for you, would it be ok for me to pour that tea down your neck?”

Consent is often referred to (even by the courts) as a “grey area” but we can all tell the difference between swimming and drowning, right? It’s about how that person perceived that particular time in the water, regardless as to how much they usually enjoy swimming.

We need to create a victim-focused society. It’s absolutely unacceptable to perpetuate the myth that rape victims are liars until they can prove their abuser guilty.

Deeper than all of the above, we need to be teaching children how to spot signs of an abusive relationship. Gaslighting, lying, inconsistent behaviour, tuning up unannounced, guilting you into doing, saying or wearing things other than you wish. We need to arm our children with the strength and self esteem to cut off anyone who doesn’t make them feel 100% safe, 100% of the time.

Men who come home from work, put their feet up and scream orders around the house whilst women run themselves into exhaustion around them, are the problem. But not the only problem.

Get the top stories straight to you inbox by signing up to one of our free newsletters.