All men really are the same in this body-horror fairytale from Alex Garland, the writer-director behind the adventurous sci-fi oddities Ex Machina and Annihilation. Lent emotional heft by Jessie Buckley (who singlehandedly saved the flawed 2020 screen adaptation of Iain Reid’s equally surreal I’m Thinking of Ending Things), it’s a playfully twisted affair – not quite as profound as it seems to think, perhaps, but boasting enough squishy metaphorical slime to ensure that its musings upon textbook male characteristics are rarely dull, and sometimes deliciously disgusting.

Buckley is Harper, the survivor of an abusive relationship whose partner, James (Paapa Essiedu), tried to gaslight her into taking responsibility for his own urban self-destructiveness (“you will have to live with it on your conscience”). Now she has escaped into verdant surroundings for a fortnight in “the dream country house” – with the emphasis on “dream”. From the oversaturated palette of Rob Hardy’s cinematography (fields so green they glow, flowers that pop in purple-blues) to the bloody, chocolate-box interiors conjured by production designer Mark Digby and set decorator Michelle Day, we’re in a world of big bad wolves (that axe by the fireside will come in handy) and poisoned apples. “Forbidden fruit” declares the rental house owner Geoffrey, a toothy, Tim Nice-But-Dim character whom Harper significantly describes as “a very specific type”.

The same could be said of all the men she encounters in her rural retreat, from the patronising vicar who gropes her knee while smarmily blaming her for her guilt-ridden predicament (“men do strike women sometimes”) to the local police officer who rolls his eyes when Harper gets upset about being terrorised by a naked stalker. Crucially, all these men are played by one actor, as Rory Kinnear slips deftly between identities, variously donning the stereotypical cloaks of his gender. Imagine a minimalist, one-man production of Neil LaBute’s In the Company of Men, but with more sticky gloop.

The fact that Harper never acknowledges the similarities between these male characters signals that it’s a device – a dramatic contrivance that some audiences might not even notice at first, but which makes perfect emotional sense. I was reminded of Charlie Kaufman and Duke Johnson’s animated oddity Anomalisa, in which the central character is beset by the “Fregoli delusion”: that everyone else (except for the titular Lisa) is the same person – blessed with the same puppet face, and voiced by the same actor, Tom Noonan. Here, the uniformity of male characters and their traits (selfish, controlling, patronising, predatory) is presented as both a universal truth and a personal reaction. This is the world as seen through Harper’s eyes, shaped by her experiences and memories – fantastical, perhaps, yet still cradling an essential truth.

There’s a strong thread of Wicker Man-style folk horror in Men’s visions of the Green Man screaming from a church font and running amok in fields and gardens, and of masked children whose puerile taunts are at once silly and scary. By a strange coincidence (entirely accidental, yet thematically serendipitous) there are also eerie echoes of Sky’s current female-refocused TV adaptation of John Wyndham’s The Midwich Cuckoos, with the supernaturally isolated village in which Harper finds herself trapped resembling a cross between Midwich, Summerisle and Sandford from Edgar Wright’s Hot Fuzz.

A choral score by Ben Salisbury and Geoff Barrow beautifully bridges the gap between the film’s modern British pastoral setting and timeless Euro-gothic chills, with human voices and unearthly noises dancing around earthy soundscapes that seem to be simultaneously internal and external – real and imagined. It may not be subtle but it’s endearingly unhinged, and serves as a timely reminder that the plastic realities of fantasy and horror remain a hearty primal soup for the cinema of ideas. 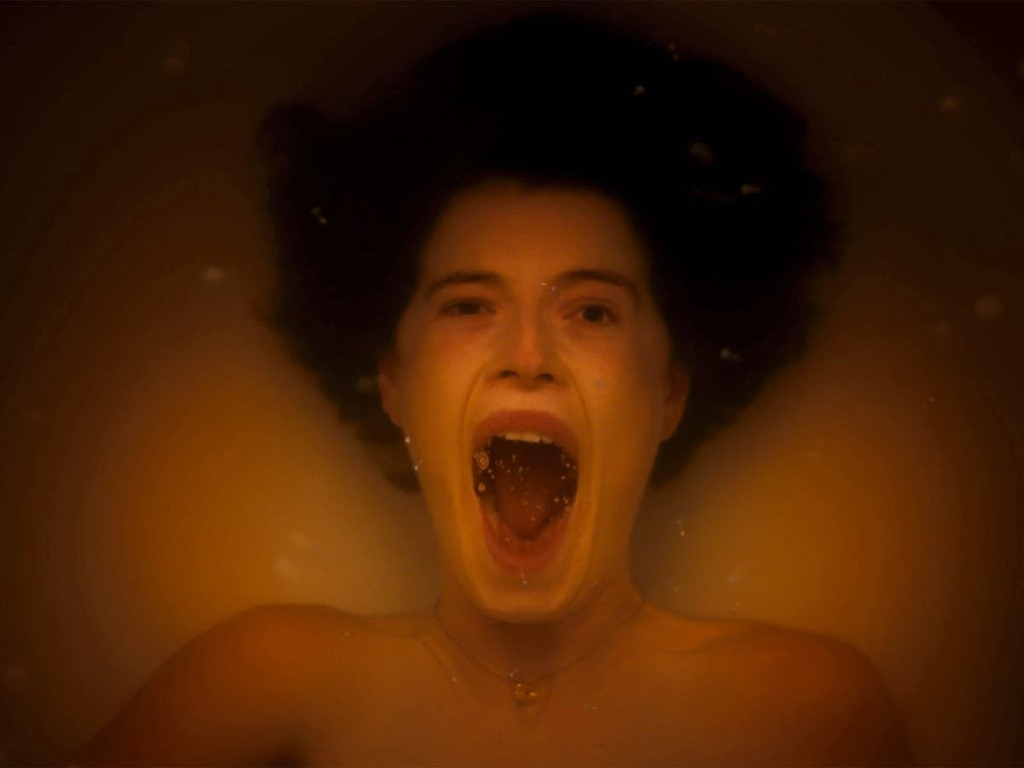 The Independent UK
From analysis to the latest developments in health, read the most diverse news in one place.
Men movie review: Folk horror a repulsive, confusing and unpleasant watch

Irish Independent
From Men to We Own This City: a complete guide to this week’s entertainment

Whether you fancy the latest Brit horror film or another trip to Baltimore with David Simon, our critics have got…