Men defies explanation. I could try to analyze Alex Garland’s new movie and what it all means, but that’s not really the point of the director’s new horror folk fable. That said, the man behind Ex Machina and Annihilation did offer a clue that could unravel the secret behind Men’s mysterious ending, and it has everything to do with one of the biggest anime shows of the century.

What does Attack on Titan have to do with Men and its bizarre ending? Let’s dig in. (Spoilers ahead!)

If you haven’t seen Men or somehow managed to block its memory out of your brain, here’s a quick recap. After being pursued by a series of men all played by Rory Kinnear, Harper (Jessie Buckley) realizes she’s actually dealing with some sort of supernatural being. It’s at this point that Kinnear’s character begins its final transformation, which can only be described as watching a full-grown man give birth to himself several times in a row.

It’s weird, confusing, gross, and kind of funny. (The first time Kinnear’s butthole expands to allow an adult man to slide out of it, you’ll groan and gasp. The third time it happens, you’ll probably chuckle.) Again, trying to define what any of this actually means is virtually impossible, but Garland’s love for Attack on Titan can help us make sense of the visuals, at least.

Alex Garland and Attack on Titan

In a Q&A immediately after Men’s premiere, Ale Garland revealed his love for the anime series.

In subsequent interviews, Garland denies taking anything specific from Attack on Titan, suggesting that the popular anime simply raised the bar for him as a director. But I’m not sure that’s true.

How Attack on Titan explains Men

One specific visual connects Men and Attack on Titan, and it’s something you might easily miss in Garland’s new movie. When Rory Kinnear emerges from his own body caked in blood, there’s visible steam coming off of his skin. This may seem like a weird detail to focus on, but AoT fans will recognize it immediately.

In the anime, titans are skyscraper-sized monsters who the show quickly reveals are actually humans with the ability to transform. This transformation requires a ton of energy, and the result is that the titans are basically pumping steam out of their bodies at all times. Visually, it looks awesome, and it seems likely Garland borrowed the idea while putting together Men’s gripping finale sequence.

Does this help explain the movie? Not really, though if you want to speculate that Kinnear’s ghoulish character in Men is somehow related to AoT’s titans, well, I won’t stop you. But at the very least, it’s interesting to see how Garland’s love for anime helped inspire one of the most striking moments in cinema this year.

Men is playing now in theaters. 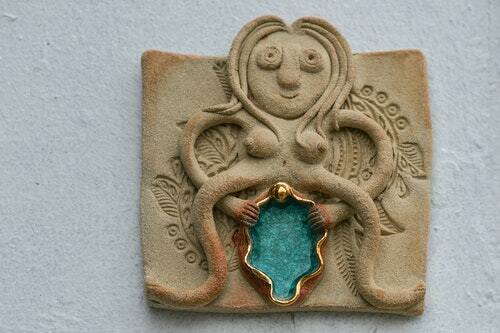 'Men' explained: The movie's stars unpack its mysterious ancient symbolism
Alex Garland's 'Men' is full of references to Sheela-na-gig and Green Man. Jessie Buckley and Rory Kinnear explain what it…

Inverse
From analysis to the latest developments in health, read the most diverse news in one place.
"Men" is a creepy, gendered fever dream