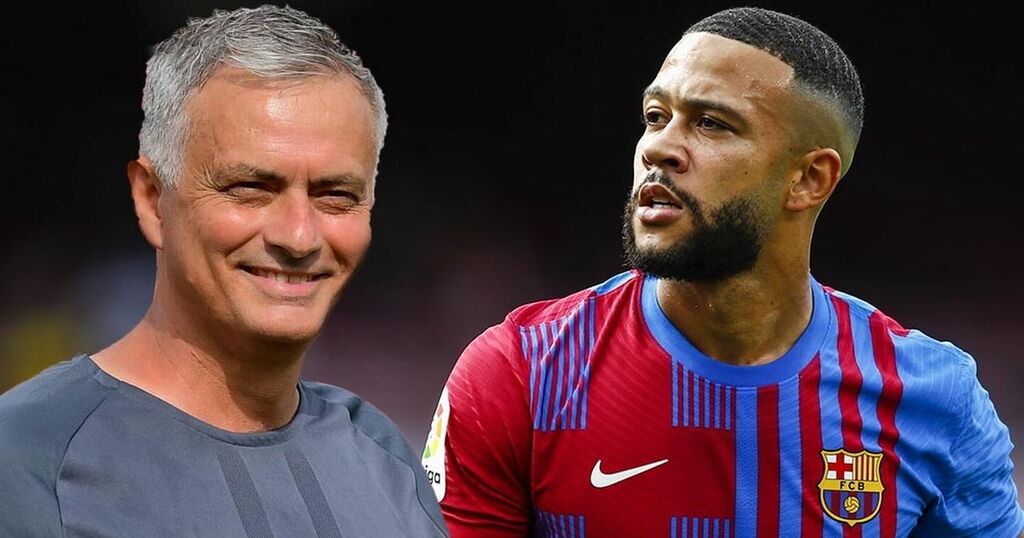 Memphis Depay equalled a record set by Patrick Kluivert for Dutch goals scored in a calendar year when he notched in the Netherland's 6-1 demolition job of Turkey on Tuesday.

The accolade is the latest to come Depay's way after his sensation form for Lyon earned him a summer transfer to Barcelona, where he has hit the ground running.

But his success will certainly have some Manchester United fans thinking what could have been, especially as the Red Devils opted against triggering a buy-back clause in the Dutchman's contract at Lyon.

Much was expected of Depay when he arrived on the scene a young man at United, but following Louis van Gaal's dismissal and the arrival of Jose Mourinho, the forward fell out of contention.

The situation became so bad that Depay remembers his teammates Zlatan Ibrahimovic and Paul Pogba being shocked he wasn't getting games for United despite his form in training.

Depay previously told El Periodico: "Jose Mourinho came and I fought to get into the team but I think the idea of giving me a chance was never in his head. He never gave me an opportunity. Never.

"I went to his office but it changed nothing. It was a very difficult period, I felt that I was training well and the players themselves did not understand it.

"[Paul] Pogba and Zlatan [Ibrahimovic] told me: 'Why don't you ever play?' For me, that was the confirmation that I had no chance. And I realised that I didn't want to be in a big club without playing."

Mourinho eventually sold Depay to Lyon, but despite not rating the striker at United, correctly believed he had the potential to one day be a big hit and insisted a buy-back clause was included in his new contract.

"It's true that Manchester United have a priority to buy back Memphis," Lyon sporting director Juninho told OLTV at the time. "These things exist in football. But until now, we've not received anything on Memphis."

And the Red Devils opted against triggering the clause when it became clear Depay was leaving Lyon, with Barcelona snapping up the forward.

Depay has proven to be a shrewd signing for the Camp Nou giants and a ray of light in what has been a difficult time for Barcelona, who have big money problems and were recently forced to part company with Lionel Messi.