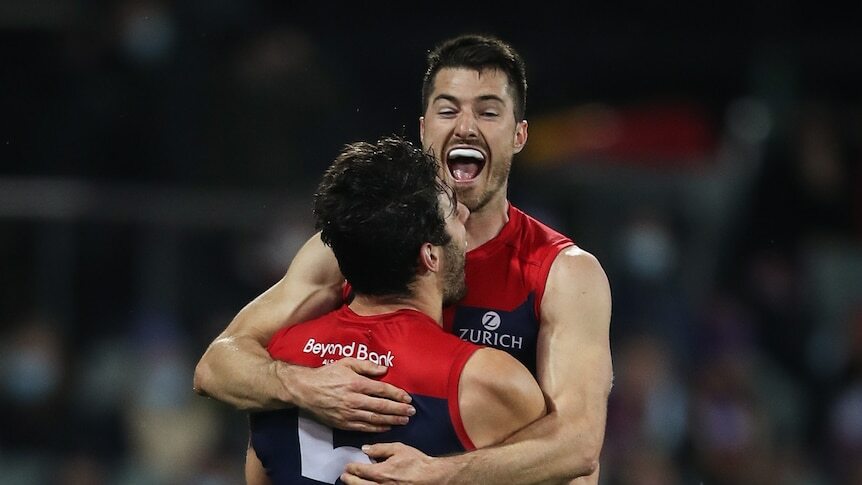 Melbourne midfielder Alex Neal-Bullen has dismissed claims a lack of football could be a disadvantage for the Demons heading into Saturday week's AFL grand final at Perth Stadium.

Come the day of the decider against the Western Bulldogs on September 25, Melbourne will have played just one game in 27 days.

The Demons earned a week off after their qualifying final victory over Brisbane in Adelaide, and following their thrashing of Geelong in Friday night's preliminary final in Perth, they face another fortnight of preparation for the grand final.

The unusually long build-up to the season finale comes after the AFL scrapped the pre-finals bye but stuck with September 25 as the grand final date.

But after a dominant display against the Cats after a week off, Melbourne is viewing more time off as a positive.

"From the performance we put up on the weekend, I feel like it really freshened us up both mentally and physically, and I'm that confident in the group that we've got here that we'll perform at a level again, if we do everything right over these next 14 days," Neal-Bullen said.

"You can lose the granny now, but you can't win it right now, and that's all around the decisions you make building up to training."

Melbourne has prided itself on being a team driven by the process rather than the outcome, but Neal-Bullen admitted it was a challenge not to be distracted by the thought of potentially lifting the AFL's ultimate prize.

"I have found myself laying in bed thinking about the what ifs," he said.

"You're going to be out there living your childhood dream and, if you were lucky enough to be the winner on the Saturday night, the feeling that would come with that.

"But I've done a lot of stuff with my mentality about being in the moment, and that's a theme that we've had this year, staying in the moment and adapting to any circumstances thrown in our way."

Bulldogs in quarantine as Dees get boost

The Bulldogs are still in quarantine until this weekend having played in Brisbane on September 4, with Queensland classified as a low-risk state under WA's border restrictions.

That means anyone who has been in that state in the past fortnight is required to be isolated from the public.

In contrast, the Demons are free to spend their free time in the community, and for some — including Neal-Bullen — that means some overdue time with family.

"I'm very fortunate I have family over here from Adelaide, that's something that for me, I'm able to get away from footy for a few days and reset," he said.

"It's been tough for a lot of the boys, and for the fellas that have family here in Perth, just seeing them be able to go see their families, they come back into our bubble and you can just see the joy that they have on their face."

Hopes of further tickets becoming available for the general public in WA have taken a hit, with Melbourne selling out its allocation made available to Demons members.

A minimum of 10,000 tickets will be available when the general public sale begins on Thursday at 10am WST, although that number may increase if there are unused tickets within the Bulldogs' allocation.