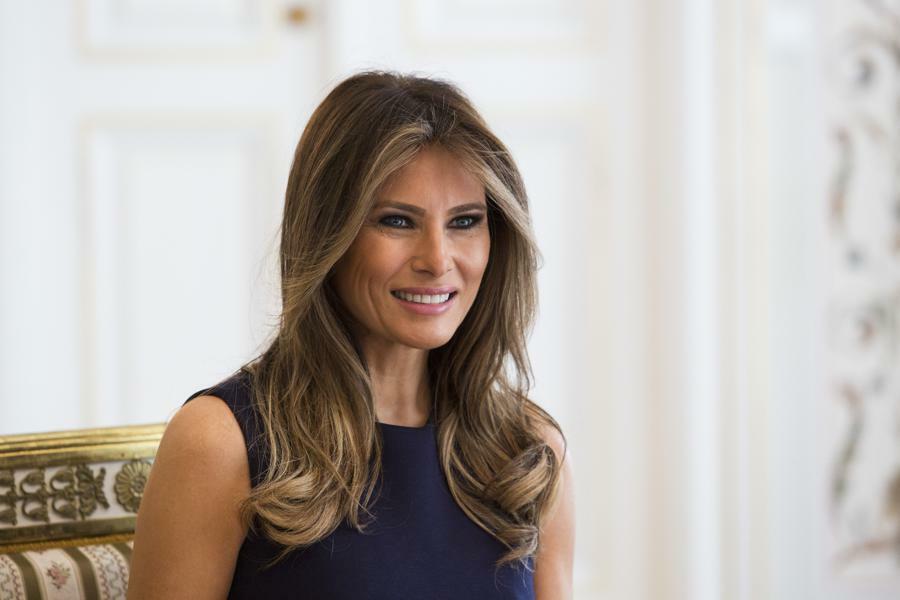 Former White House Press Secretary Stephanie Grisham claims she was brushed away when she asked then-First Lady Melania Trump if she wanted to post on social media condemning “lawlessness and violence” during the Jan. 6 insurrection, according to excerpts of her upcoming book published Monday by Politico.

Grisham, a years-long Trump loyalist who served as the White House’s press secretary from July 2019 to April 2020, says she texted Trump soon after rioters broke through the barricades outside the U.S. Capitol.

“Do you want to tweet that peaceful protests are the right to every American, but there is no place for lawlessness and violence?” Grisham says she asked the first lady, who responded with a one-word answer as she was preparing for a photoshoot of a rug she had chosen: “No.”

Grisham also claimed Trump skirted multiple requests to set up a traditional inauguration tea with First Lady Jill Biden because she shared her husband’s belief that the 2020 election was rigged.

The former press secretary wrote she was “shocked” when Trump told her she believed “something bad happened” and the election results weren’t legitimate.

Grisham said she viewed the first lady like “the doomed French queen” Marie Antoinette, describing her as “dismissive,” “defeated” and “detached.”

Trump did not immediately respond to a request for comment from Forbes but slammed Grisham’s claims as untruthful and financially motivated in a statement to Politico.

“The intent behind this book is clear,” wrote Trump’s office in a statement. “It is an attempt to redeem herself after a poor performance as press secretary, failed personal relationships and unprofessional behavior in the White House. Through mistruth and betrayal, she seeks to gain relevance and money at the expense of Mrs. Trump.”

An unnamed publishing source told Politico the book, I’ll Take Your Questions Now, which is set to be released Oct. 5, will contain “secrets about Trump that even the first lady doesn’t know.” “Secrets that he doesn’t want her to know.”

Grisham started working on former President Donald Trump’s presidential campaign in 2015. While he was in the White House, she served in multiple positions, including East Wing communications director and Melania Trump’s chief of staff. She was criticized for never holding a press briefing while serving as White House press secretary before she left the position in April 2020. Hers is one of multiple tell-all books to spawn from the Trump White House.