Melania Trump mocked for auctioning off her hat with minimum bid of $250,000 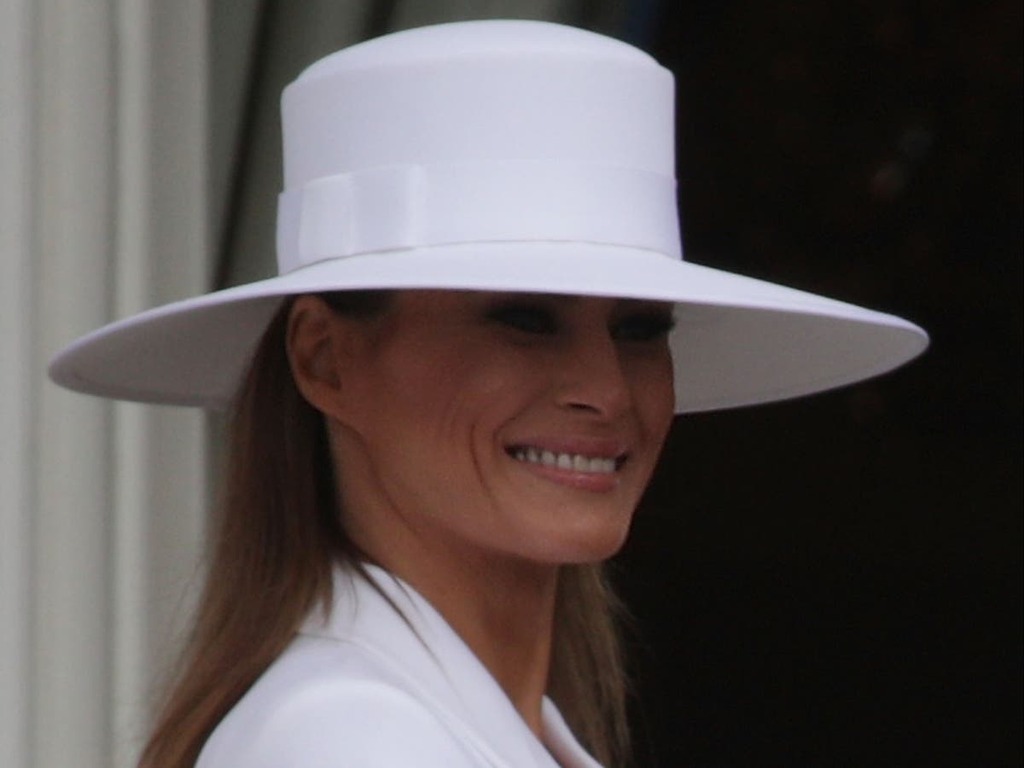 Melania Trump is auctioning off the hat she wore during a state visit of French President Emmanuel Macron and his wife Brigitte Macron on 24 April 2018.

Numerous people are now criticising the former first lady for putting personal gain above tradition and respect for her previous role.

Author Kate Andersen Brower told CNN that selling her hat “lends credence to the notion that the Trumps were always shameless about making money and that Melania keeps proving that she is a Trump through and through”.

The 51-year-old Ms Trump announced the sale on 4 January, which also includes a watercolour painting of her wearing the hat, as well as a non-fungible token (NFT) – a digital portrait – of the artwork.

The three items will be sold together at an auction that opens up on 11 January with a starting bid of $250,000 or 1415.86 of the cryptocurrency SOL. All three items are signed by Ms Trump and the two artworks are also signed by the artist – Marc-Antoine Coulon.

“Following the traditional arrival ceremony, Mrs Trump and Mrs Macron visited the National Gallery of Art and attended a joint press conference in the White House,” the release adds.

“It is not okay,” a former Trump White House official told CNN. “It’s unseemly. She is trying to build herself a nest-egg of cash built upon a role that the American people elected her husband for her to inhabit.”

“When she was first lady I thought she was tone deaf and that she didn’t understand the optics of how some things would land,” Ms Brower added. “Now I think she knows exactly how things look and she simply doesn’t care. There is no way that she went into this auction without knowing how unprecedented it is to sell items from state visits.”

The president and CEO of the LBJ Foundation, Mark Updegrove, told CNN that while it’s Melania’s “right” to sell the hat, “it is inconsistent with what other former first ladies have done, donating similar items to the National Archives and presidential libraries in the interest of preserving history and giving back to the American people”.

“I don’t know why everyone is so surprised by this,” a former Trump administration official told CNN. “She is married to Donald Trump. This is what they do. Money is money. Business is business.”

Ms Brower said that while other first ladies have made a lot of money selling books and making speeches, “there’s something inherently opaque and lazy about what Melania is doing”.

Another former Trump staffer told the network that Ms Trump “wants her own money” and that “this is a fast and easy way to do that”.

The president and founder of University Archives based in Connecticut, John Reznikoff, told CNN that “in my experience in this business, living people who are famous, unless they’re broke, generally don’t auction off their household goods”.

Social media users were quick to mock the auction with one Twitter user referring to the Trumps as “grifters” for only giving a “portion of” the proceeds to charity, and another suggesting that they are “desperate for cash”.

“If they’ve got the soccer ball from Putin at Helsinki, bid over me at your peril,” former FBI agent Peter Strzok tweeted.

Mr Strzok was involved in the investigations into the Trump campaign’s relations to Russia and the review of Hillary Clinton’s use of a private email server during her time as Secretary of State.

“Is there anything a Trump won’t do for a quick buck?” another Twitter user said.

“The auction winner will receive a personalized letter from Mrs Trump, accompanying the hat and watercolor on paper and certifying authenticity,” the release states.

“A portion of the proceeds derived from this auction provides individuals who have been in the foster care community with access to computer science and technology education,” the statement says.

NBC legal analyst Joyce Alene suggested that Ms Trump was “profiteering off the presidency” and that she’s “still waiting on that coffee table book of White House rugs she was overseeing a photoshoot for on January 6, when she refused to be disturbed to offer any help” – referring to the Capitol riot almost a year ago when Trump supporters stormed Congress in an attempt to stop the certification of President Joe Biden’s election victory.

Twitter user Kelli Potter added: “This is adorable. Melania is having a yard sale.”

The former Trump staffer who worked with the former first lady for years told CNN: “She’s private, she’s never going to say what this is about”.

“And she’s never, ever cared what anyone thinks about her, so all of this criticism means nothing,” the former aide added.