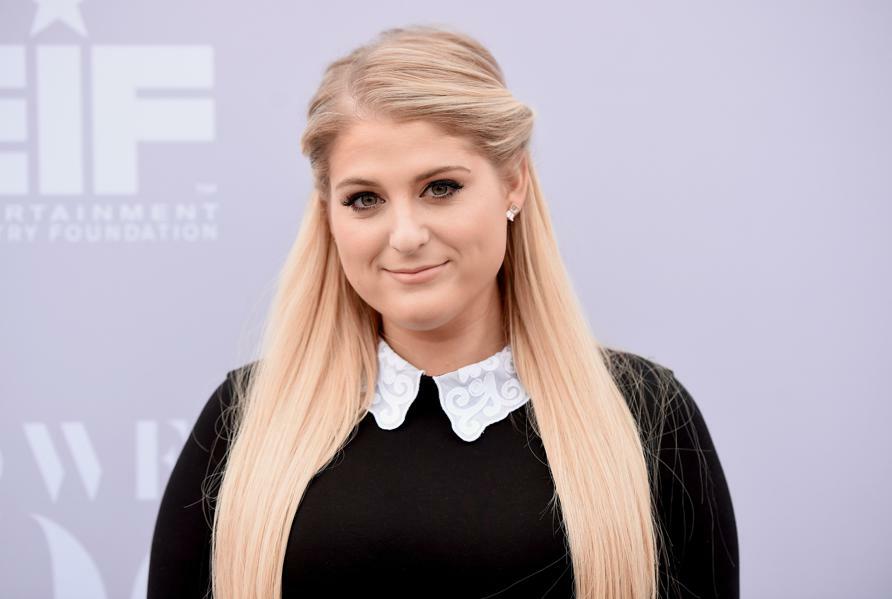 Singer/Songwriter Meghan Trainor has announced her neww podcast, Workin’ On It, that she will co-host alongside her brother and best friend, Ryan Trainor. The podcast will premiere on Wednesday, September 15th and will see the siblings “take on a new topic each week, share their stories, and bring listeners into the conversation.”

Co-produced by Cloud 10 Media and iHeartMedia, the pair will tackle topics such as “becoming a new mom, navigating Hollywood, mental health, and everything in between. Meghan, Ryan, and friends will speak their truth and leave no details behind.”

“Ryan is one of my favorite humans ever,” Megan said. “He always keeps me humble and real and I’m so grateful to have a brother/bestie like him,” Meghan says. “I hope that getting to share our stories will make people laugh with and at us.”

“I might be biased but I think that Meghan is the funniest person in the world.” Ryan says. “I can’t wait for everyone to realize that she’s not just ‘that Bass girl.’”

Workin’ On It will be available on iHeartRadio and all other major podcast streaming platforms — including Apple Podcasts, Spotify, Google Podcasts and more. This is one of many new endeavors for Meghan as she began 2021 by penning a deal with NBC Universal Television and Streaming Entertainment for a cross-platform partnership. Coming this fall, fans will also get to watch her as the host of Top Chef Family Style on Peacock and as a judge on Clash of the Cover Bands on E!.

Meghan Trainor took the world by storm in 2014 with her diamond-certified smash single “All About That Bass.” Since then, the award-winning singer, songwriter, and multi-instrumentalist has garnered a GRAMMY® for Best New Artist, achieved eight multi-platinum singles and two platinum albums, sold out three world tours, penned multi-platinum hits for peers across pop and country, and received countless industry awards and nominations.

Recently, she starred on FOX’s hit series THE FOUR: Battle for Stardom for two seasons and on the superstar coaching panel of The Voice UK alongside Sir Tom Jones, will.i.am, and Olly Murs. In 2020, she released her third full-length album, Treat Myself (Epic Records), which includes the platinum smash “No Excuses” as well as powerful anthems and collaborations such as “Nice To Meet Ya” [feat. Nicki Minaj], “Genetics” [feat. Pussycat Dolls], and “Wave” [feat. Mike Sabath]. By the end of 2020, she released her first-ever Christmas album, A Very Trainor Christmas, featuring the #1 holiday radio single “White Christmas.”

Ryan has worked with Meghan as her videographer and photographer for the last 6 years. During the lockdown he started streaming on Twitch, growing from an audience mainly consisting of Meghan fans to his very own community. He recently made the decision to exclusively stream on YouTube Gaming. He is currently training hard for the New York City Marathon in November.

Cloud10 Media is a podcast network that provides listeners “an outlet for best-in-class podcast discovery, while offering support every step of the process, including development, promotion, marketing and sales”.

Cloud 10 Media  has a multi-year creative partnership with iHeartMedia’s digital audio group, the world’s number one publisher of podcasts.