Meghan Markle once threatened to dump Prince Harry if he didn't tell the world she was his girlfriend, according to a new book.

The astonishing claim comes from an insider who claims Meghan pressured Harry into revealing their relationship to the public in an ultimatum that caused him to "freak out".

The allegations were aired in an upcoming book, Courtiers: the Hidden Power Behind the Crown by Valentine Low, which is set to be published October 6.

The book contains many reports of Meghan and Harry's early days together before the relationship was officially confirmed in November 2016, just a few months after they met in July.

The book reads: "Faced with hordes of journalists intent on trawling through every aspect of Meghan’s life, Harry became determined to protect his girlfriend.

"Meghan, meanwhile, told him that if he did not do something about it, she would break off the relationship.

"A source said: 'She was saying, 'If you don’t put out a statement confirming I’m your girlfriend, I’m going to break up with you.'' Harry was in a panic.

"Another source said: 'He was freaking out, saying, 'She’s going to dump me.'"

In light of the alleged break up being on the cards, Harry is said to have contacted Jason Knauf, the at-the-time Kensington Palace communications secretary, to make the announcement.

The book continued: "Harry phoned Knauf, demanding that he put out a statement confirming that Meghan was his girlfriend and condemning the racist and sexist undertones of some of the media coverage.

"Meghan wanted public validation that this was a serious relationship. She was convinced that the palace was unwilling to protect her from media intrusion.

"She told Harry’s staff: 'I know how the palace works. I know how this is going to play out. You don’t care about the girlfriend.'"

Reports and rumours about the relationship had been swirling for some time, but it was only on November 8 2016 that Kensington Palace released an official statement confirming it.

"Prince Harry is worried about Ms. Markle's safety and is deeply disappointed that he has not been able to protect her," it read.

"It is not right that a few months into a relationship with him that Ms. Markle should be subjected to such a storm. He knows commentators will say this is 'the price she has to pay' and that 'this is all part of the game'. He strongly disagrees.

Courtiers: the Hidden Power Behind the Crown by Valentine Low will be published on October 6 by Headline Books (£20) 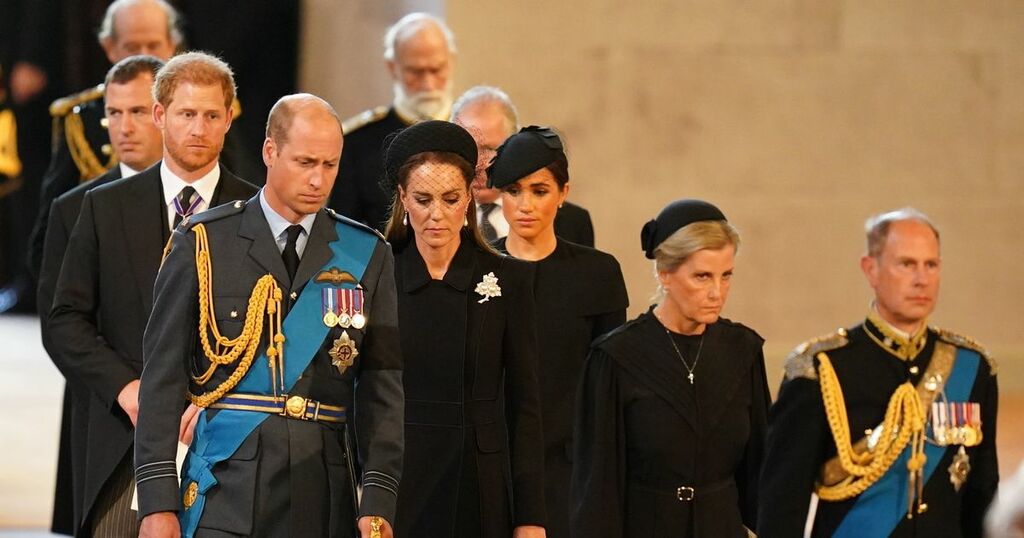 Six bombshell claims from Harry and Meghan book - from tour row to relationship ultimatum
From Prince Harry's fear of becoming "irrelevant" to Meghan Markle's break-up threats, five bombshell claims have been made by royal…

Daily Mirror
From analysis to the latest developments in health, read the most diverse news in one place.
Five things we've learned from Harry and Meghan book - from crying staff to US secret

Prince Harry and Meghan Markle spent 16 days travelling around Australia, Fiji, Tonga and New Zealand in 2018, but a…

Meghan was reportedly sent the Chopard earrings by Mohammad bin Salman when she married Harry, and is said to have…

Daily Mirror
One place to find news on any topic, from hundreds of sites.
Harry and Meghan's royal staff 'left in tears' when they delivered exit bombshell

Harry and Meghan stepped down from royal life in early 2020 and after a brief stay in Canada, settled in…