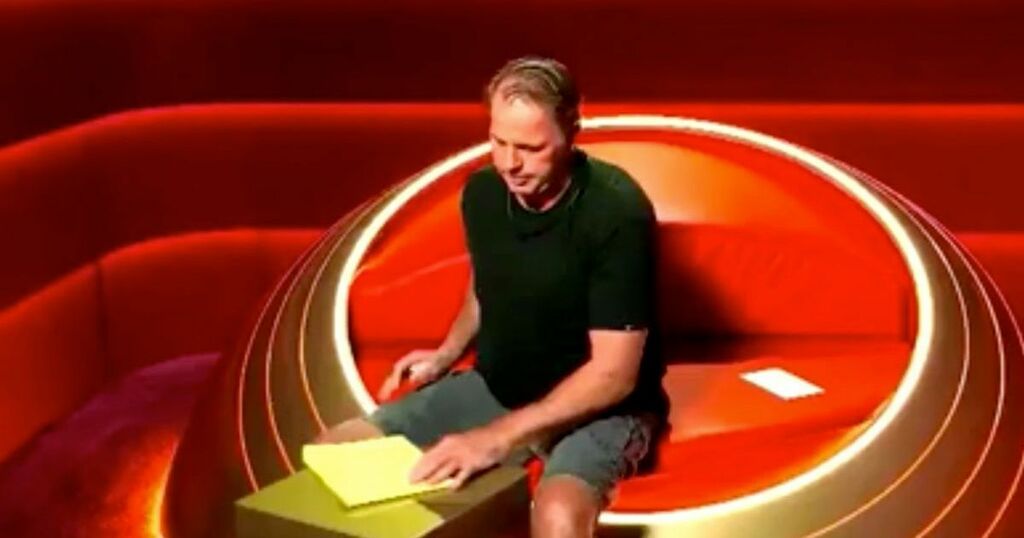 Meghan Markle’s brother Thomas is seen writing a letter to her and Prince Harry in a newly released trailer for the upcoming series of Big Brother VIP.

The show is a spin-off from the popular Australian version of the TV franchise and features high-profile stars including Caitlyn Jenner, all based in a swanky hotel.

But all eyes on Thomas Markle Junior who wastes no time in talking about his famous half-sister as he makes light of their feud in the trailer.

“You know I’m famous for writing letters,” boasts Thomas in the new TV ad. “I’m going to write a letter to Meghan," he teases.

The 55-year-old was reported to have written a letter to Prince Harry, pleading with him no to marry Meghan, in April 2019.

However, it is not known whether Meghan or Harry read the letter Thomas Jr claimed he sent.

“Dear Meghan and Harry, the first thing I want to say to both of you…” Thomas reads, before a question appears on the screen that reads: “What’s in the letter?”

He is sat next to Australian Survivor star Luke Toki in the clip as the producers tease what the content of the letter might be.

Meghan and Harry are currently living in California with their children Archie and Lilibet, after their decision to step down as senior working members of the Royal family.

In a previous teaser released for the reality show, Thomas Jr describes himself as “the biggest brother of them all”.

Thomas Jr is Meghan’s only brother and she also shares an older sister, Samantha, 56.

However, Thomas Junior later backtracked on his serious objections to the nuptials and boasted his sister was to be "one of the best things" to happen to the royal family.

He told the Mirror that he was extremely proud of the US actress, saying: "My sister’s going to be one of the best things ever to have happened to the royal family.

"She will be the perfect modern princess. I wish Meg and Harry nothing but a happy and healthy future together.”

Thomas Junior described his open letter as a "moment of madness" and that he was sorry for any offence caused and that he been at "breaking point" in his life.

Meanwhile, Keeping Up With the Kardashians and I’m A Celebrity Get Me Out Of Here! star Caitlyn also ruffles some feathers by opening up a discussion on transgender people.

“You've probably never met anybody who is trans?" Caitlyn, 71, is heard saying to Luke, before adding, “Let me see if I can try to explain. Are you right-handed or left-handed?

“Why are you guys right-handed and me left-handed?” asks Caitlyn.

“Well, it's just the way we were born,” responded Luke, leading the group to a collective 'aha’ moment.