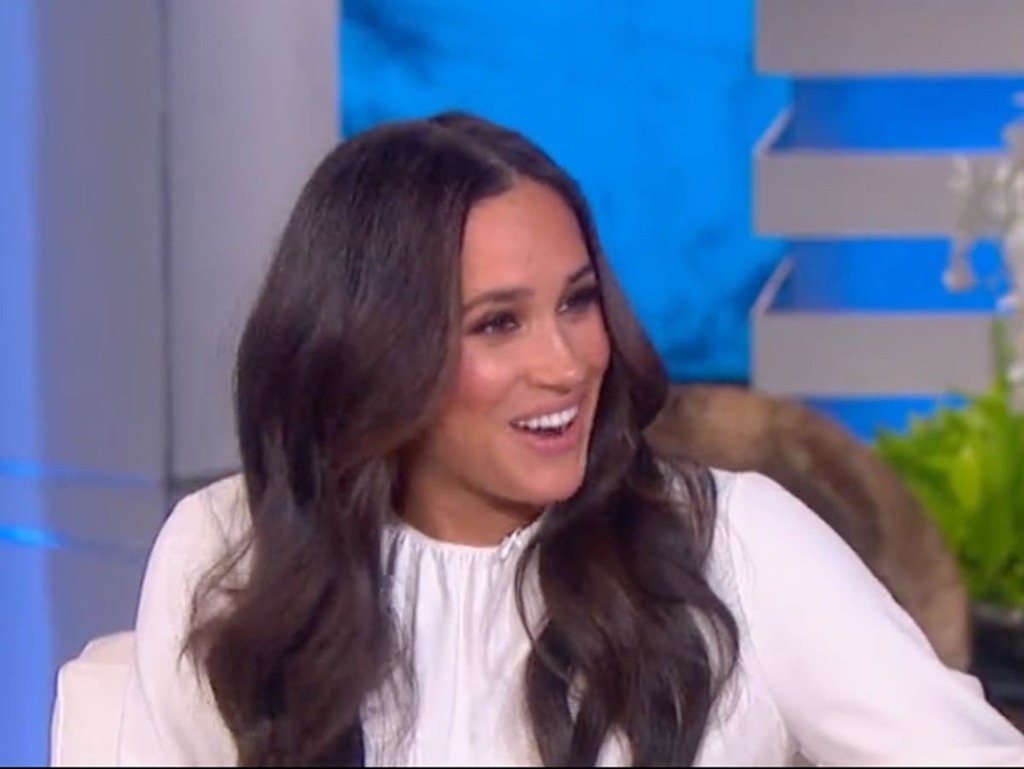 Meghan Markle is being praised as a “good sport” for her humourous and enthusiastic appearance on The Ellen DeGeneres Show.

On Thursday, the Duchess of Sussex appeared on the daytime talk show, where she spoke with DeGeneres about a number of topics, including her former acting career and the children she shares with Prince Harry.

At one point, the host and Meghan decided to participate in an IFB, during which it was planned that the duchess would interact with vendors in a lot nearby while doing only what DeGeneres told her to do, including squat, eat a chip like a chipmunk and sing a song about kittens.

After encouraging the duchess to eat the hottest sauce for sale from one vendor, with Meghan at one point informing him that her “boo loves hot sauce,” she was then instructed to drink milk out of a baby bottle while explaining: “Mommy needs some milk.”

While speaking with a woman selling cookies, the mother-of-two told half a joke, before pausing in awkward silence as the vendor looked on in confusion.

On social media, the amusing skit has prompted applause for the duchess, with many viewers expressing their joy at seeing the royal enthusiastically participate in the challenge.

“Meghan, Duchess of Sussex is a good sport. I would NEVER have done those stunts!! What a wonderful woman!” one person tweeted.

Another viewer said: “She is a GREAT sport! Couldn’t have been me. What an amazing human being.”

“Funny, happy, goofy Meghan is back. She is thriving,” someone else added.