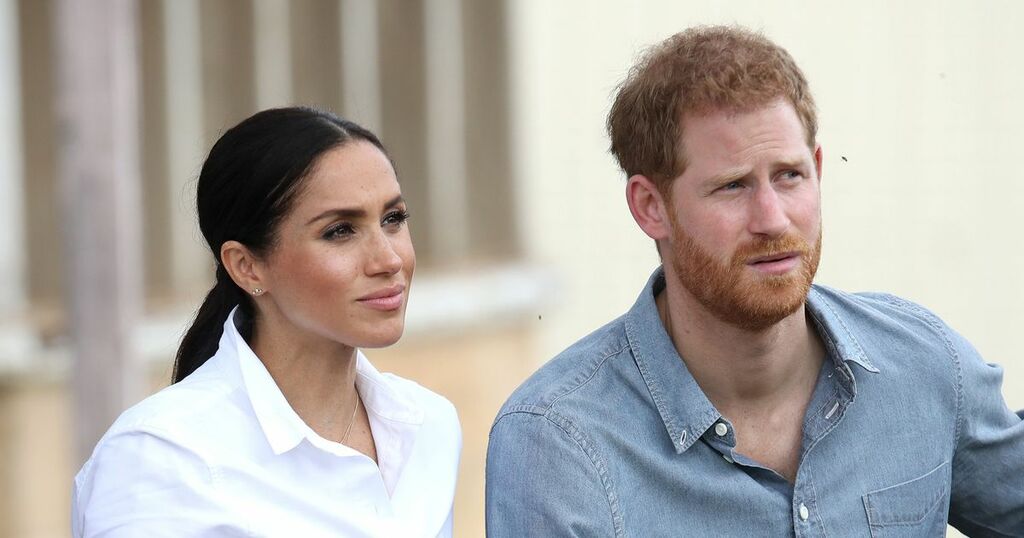 Prince Harry and Meghan Markle are "stabbing Harry's family in the back" by playing on their royal connections, a former butler has said.

Paul Burrell, who worked for the Queen and the late Princess Diana, claimed the couple is "trying to blur the lines between being royal and being celebrities".

His comments come after it was reported that Harry was spotted with a mic during his and Meghan's tour of New York last month.

The black wire could be seen sticking out his trouser pocket and into his shirt and it has been suggested the couple may have been recording content for their multi-million dollar Netflix deal.

In addition, Harry is due to release a memoir next year, detailing his time in the royal family and how he and Meghan stepped down as senior royals and moved to the US.

The couple has already talked about their tumultuous time in the royal family during their bombshell interview with Oprah Winfrey, where they alleged that son Archie was not made a prince following "concerns and conversations" about how dark his skin could be.

And speaking to Closer magazine, Paul said: "Part of the royal fascination and popularity is that no one knows what really goes on behind closed doors. And so when Harry and Meghan share a glimpse into that life, it’s shocking and scandalous and people love to hear it. It’s juicy gossip and it’s what makes them interesting.

"They have escaped the royals and found their freedom, but in reality, they’ll always be chained down by the fact that being royal is the only thing that makes them interesting. And in playing on these connections, they are stabbing Harry’s family in the back and deepening the rift. I imagine Harry’s book will be even more shocking than what he’s said so far, as the publishers will need that.

“That’s the issue Harry and Meghan face with trying to blur the lines between being royal and being celebrities. It just doesn’t work.”

Since stepping down as senior royals and moving to California, Harry and Meghan have signed a string of deals with the likes of Netflix and Spotify.

Meghan has also written a children's book called The Bench, while Harry has been appointed the chief impact officer at Silicon Valley start-up BetterUp that focuses on coaching people on their mental health.

Yesterday, it was announced that the couple had become "impact partners" and investors of a sustainable investment firm called Ethic.

It is believed that the couple were introduced to the fintech asset manager, which has $1.3billion under management, by friends. It is unknown how much they have invested or what they are being paid.

In a joint interview with Harry, Meghan told DealBook : “From the world I come from, you don’t talk about investing, right?”

“You don’t have the luxury to invest. That sounds so fancy.

“My husband has been saying for years, ‘Gosh, don’t you wish there was a place where if your values were aligned like this, you could put your money to that same sort of thing?'”