Megan Thee Stallion Shared A Pic With Cara Delevingne Edited Out Do I Smell Beef?

Is someone barbecuing outside because I smell beef. Megan Thee Stallion has shared some photoshopped pics to the ‘gram after the Billboard Music Awards, and a certain someone — Cara Delevingne — is missing from them, despite following Megan around all night.

For some reason though, she was stalked by Cara Delevinge, whose presence at the music awards has baffled many a viewer. Red carpet? Cara was there. Sitting down at the awards? Cara was right next to Megan. My brain cannot comprehend why the two were together.

After the event however, Megan shared a photoshopped pic that completely erased Cara from the picture. I’m eagerly hovering over the shade button.

Here’s the pic in question, which was created by a Megan Thee Stallion fan account.

Alongside celebrating Megan’s achievements, quite a few media sites were also baffled by Cara’s messy display of affection at the awards.

Hell even Harper’s Bazaar wrote an article about how Cara looked way too obsessed with Megan at the event.

Twitter worked at lightspeed to drop memes and takes about Cara’s behaviour.

One of them was even liked by her ex Ashley Benson from Pretty Little Liars.

Ashley hates her so bad pic.twitter.com/jF1Idj8Sbm

And here are some clips and pics of Cara acting a damn fool at the event.

y’all pls look at how meg and doja were having a conversation and it jumped in .. pic.twitter.com/1NFUOLcQz7

And what’s up with the tongue thing lmfao pic.twitter.com/zpFsGVe6uV

I want what she’s having

I have no idea what Cara was on but I want just a fraction of what she’s having. I’d be zoinked and zooted for a whole week.

Anyway, let’s dive into some memes.

Godspeed my friends and always watch your six. You never know when a wild Cara is waiting right behind you.

The post Megan Thee Stallion Shared A Pic With Cara Delevingne Edited Out & Do I Smell Beef? appeared first on PEDESTRIAN.TV . 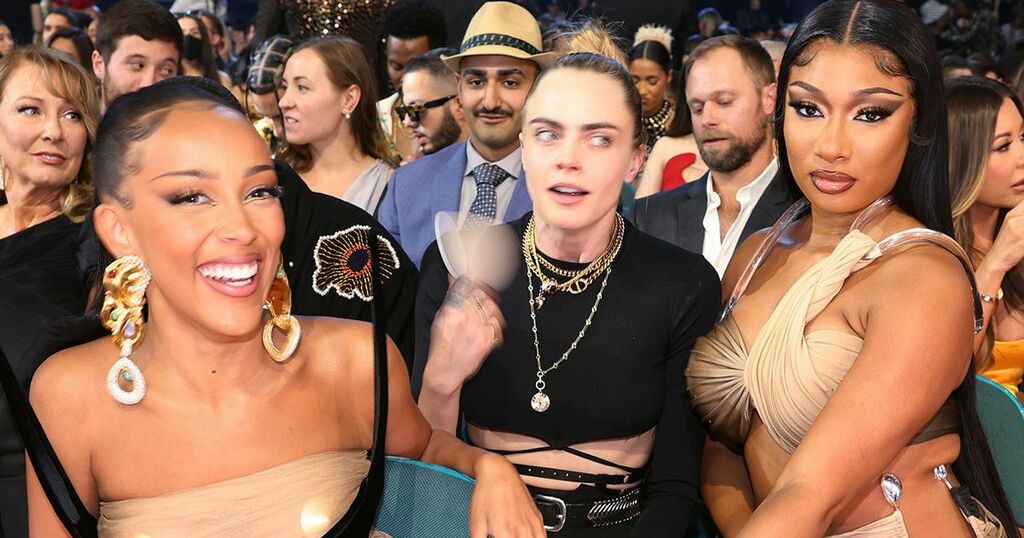