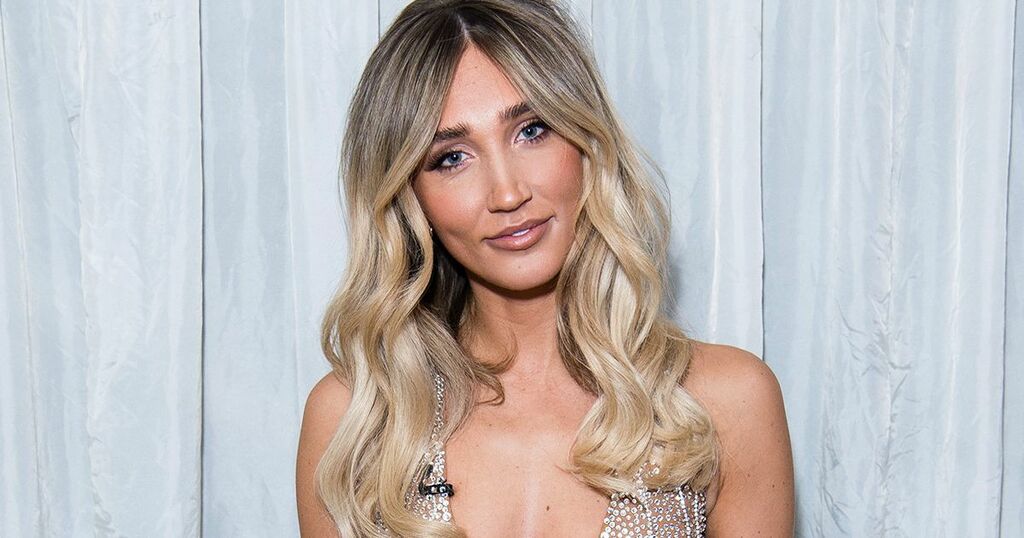 Megan McKenna has showcased an impressive piece of new jewellery on her ring finger.

The former Celebrity Big Brother star sparked engagement rumours on Friday, as she jetted off on holiday with her beau Josh Riley.

Sharing a clip of herself on board a plane before take-off, the reality TV star, 29, could be seen sporting a fresh blonde hair style and a huge diamond on her hand.

Posting to her 2.3 million followers, Megan looked blissfully happy as she sipped wine ahead of travelling to her getaway with her London businessman boyfriend.

In a second snap shared on her Instagram Stories, the singer's designer bag could be seen as she toasted alongside her mystery partner.

The X Factor : Celebrity winner has never shared a picture of the face of her partner online, only tagging the Instagram user @1yelir in snaps where his privacy is maintained via clever angles or strategically placed emojis.

Quickly shutting down any engagement rumours between the pair on Friday, a representative for Megan told OK! in a statement: "Megan took the video in selfie mode, so it flips the image. The hand with the 4 rings on is actually her right hand."

Over the festive period, the former Ex On the Beach star gave her Instagram fans an insight into her Christmas celebrations with boyfriend Josh.

Sharing an array of snaps with her followers online, the stunning singer made the most of the Christmas break - spending time with loved ones and her nearest and dearest on Boxing Day.

The singer pulled out all the stops when it came to hosting the gathering - displaying a tasty-looking three-tier white and blue Christmas cake which was decorated with snowflakes and had 'Megan and Josh's Boxing Day Gala' in gold piping.

The talented star also belted out a rendition of her festive single, Family at Christmas, as her friends and family joined in with the chorus.

After previous relationships have played out in the public eye, Megan is keen to keep her romance with Josh relatively private and low-key.

Josh, 26, is the director of luxury fashion brand Yelir World, but rarely makes an appearance on the star's social media accounts.

In 2020, a source claiming to be close to the love birds confessed the pair were "totally smitten" with one another in the early stages of their romance.

"The pair of them are taking it slow but they have been talking about the future," they told OK!

"Megan seems so settled and happy now, Josh has made her feel really happy."