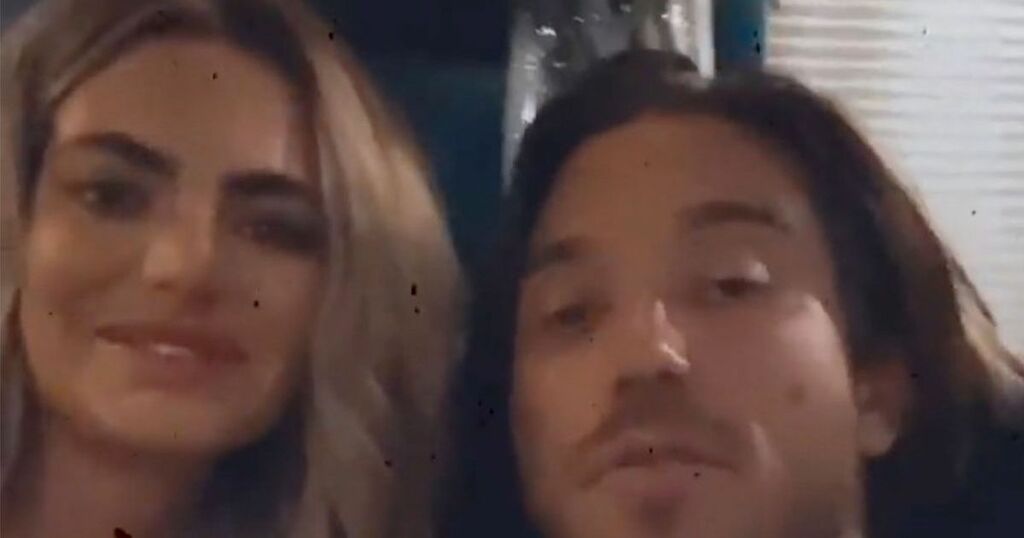 Megan Barton-Hanson and James Lock have seemingly confirmed their romance with a series of sweet snaps on Instagram.

The former Love Island star, 27, gave her 1.6 million followers a sneak peek into her date night with rumoured new boyfriend James as they enjoyed an extravagant meal at Aspera Restaurant in Essex on Sunday.

In one clip shared on her Instagram Stories, the waiter can be seen carrying their cocktails to the table in a little wooden chest before taking them out and setting fire to them with a blowtorch.

Megan and The Only Way Is Essex star, 34, can be heard laughing at the dangerous display taking place right in front of them, with James joking the “suspense is killing me” as he waited for the drinks to be set on fire.

He also shared pictures from their opulent Turkish feast, which included flatbreads, halloumi, dips, and salads.

James then uploaded a series of playful videos of him and Megan larking about for the camera after they finished their meal, with the model and influencer drinking a margarita while James sipped on a glass of red wine.

The couple are cuddled up together on a blue sofa as Megan began to tease James about his long hair, prompting the reality star to ask his fans if he should cut his locks off.

“I don’t care what anyone says, my hair’s the guv’nor,” James told the camera.

“It's because you have the same lesbian bob as me that's why I like you. People say that. If. you look like someone you are attracted to someone,” Megan quipped.

“You did say you like girls and I look like a girl... it's a win win. It's gone to the next level. We are not friends anymore, we are lovers. She likes girls, I like a good girl,” he joked, referencing his new girlfriend’s sexuality.

Megan and James were first spotted locking lips late last month, and in pictures obtained by The Sun, they were pictured enjoying a steamy moment outside the swanky Amazonico restaurant in Mayfair, London.

A source told OK! the relationship is nothing serious, and both Megan and James are just enjoying “having a bit of fun”.

“They both like each other and are enjoying spending time together. He's definitely got his hands full with her, but he's said he's into her,” they added.

Megan and James, who are both single, first met while filming the reality series Ex On The Beach earlier this year.