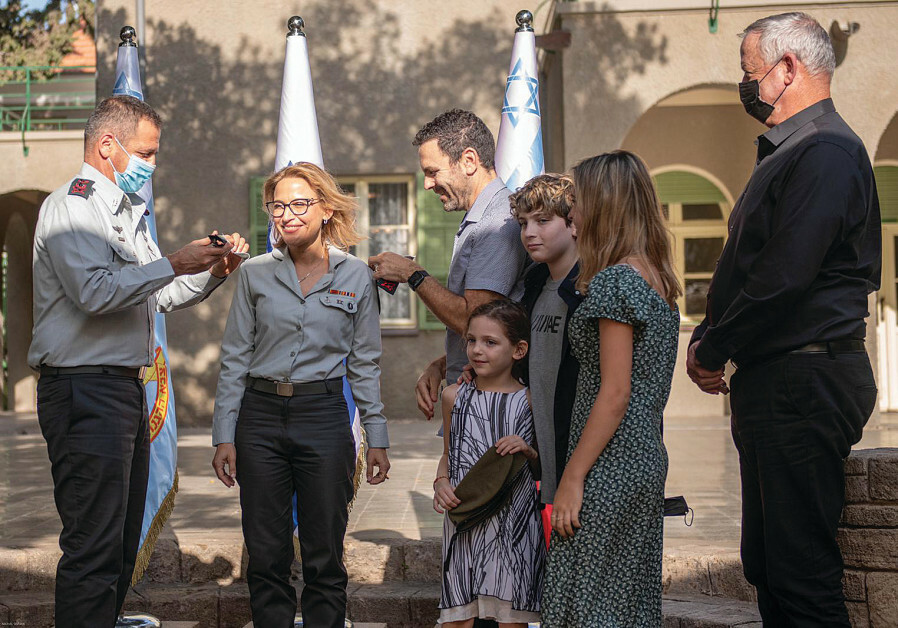 There is a debate as to whether Tomer-Yerushalmi’s appointment signals a new level of IDF commitment to women in senior roles or whether the appointment was partially a response to criticism that Chief of Staff Lt.-Gen. Aviv Kohavi has not made gender equality a priority.

Regardless of where one stands on this debate, there seems to be universal approval of Tomer-Yerushalmi, 47, as a stellar candidate who would have won the “race” for the post simply based on her résumé and personal qualities.

Tomer-Yerushalmi already held the rank of brigadier-general as Kohavi’s adviser on gender issues, which means she was a rank higher than most of the top officials in the IDF legal division, who tend to be colonels.

To non-military outsiders, the esoteric nature of these ranks may seem meaningless. But in the IDF, being a major-general means Tomer-Yerushalmi starts from day one with the same rank as all members of the high command other than Kohavi himself.

This has concrete value when it comes to getting other members of the high command, or even other brigadier-generals, to promptly comply with the legal division’s directives without having to ask the IDF chief for help.

TOMER-YERUSHALMI was born in Netanya in 1974 and earned a bachelor’s degree in law from the Hebrew University, following which she joined the IDF legal division in 1996.

As a matter of culture and tradition, only the IDF’s elite legal officers who are on a potential track to become future division heads are sent to the Charlottesville program.

Within the IDF legal division, she had two key posts early on, working directly with the army’s chief prosecutor and later with then-MAG (and later district court judge) Menachem Finkelstein.

From those posts she went on to be deputy chief central district prosecutor, head of the legal inspection division and head of the legislative and communications division.

From 2007-2015, she served as an IDF judge, achieving multiple promotions.

In 2015, she returned to the IDF legal division as chief of the entire legal advice division and with the rank of colonel, then in July 2019, she was promoted by Kohavi to handle gender issues for the entire military.

Former IDF deputy MAG Col. Eli Bar-On told The Jerusalem Post that Tomer-Yerushalmi “is brilliant, a great legal scholar and acts decisively. She is talented at sorting through and homing in on the key issues in the full spectrum of issues.”

In addition, she is “very fast thinking and is quick to make strong interpersonal connections with people – both important qualities for this role.

“As a young officer, she was already regularly working with senior people at the top of the IDF prosecution,” and frequently people who work closely with such senior officers also later move up to fill top roles.

More specifically, Bar-On mentioned that during “the Second Intifada she handled a mix of criminal, operational and international law issues,” adding that the fact that the cases took place against the backdrop of the intifada meant she confronted a layer of much greater complexity.

He said Tomer-Yerushalmi was involved when Israel’s top legal officials formulated the new paradigm of combining both law enforcement and war-fighting approaches for handling the complex mixed situations the IDF had to manage in the West Bank.

“On one hand there is real war with heavy arms and tanks, on the other hand you are fighting in a civilian area. This was brand new – Yifat was involved in defining this armed conflict-short of war paradigm,” he said.

She had to deal with terrorists, suicide bombings, large numbers of murder cases at the same time, thousands of administrative detention cases and thousands of soldiers being stationed constantly in the West Bank and Gaza – both as a lawyer and then as a judge.

Moreover, Bar-On said that when he was the chief prosecutor of the Central Command and air force and he regularly sent his team of lawyers to court, he was always pleased when he knew she was hearing a case.

He called having her as a judge “a clear gain for the lawyers since it meant having such a professional judge who also helped train them by example.”

He said her being in the role gave her greater exposure to the full spectrum of army units, something that even higher level IDF legal officials may not always get to the same extent.

Bar-On said that Tomer-Yerushalmi being “the first female military advocate general and second major-general in the IDF is very important… and it is good to have the top post be a woman when a majority of the IDF legal division officers are women… but that besides the history, she got the position because she is a phenomenal candidate.”

The former senior official said that her mix of exposure to a variety of criminal and legislative issues with both the perspectives of a lawyer and a judge were a huge benefit.

As head of the legal advice division, he said she encountered just about every kind of controversy the IDF deals with before the High Court of Justice and the Knesset.

Although some have arrived at the top legal post with experience weighted more overwhelmingly toward criminal issues, he said she will be more ready than others have been to fulfill the two distinct hats of the MAG – as both the IDF’s top prosecutor and legal adviser.

Next, he said her role as the IDF’s top official on gender issues would empower her to further advance women’s equality and roles in the military.

He also said she has a knack for innovation, which will help her on issues from exploring new ways to fight sexual harassment to issues far beyond the ongoing gender debate.

The former top official also said her strong support and familiarity with Kohavi and Defense Minister Benny Gantz – from her prior role as the military’s gender issues commissioner – would help on initiatives across the board.

One critical difference between Afek and Tomer-Yerushalmi is that her predecessor worked inside the IDF’s elite international law unit, making him uniquely qualified these last six years to confront challenges posed by the International Criminal Court and in the global arena generally.

Internationally, Afek’s greatest challenge was probing the 2014 Gaza war, in which 2,100 Palestinians were killed, of which 50%-80% were civilians, and the ICC’s criminal investigation of the issue.

Afek also had to manage the 2015 Hebron shooter incident in which Elor Azaria made global headlines when he was caught on video shooting an immobilized Palestinian terrorist in the head, the 2018 clashes with Palestinians on the Gaza border, leading to hundreds of deaths, and this May’s Gaza war, in which more than 200 Palestinians were killed.

The outgoing MAG needed to help navigate IDF use of force against Hamas and Hezbollah, and in the West Bank and in farther off arenas in the region.

Former senior officials were confident that she would rise to the occasion in handling such issues, which go beyond merely the reputation of the IDF and can impact the State of Israel’s diplomatic standing and relations with the US and key countries in Europe.

Like Afek, who was the first openly gay MAG, these officials believe that Tomer-Yerushalmi will not hesitate to indict top IDF officials who commit crimes – with Afek leading the indictment and conviction of high-ranking and popular Brig.-Gen. Ofek Buchris for sexual offenses.

While having Tomer-Yerushalmi as one of the outer faces of the IDF may assist the military to humanize itself when coping with human rights or other criticism, critics should not expect her to radically change the rules of engagement to be more restrained.

In that arena, she is viewed as backing the current mainstream views of the IDF about war-fighting, which also sometimes takes counter criticism domestically that it should be more aggressive against the Palestinians.

Rather, the consensus view seems to be that she is capable of handling all international issues, but her focus will be more on a progressive approach to internal IDF issues, such as gender and integration of the haredi (ultra-Orthodox) and other special sectors.

Based on all of the domestic and global challenges facing the IDF and its legal division, Tomer-Yerushalmi will need all of her experience and talents since her hands will be full from day one.