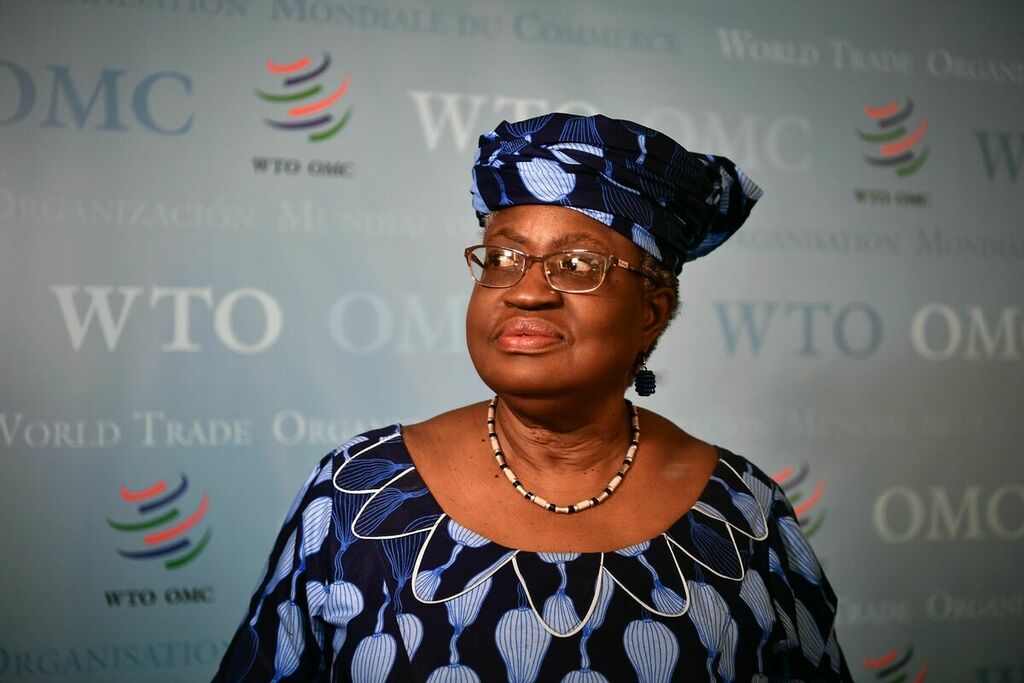 The incoming chief of the World Trade Organization has a reputation for shaking up the guardians of wealth and power that will come in handy in her new role.

During Ngozi Okonjo-Iweala’s effort to root out corruption during her first stint as Nigeria’s finance minister, opponents of her plans nicknamed her “Okonjo Wahala” -- “Okonjo the trouble maker.”

The 66-year-old development economist embraces the moniker and true to form, trouble was what Okonjo-Iweala withstood campaigning for the WTO job. Finding herself on the wrong side of the Trump administration, her lack of trade-negotiating experience made her the target of a unilateral U.S. veto despite the endorsement of the organization’s selection committee and almost all other member nations.

Now, with President Joe Biden’s administration’s blessing after the only other candidate withdrew, Okonjo-Iweala is poised to become the first woman and the first African to lead the WTO in its 25-year history. She will also be the first American citizen to hold the organization’s top job.

“She is this wonderful, soft, very gentle woman with an authentic approach to problems but, boy, under that soft glove there is a hard hand and a strong will behind it,” European Central Bank President Christine Lagarde said in an interview. “She is going to rock the place.”

The WTO badly needs to be shaken up. All three pillars of the Geneva-based trade body’s work are under threat. Its usefulness has been called into question as China’s brand of state capitalism increases its footprint on the global economy, fomenting criticism from Brussels to Brasilia.

The organization has struggled to produce meaningful multilateral agreements, its trade-monitoring function consistently underperforms and former U.S. President Donald Trump neutralized the WTO appellate body in late 2019. With a budget last year totaling $220 million and a staff of more than 600, it has become a toothless bureaucracy during the most disruptive period for international commerce in generations.

Add the pandemic to the turmoil, and the WTO’s most substantive work was ground to a near standstill last year and spurred its previous director-general to quit unexpectedly.

The WTO plans to hold a meeting in the coming days where its members will consider a final decision on Okonjo-Iweala’s candidacy. If none of the WTO’s 164 members oppose her, she will be appointed for a four-year term, with a possible four-year extension in 2025.

Okonjo-Iweala has pledged to find common ground among the trade body’s disparate membership. She hopes to score some early negotiating wins -- such as a multilateral accord to curb harmful fishing subsidies -- as a means to restore trust and build momentum for larger deals.

During her campaign for the job, Okonjo-Iweala portrayed herself as both a trade outsider and a power broker in global finance, pointing to a 2005 agreement she helped secure to write off $18 billion of Nigeria’s debt to the Paris Club, a group of mostly western government creditors.

Okonjo-Iweala persuaded skeptics -- like former U.S. President George W. Bush -- that despite the high price of crude at the time, Nigeria’s $25 billion in oil revenue only amounted to 50 cents a day for each Nigerian, and debt relief was necessary to put Nigeria on the right track.

“The way she brought about the debt deal was incredible,” said David de Ferranti, who worked with her at the World Bank. “Very few people could have done that.”

After moving to Washington, she quickly rose through the ranks at the World Bank and in 2013 was named managing director -- the organization’s highest unelected position.

Until recently, Okonjo-Iweala served as the board chair at the Global Alliance for Vaccines and Immunization, an experience that could help the WTO navigate the health and economic implications of the Covid-19 pandemic.

“She will bring a different kind of global perspective to the WTO than anyone before her,” former Australian Prime Minister Julia Gillard said in a phone interview. “She has a global view of challenges and problems and is insightful about solutions.”

During her two terms as Nigeria’s top finance official, Okonjo-Iweala helped stabilize one of the world’s most volatile economies by leading significant reforms to the country’s energy-based economy. The issues she confronted in that role were politically thorny, economically ponderous and personally dangerous.

Her efforts led to death threats from entrenched interests and in 2012 a group of kidnappers -- frustrated by Okonjo-Iweala’s efforts to fight corruption in Nigeria’s oil industry -- abducted her 83-year-old mother and demanded she resign immediately.

Okonjo-Iweala immersed herself in work and recalled the advice of her father -- a Nigerian king -- who told her as a child to “never allow anyone to intimidate or blackmail you.” Ultimately, her mother survived the ordeal.

As the WTO’s next director-general, she’s going to need fortitude and persistence.

Among the most significant challenges before any repair work begins: undoing the deep level of mistrust between rich economies and those of the developing world. That bad blood has given rise to protectionism -- the antithesis of the WTO’s mission of “open trade for the benefit of all.”

Okonjo-Iweala is aware that a big part of her job will be refereeing the trade battles between the China and the west.

“You have developed-country members who believe they have borne the burden of liberalization -- too much of it -- and that maybe advanced developing countries have maybe not borne enough,” she told Bloomberg in a phone interview. “I’ll be listening to the developed countries, listening to the advanced-developing countries and the least-developed countries and asking ‘Where is there common ground?’”