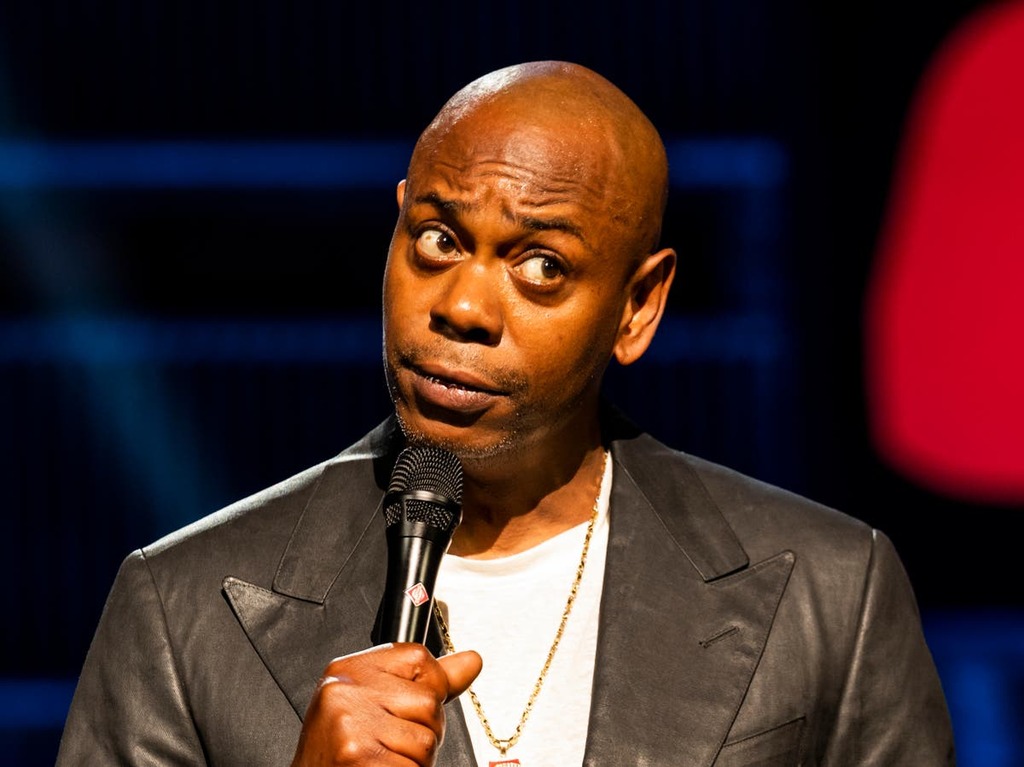 In 2005, one of America’s biggest comics walked off set mid-scene and didn’t come back. This was Dave Chappelle, and after two hit seasons of his show on Comedy Central, he had just signed what he thought would be the biggest contract of his life – a $50m deal to keep making it. After walking away from the show – and that huge pay cheque – Chappelle could only joke about it later on The David Letterman Show. “Technically, I never quit,” he said. “I am seven years late for work.”

Chappelle had become known for his satire on race in America – he did short eclectic sketches (which would later serve as the blueprint for comedians like Keegan-Michael Key and Jordan Peele) featuring Black men from the 1970s time travelling to beat up slave masters, racist police, and Chappelle in “whiteface”. Meanwhile, his observational stand-up often poked fun at celebrity and the inner workings of the industry – asking, for example, why in times of national crisis, US TV stations would get celebrities like Ja Rule on the phone. It was an edgy comedy that aimed to make social commentary, and very popular. But in the blink of an eye, that was all over. After disappearing from the public spotlight for a year (and many rumours that he had had a mental breakdown) Chappelle explained to Oprah: “I was doing sketches that were funny, but were socially irresponsible.”

So why, in 2021, is the comic now targeting queer and trans people? Chappelle’s slow and uneasy comeback began in 2016 – when, against all odds, he topped his 2005 Comedy Central offer with a minimum $60m Netflix deal. The promise was that he would get at least three $20m specials – a number of which already saw backlash from audiences, due to jokes about the #MeToo movement and the trans community. A new special, titled The Closer, dropped on the streaming platform on Tuesday, and it appears Chappelle has doubled down.

By the show’s 10th minute, Chappelle gives his musings – at length – on his gripes with gay people and women, detailing a physical fight he had with a lesbian (whom he continually misgenders, referring to her as a “man” throughout his retelling). He tells us about another argument he had with a woman who recognised him in public, and jokes about how he felt like killing her and throwing her in the trunk of his car. He explains that, until recently, he didn’t know what the textbook definition of a feminist was. He uses a slur against lesbians. He jokes about rape. And finally, he ironically ponders why people get the impression that he hates women.

Then come his specific attacks on trans women. Chappelle oscillates between decrying North Carolina’s bathroom bill – which until recently forced trans people to use bathrooms that corresponded to the gender on their birth certificates – and calling himself “transphobic comedian, Dave Chappelle”. He makes dehumanising jokes about genitalia. He misgenders the late comedian Daphne Dorman as he discusses her suicide. He tells an anecdote of an argument with yet another woman (is Chappelle’s entire offstage life just him getting confronted by people he’s vilified?) who was rightly hurt by some of his transphobic jokes. But to Chappelle, the trans struggle and the Black struggle are at odds, and he dismisses her using this logic. His attack, which goes on for the entire second half of Chappelle’s set, culminates in the announcement: “I am Team Terf” (which stands for “trans-exclusionary radical feminist”).

Although The Closer’s bigotry has made headlines (and a number of Netflix affiliates have spoken out and quit in protest) it feels like we all should have seen this coming. Chappelle opened his 2017 special The Age of Spin with what seems to be his current guiding principle, saying: “Sometimes, the funniest thing to say is mean.” In the rest of that special, he belittles the trauma of the women sexually violated by fellow comedian Louis CK, and makes jokes about survivors of R Kelly’s abuse. These jokes were obviously not funny, but “mean” wasn’t necessarily the right word either. They were – as Chappelle had previously feared – socially irresponsible.

Back in 2005, there was a very specific incident that had made Chappelle realise his comedy might be harmful. In a sketch he considered to be ironic, he was dressed in blackface and dancing, when he heard the loud echo of a white man’s laughter reverberate across the set. To Chappelle, this was evidence that his satire wasn’t working: regardless of his intention, some people felt he was giving them the green light to laugh at an oppressed minority. Over 15 years later, The Closer confirms that Chappelle is no closer to remedying his original problem. After all, he is still drawing out mean-spirited laughs from a crowd – the difference is that the laughs are now at the expense of another marginalised group.

Since this punching down began (although not widely publicised, people have been pushing back against Chappelle’s transphobia since 2010), you’ve got to wonder how there’s currently a market for his material. This is a comedian who made his name doing satire that poked fun at racists. So, in 2021, as he mouths off about minorities, who are the people who continue to fill seats to his shows? After some of The Closer’s vilest jokes, I do spot a few people in the middle of the crowd who are clearly having a horrible evening – as everyone laughs along, their faces are stone cold in protest. I don’t know which Dave Chappelle they came to see, but it seems he’s long gone.