Nottingham's LGBT+ scene has had some difficult times over the past two years due to the strain that Covid restrictions placed on nightlife in the city. Overnight many bars, clubs and venues were forced to close which cut off vital safe spaces for the community.

It sparked fears that the Nottingham scene could look very different upon reopening. Far from being the case, the LGBT+ community has risen to the challenge of providing spaces for the queer community.

Gladrags, a group of drag performers and DJs, have played a huge part in repairing Nottingham's fractured gay social scene by working hard to create thriving events. From drag bingo at Rough Trade to hosting new and exciting young performers at Pop World, the performers say that lockdown created the perfect opportunity to start brainstorming about what they could do.

Drag queen Nana Arthole said: "Gladrags was born out of lockdown after we had a lot of discussion on what we wanted to do when we were able to get back out there again. We had been working on a lot of things together over the years and we started to wonder what it was going to be like for people to come back to things, post-lockdown."

She added: "Initially we were only going to do Rough Trade and it was by pure happenstance that Pop World on Cheapside was looking to start an LGBT+ night. We went and met with them and before we had even done our first show we had residencies."

Marilyn added: "We got creative during the lockdown. I was churning out outfits because you have to have a hobby. I had all of these fabulous dresses to wear and nowhere to wear them. So we made somewhere."

Gladrags are known for alternative club nights and drag bingo at Rough Trade on Broad Street. Nana says that while the scene is growing, it still needs support if it is to survive.

DJ Boz said: "Gradually people are starting to get back out there and we've had a good reception to our nights. There have been many others popping up like Issa events and there are the established venues doing things like Forresters and Lord Roberts. It's important that if people want there to be queer nights then they need to come along, support the events and help to build a scene in Nottingham again."

Heading back into the clubs and bars has been a nerve-wracking experience for some including the city's bar staff, performers, bouncers and Gladrags themselves.

Marilyn said: "It was definitely weird coming back because this was our job and what we wanted to do with our time and money. We couldn't put it off forever. You have to bite the bullet at some point but it did feel odd. When we first went back into it, I had to start wearing shoes and hip pads again because everyone was used to seeing me just on a screen."

Nana agreed: "Wine is cheaper at home as well so I didn't miss that. The first thing I thought of when I opened the door was that what if people don't come? But then they did en masse and it was really busy and lovely to see everyone. It was a breath of fresh air to be back."

Nottingham Pride is set to take place across the city this summer on July 30. It's the first time that the pride celebrations will go ahead since Covid restrictions saw parades and events cancelled or rescheduled.

DJ Boz said: "We are going to be doing a huge show at Pop World for pride that will have performances from Terri Box and Lady Bushra. We also have Lil from Manchester and Liv from Norwich performing on the night alongside Marilyn and Nana too. It's going to be a big queer mix of mainstream, alternative and a really big night."

When it comes to the rebirth of the city's scene, much has been done but there is still a lot to do. A lot of the queer scene still revolves around nightlife and drinking culture even though this is starting to change with football clubs and pop-up cinema nights.

She added: "People need to actually go out and support too because if you want there to be a queer scene then you cannot get complacent. If you think, I'll go to the next one, the next one, then before you know it, there won't be a next one. If we could have stuff that wasn't solely based on nights out too like craft clubs or dedicated queer spaces that did social things. That would be amazing to see."

Tickets to the Gladrags Pride event will be on sale through the Dice.fm website from Thursday, May 19. 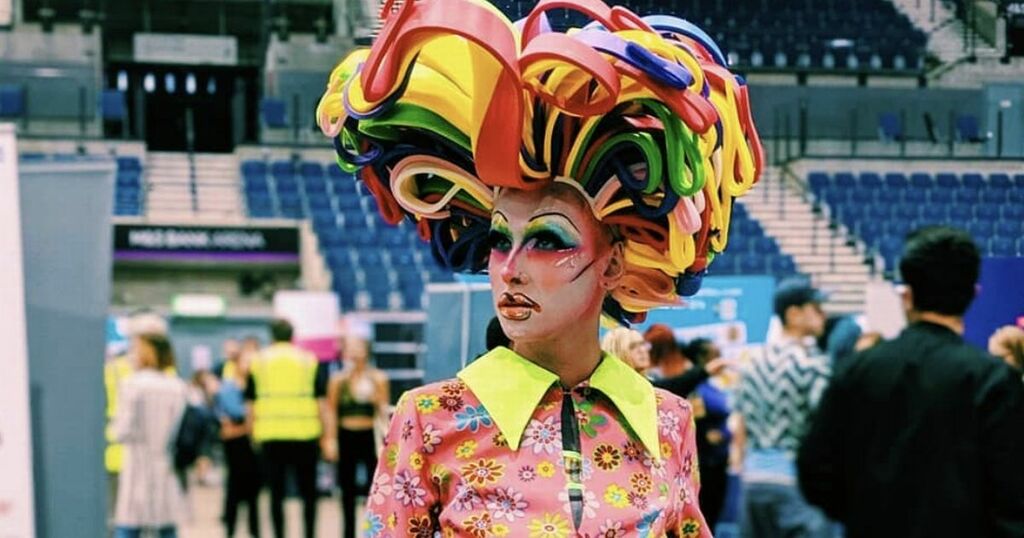 Liverpool's queer disco allows performer to feel 'part of a family once a month'
Jake Jervo, otherwise known as Jackie Jervo, first started doing drag at the age of 18