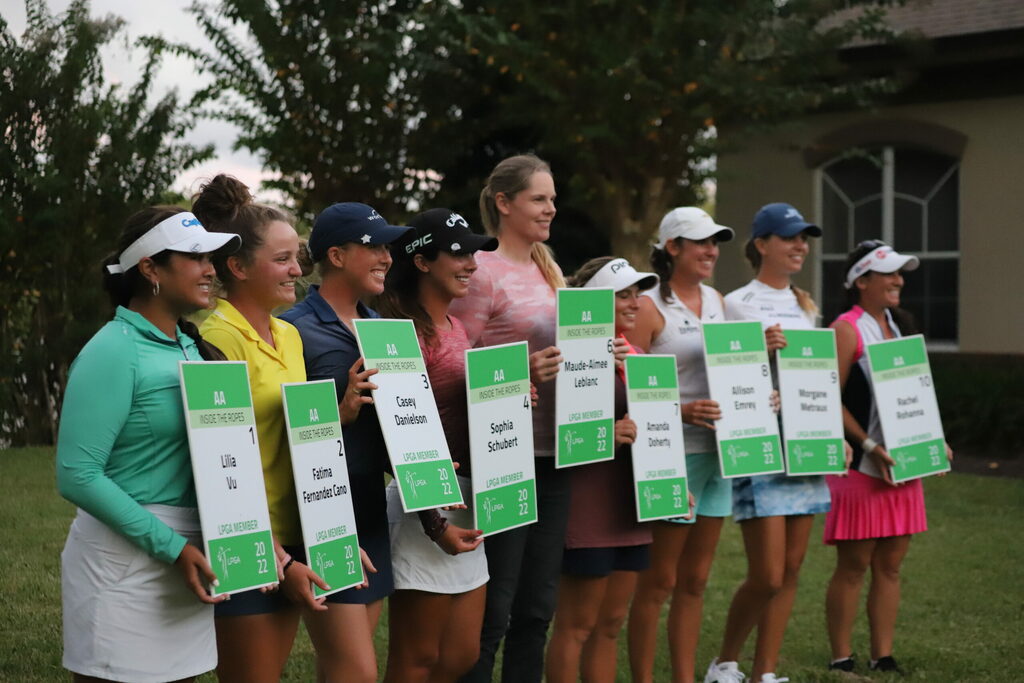 Heading into the Symetra Tour Championship, the 20th event on this year’s schedule, six players had already wrapped up LPGA cards for the 2022 season. Four more followed after the 72-hole event at LPGA International.

3. Casey Danielson, 26, Osceola, Wisconsin, $114,534 – A two-time winner this season, Danielson wrapped up the season with a runner-up showing at Tour Championship. Member of the 2015 NCAA-winning Stanford team. Certified yoga instructor.

5. Ruixin Liu, 22, Guangdong, People’s Republic of China, $95,281 – Two-time winner this season who played in only 13 of the tour’s 20 events. Boasts six career victories on the developmental tour. Won the 2018 Symetra Tour Player of the Year Award. Made three starts on the LPGA this season, finishing T-16 at the Pure Silk.

7. Amanda Doherty, 24, Atlanta, $90,921 – Florida State grad finished the season in a share of third at the Tour Championship for her eighth top-10 finish. Leads Symetra tour in putts per greens in regulation. Named Gaelle Truet Rookie of the Year.

9. Morgane Metraux, 24, Lausanne, Switzerland, $75,771 – Notched her first Symetra victory in June at the Island Resort Championship to earn a spot in the Amundi Evian. Chose to play skip the Tokyo Olympics to fulfill a dream of playing the Evian. Sister Kim, who also played at Florida State, competes on the Ladies European Tour.

10. Rachel Rohanna, 30, Marianna, Pennsylvania, $75,608 – Busy mom to daughter Gemelia makes her way back to the LPGA thanks to a hot stretch in July that included three top-three finishes. Ranks first on tour in eagles. Family runs a cattle ranch in Pennsylvania.