Meet Patrick Cantlay’s caddie, ‘The Rev’, who went from worrying about his job to a huge payday in 3 weeks 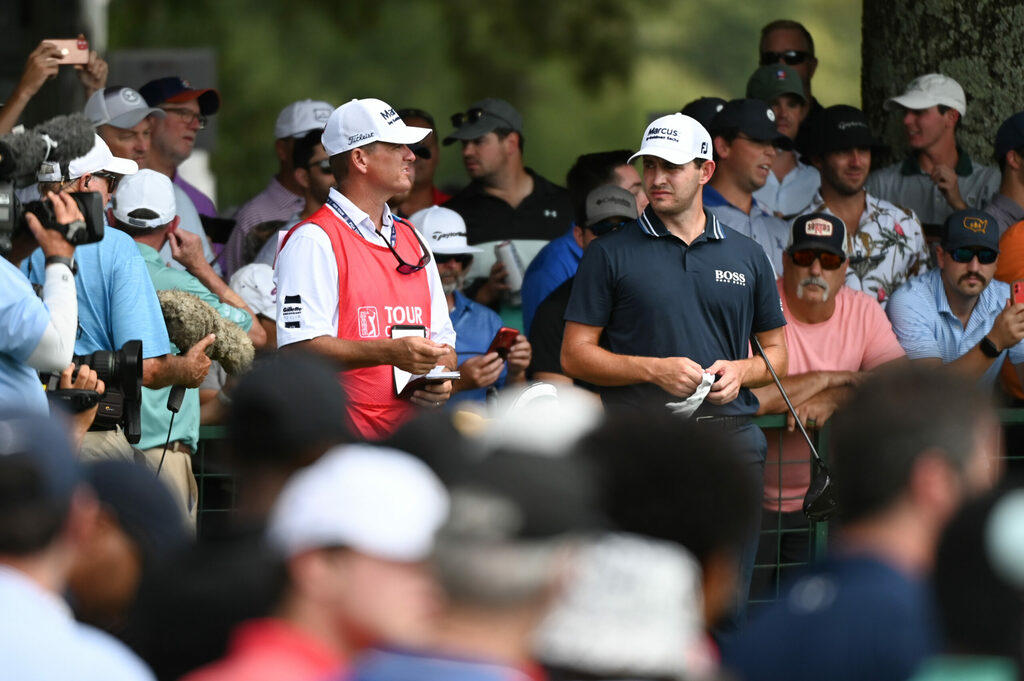 How does a guy go from worrying about losing his job to cashing the biggest check of his life, all within a three-week period?

By becoming a PGA Tour caddie.

Just ask Jupiter, Florida, resident Matt Minister. This job is not for the faint of heart.

Minister – nicknamed “the Rev” because of his last name – is used to going through highs and lows. That goes with the territory when you’ve been a Tour caddie for two decades.

But nothing could prepare Minister for the craziness of the last three weeks, which finished on a high note Sunday when his boss, Patrick Cantlay, won the Tour Championship. It was Cantlay’s second consecutive victory and earned him the $15 million bonus for winning the FedExCup title.

Normally, a caddie receives 10 percent of the check when a player wins. Minister wasn’t getting into specifics Tuesday – “Patrick and I have an arrangement and I’ll keep that between us” – but it’s safe to say Minister made more money the last month than many people earn in their lifetime.

“Never in my wildest dreams,” Minister said Tuesday, when asked to describe the events. “I knew Patrick was playing well … part of it hasn’t set in yet.”

But before the celebration came the concern: The 47-year-old Minister tested positive for COVID-19 just as the PGA Tour’s regular season was ending last month. He was sick for 13 days, prompting Cantlay to bring in Tiger Woods’ caddie, Joe LaCava, for the first playoff event.

Being a caddie carries as much job security as a tightrope artist. You’re always one bad step from a disaster. And LaCava is one of the best caddies.

“In this job, you hold on as tight as you can,” Minister said. “You want the job. Any week you’re missing out, strange things have happened.

“I wanted to work that week, but Patrick told me to stay home. He wanted me to get better.”

Minister watched as Cantlay finished 11th at The Northern Trust. Minister arrived at Caves Valley – site of the BMW Championship – the same day as the final round of the rain-delayed Northern Trust ended. He had a message for his boss after he walked the course.

You think a caddie doesn’t know his player? Cantlay set a PGA Tour record for most strokes gained putting at Caves Valley – almost 15 shots on the field – and that didn’t include a bunch of putts he made in his mesmerizing six-hole playoff victory over Bryson DeChambeau.

Cantlay continued his torrid play last week when he made more clutch putts at East Lake to beat Jon Rahm by a shot at the Tour Championship. It was the sixth victory for the Cantlay-Minister duo and obviously quieted any job concerns.

“My wife Julie and I were talking yesterday, and she said this was the craziest month of my life,” Minister said.

Then again, it’s a crazy job. A quick recap of Minister’s career:

• After playing golf at Ohio State, Minister moved to South Florida in 1998 to play the Golden Bear Tour. After making the cut in 14 of 15 events – and breaking even – Minister switched to caddying on the PGA Tour for former college teammate Chris Smith.
• Minister’s career languished to the point where in 2006 he was working as a club caddie at the McArthur Club in Hobe Sound. He ran into McArthur co-founder Nick Price, who recognized him as Smith’s former caddie and asked him what he was doing there. Price was about to join the PGA Tour Champions, so he asked Minister to caddie for him and they won four times together during the next five years.
• Minister started working for promising South Korean Sangmoon Bae in 2012, and they won a pair of tournaments together. But that job ended quickly when Bae had to fulfill his two-year military obligation.
• After bouncing around with a half-dozen players, Minister was supposed to work for Chris Kirk at Pebble Beach in 2017 – only to have Kirk cancel on him at the last minute.

As luck would have it, a representative for Cantlay called and asked Minister if he wanted to caddie for him. Cantlay had missed more than two years with a back injury and his former caddie had died in a car accident. Cantlay’s first week was Pebble Beach.

“I had already made travel plans and gotten a hotel in Pebble,” Minister said. “It made the decision a lot easier.”

It was almost like divine intervention for “the Rev.”

Cantlay has won six PGA Tour events – and earned more than $35 million – with Minister as his caddie. Despite their 18-year age difference, they mesh together well – sometimes Cantlay calls him “Dad.”

“Matt does such a great job making everything easy for me,” Cantlay said. “We have a great relationship on and off the golf course. I know I can always depend on him.”

Minister’s crazy month isn’t over. In two weeks, he will get to caddie in his first Ryder Cup at Whistling Straits. At almost 50.

“I get butterflies just thinking about it,” Minister said. “People have told me how wild those Friday morning matches will be.”

Can’t be as wild as the last month.