World number two Daniil Medvedev on Tuesday ruled himself out as a title contender at next week's French Open after losing his first match back after a hernia operation.

The US Open champion, who underwent surgery last month, was beaten 6-2, 7-6 (7/5) by French veteran Richard Gasquet in the Geneva Open round of 16.

The Russian said it was hard to look beyond Rafael Nadal and Novak Djokovic as favorites to win the second Grand Slam of the year and said he would work further on sharpening up his game in the remaining days before Paris.

"I don't play my best tennis on clay courts. I know that I'm capable of making some good results, as I did in the past. But for this I kind of need to be in the zone," Medvedev told reporters.

"I don't feel as confident on clay as on other surfaces, that's why I lost 7/5 in the tie-break finishing with a double fault. It's disappointing but I've had tougher losses in my career.

"Physically I felt not bad. With more days of practice I should be ready for Roland Garros." 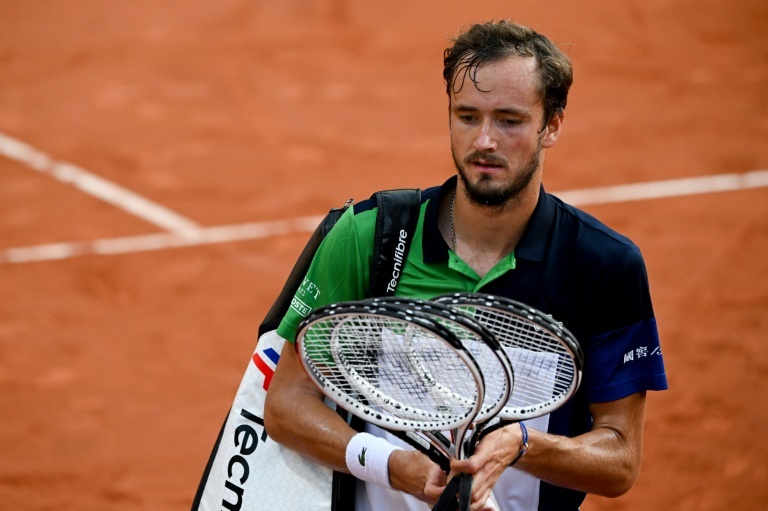