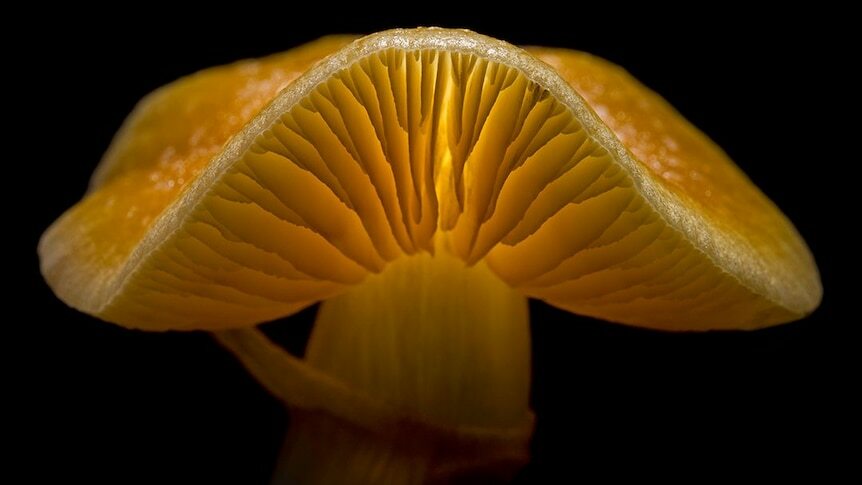 A WA-based medicinal cannabis company has been given regulatory approval to produce psilocybin, a hallucinogenic substance found in magic mushrooms, to supply for medical research.

The WA Department of Health has granted Little Green Pharma (LGP) a Schedule 9 licence to produce the psychedelic drug being trialled in the treatment of mental illnesses such as PTSD and anxiety.

"So we're certainly hoping to be able to be an Australian supplier of that drug to the medical research community."

The company,  based at an undisclosed location in WA's South West, has produced medical-grade cannabis products since 2018, but this license marks its first foray into the psychedelic market.

"We're very confident that the knowledge and the physical facility that we've got in the South West can be used for psilocybin production," Mr Duffy said.

"The psilocybin is extracted from mushrooms that would be grown within our facility.

"There is the capacity, there's the technology, to chemically synthesize psilocybin, such as produce it in a lab and therefore into a powder or pill form.

Mr Duffy said the project could deliver broader benefits to the WA economy if research leads to manufacturing in the future.

"We hear a lot about WA being very focused on resources and agriculture. This is a real opportunity to be involved in an industry that is of global significance from a research perspective," he said.

Lagging behind the rest of the world

Dr Nicole Lee, a professor at the National Drug Research Institute, said access to psilocybin even for research purposes is limited at the moment.

"Having a local pharmaceutical supplier who can manufacture a product with a consistent known dose would mean that more research could be undertaken in Australia," she said.

"We are lagging behind the rest of the world in this area."

Professor Lee said that there had not been significant advancement in psychiatric treatment for a long time so it was exciting to see the number of safety trials underway around the world.

"These are the large-scale trials that can tell us whether a treatment is better than a placebo or currently available options for these conditions," she said.

"We still don't know the long term effects, but the results are very promising.

"The most common target in research is depression and anxiety, especially in end-of-life cancer patients, and it's also being considered for smoking cessation, alcohol and cocaine dependence, and OCD."

"We are seeing an upswing in psychotropic research and we are pleased companies like Little Green Pharma are seizing the opportunities to produce these products," she said.