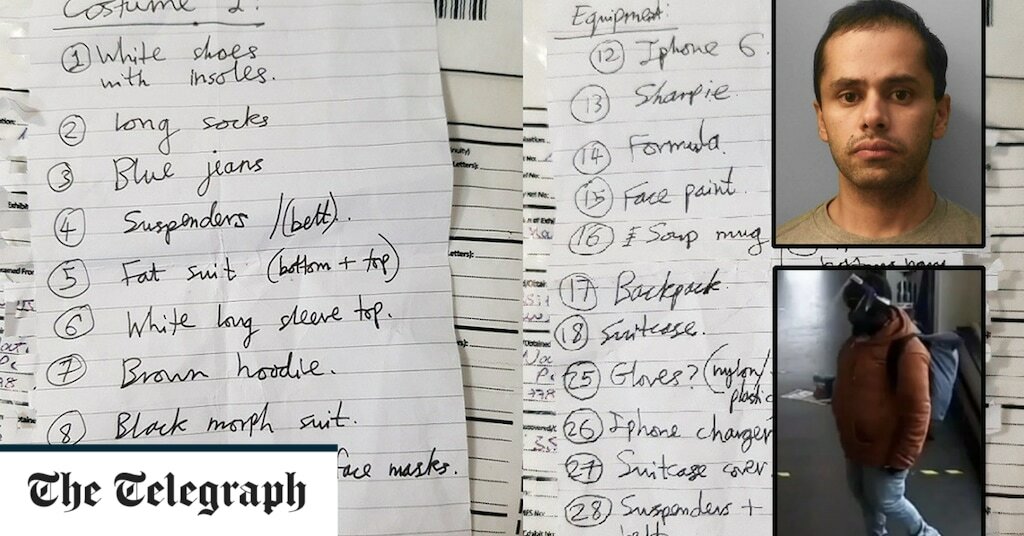 A medical student used a fat suit to disguise himself as a woman and throw acid over his ex-girlfriend, a court has heard.

Dr Rym Alaoui, 25, suffered “life-changing” injuries when she was attacked on the doorstep of her Brighton home in May by Milad Rouf, her ex-boyfriend .

She was rushed to the Royal Sussex County Hospital, where she works, suffering from injuries to her face and chest. As a result of the attack, she has been left blind in her right eye and is unable to close her eyelids at night.

On Thursday at Lewes Crown Court, Rouf, 25, was sentenced to 15 years imprisonment after pleading guilty to maliciously throwing sulphuric acid at his former girlfriend with the intent to maim and disfigure her. He will serve 11 years in jail with an extended licence period of four years after his release.

The court was told that the pair had dated for a few months while they both studied medicine at Cardiff University. But due to Covid they were unable to see much of each other and Dr Alaoui ended the relationship in March.

After Dr Alaoui graduated and got a job as a junior doctor at the Royal Sussex County Hospital in Brighton, East Sussex, her jilted ex-boyfriend plotted his revenge.

After drawing up a “meticulous” list of the material and clothing he would need, he travelled from his family’s home in Eltham, south east London, to Brighton and disguised himself as a large black woman using padding, make-up and a mask.

As she read the note, he threw sulphuric acid in her face and ran off.

Tests later conducted on the bottle found the sulphuric acid was at least 60 per cent strength.

The young doctor has since undergone five operations on her injuries and faces many more in the years to come.

In a statement read to the court, Dr Alaoui said: “Prior to this I was working a junior doctor and living independently. Now I am unable to attend work or live my life as normal. I have been robbed of years of my career and young adult life.

“The psychological effect of this attack has been colossal on me, my family and loved ones.

“I cannot begin to imagine how or why someone would commit such a horrible, premeditated act. It is impossible to fathom, find peace with or justify what was going on in his mind.”

She continued: “As a result of this crime I am facing years of operations, procedures and psychological therapy, trying to come to terms with both the mental and physical injuries.”

As the statement was read, Rouf, who was dressed in a white shirt and smart suit trousers, bent his head and wept in the dock.

The court heard Rouf had been suffering from depression after the death of his mother from cancer in March.

But Judge Christine Laing QC said that despite his mental condition there was no real explanation for his actions.