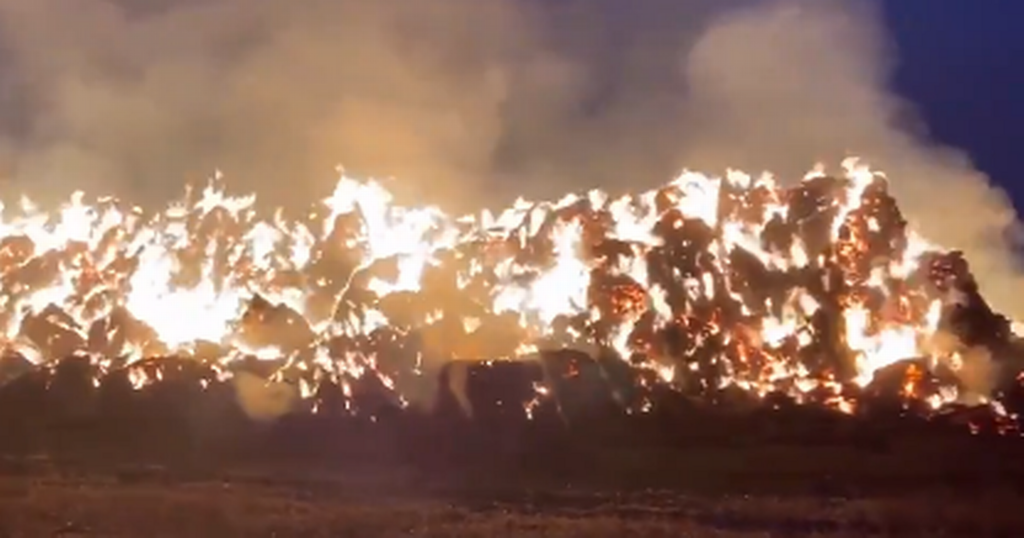 A unit from Meath Fire Brigade had to race to one of the most populated towns in the county on Sunday as a major blaze threatened to get out of hand.

Shortly before 7pm on Sunday evening, the call was put in as smoke billowed near Racehill in Ashbourne.

The Meath Fire Brigade made the public aware in a tweet which showed the extent of the damage.

A spokesperson at the time said: "We are currently in attendance an extremely large straw bail fire outside Ashbourne… The flames may be seen from a distance. The fire is contained to the field.."

Over an hour later, the blaze was still burning, as this scary video shows.

Local residents reported that the smell off the burned field, which is believed to have been started deliberately, was still in the air on Monday morning.