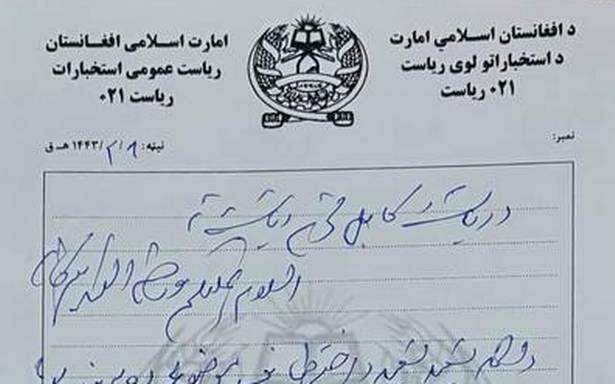 The Government of India is collecting more information about the alleged kidnapping of Afghan Hindu Bansri Lal Arendeh in Kabul. He was noted for his medicine business in Kabul.

A source in the Ministry of External Affairs (MEA) said the matter was being investigated. “We are aware of these reports. We are ascertaining the facts and getting more information,” an official stated.

According to Puneet Singh Chandhoke, who worked closely with Mr. Arendeh and the Sikh community, the abduction took place on Tuesday morning near Mr. Arendeh’s pharmaceuticals shop. “Bansri Lal Arendeh, aged around 50, has been in the business of pharmaceutical products for many years,” he noted.

The Taliban intelligence department has also issued an order signed by its director general, calling for urgent action to trace Mr. Arendeh. It also asked for scanning of CCTV footage.

Kabul depends on pharmaceutical support from India and a large number of medical tourists from Afghanistan are known to visit Indian hospitals seeking treatment. Kabul has around 200 Sikhs and Hindus, who remain there as flights to evacuate them have not been allowed by the Taliban. Smaller provinces and cities also have an unknown number of Hindus and Sikhs.

Kabul and other cities like Jalalabad have witnessed a large number of abductions and executions since the Taliban dislodged the government of President Ashraf Ghani on August 15. Citizens have uploaded many videos showing abductions which, the Taliban claims, are carried out by outfits like the Islamic State and other terrorists. However, the cases are yet to be properly investigated.