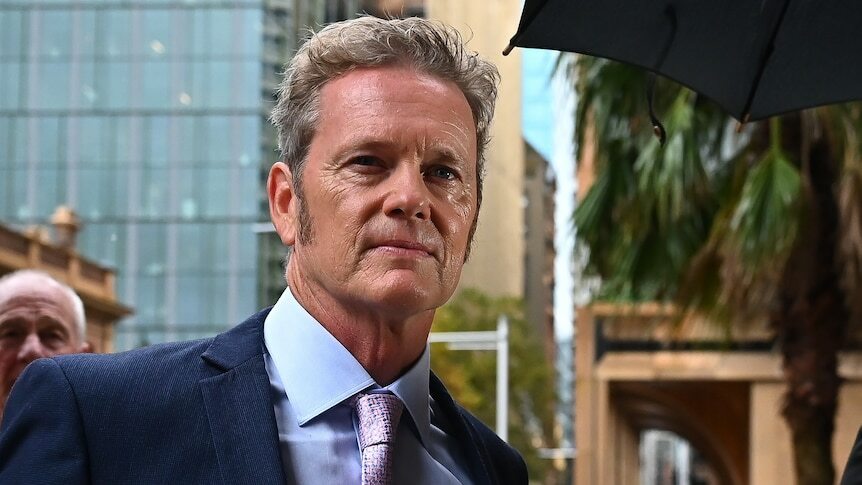 A court hears 11 women will give evidence about inappropriate encounters they had with actor Craig McLachlan during performances, filming…

Craig McLachlan has been portrayed in court as a powerful and angry lead actor who threw tantrums, threatened cast members and physically abused actresses.

On Friday, defence barrister Michael Hodge QC took a defamation trial jury through several incidents in which McLachlan, 56, was alleged to have been furious at supervisor directions, musicians missing cues, and fellow actors changing their performances without notice.

“Do you accept that you have a temper and a tendency to get angry easily?” the barrister asked.

Mr Hodge said the actor had threatened to put music supervisor Tony Castro into hospital after having one of his songs interrupted. Christie Whelan Browne and Tim Maddren, both Rocky Horror cast members, claim to have heard this threat.

McLachlan is also accused of yelling and kicking a rubbish bin after being asked to wear a wig, and calling other cast members “a bunch of untalented and ungrateful c****” after Maddren altered his performance during a bed scene in the 2014 stage production.

The actor admitted that he collided with actress Ashlea Pike on that same night but said he couldn’t remember whether she had injured her ribs and had to take several days off afterwards. He stuck by his story that the pair merely had the wind knocked out of them.

He denied grabbing Whelan Browne’s face in the final scene of the show that night and pushing it aside, and said he had gone to the actress’s room the following day to apologise because she was close to Maddren and was worried the two men were upset with each other.

McLachlan rejected allegations by Mr Hodge that the apology was for the alleged assault the night before.

Earlier on in the questioning, McLachlan admitted he may have sat on actress Erika Heynatz’s lap and kissed her neck in the green room of the theatre.

He claims he only did so because Heynatz would frequently “vampire kiss” cast and audience members on their necks during and after the show.

Mr Hodge suggested this was a lie to cover up why he had actually kissed Heynatz’s neck.

The actor is suing the ABC, Fairfax, and actress Christie Whelan Browne, 39, for defamation over publications in January 2018 relating to claims of misconduct during the 2014 production of The Rocky Horror Show and other productions.

He has denied the allegations in the publications, and has accused Whelan Browne and two other women of approaching the media for notoriety or money.

Craig McLachlanWhelan BrowneVanessa Scammell
Sign up to read this article

A court hears 11 women will give evidence about inappropriate encounters they had with actor Craig McLachlan during performances, filming…