McKinsey’s top executive wants to change how the firm operates 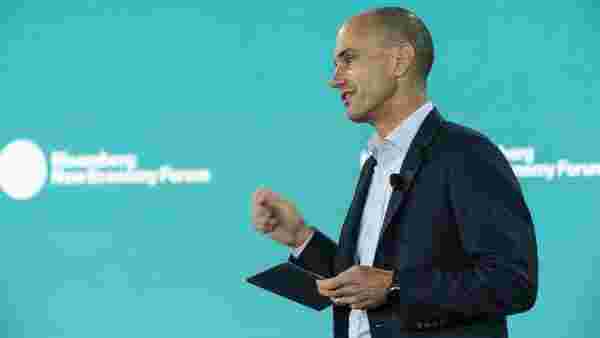 Bob Sternfels took over as McKinsey & Co.’s global managing partner in July at a difficult moment for the consulting giant.

The company’s former leader, Kevin Sneader, had failed to win re-election to a second term amid internal dissatisfaction with his handling of a series of crises that he inherited. It was the first time in decades a McKinsey leader served a single, three-year term.

McKinsey’s reputation also faced challenges. In February, the company announced it had reached a $573 million settlement over its previous work advising OxyContin maker Purdue Pharma LP and other drug manufacturers to aggressively market opioid painkillers. McKinsey admitted no wrongdoing. The firm also drew scrutiny in recent years for its work with some foreign governments, including Saudi Arabia.

Mr. Sternfels, a 27-year McKinsey veteran who previously served effectively as the firm’s chief operating officer, has said he would build on changes Mr. Sneader put in place to prevent future scandals. In his first months on the job, Mr. Sternfels embarked on a listening tour, meeting with more than 300 chief executives and talking with McKinsey employees world-wide. The firm employs more than 30,000 people, and Mr. Sternfels said he wants to make changes to how McKinsey operates, speeding up decision making and de-emphasizing employee tenure.

The 52-year-old executive spoke with The Wall Street Journal about his approach. Here are edited excerpts.

WSJ: What are some of your first priorities in the job?

As we think about helping leaders today, there are so many forces that have converged. Technology has been adopted at a rate that we’ve never seen; climate change is this generation’s leadership [challenge]; geopolitics are probably as uncertain as 1946, 1989—you pick the time. And talent markets are completely inverted; 40% of people want to change jobs.

What our clients are saying is, as leaders, none of them want to miss the moment. And so my goal is how do we have the courage to help them do something they normally wouldn’t have done.

The inclusive is actually about us; we’ve come a long way in terms of the composition of our firm, but I think we’ve only scratched the surface.

On being faster, the world’s never going to slow down again, and our clients are demanding that we move faster than they do. So how do we create a model that can actually move more quickly?

WSJ: At McKinsey, it seems that partners always sort of ran their own fiefdoms with relative autonomy. But now we’re in a world where clients in New York and San Francisco care about what you’re doing in the Middle East. Can the partnership model survive?

Mr. Sternfels: I think that it can. Clients demand the absolute best insight on something and not a regional insight on something. So, in some ways a global partnership model—done right—does allow the best-known method to be imported anywhere in the world. There are differences on what types of clients should we serve, what country should we be in? To make a partnership model work, you have to really invest in sharing perspectives and having honest debates, and engaging all partners on some of these decisions.

WSJ: Your predecessor helped oversee systems and processes to assess new clients, or to avoid taking on certain work. Do you think that approach is still effective, or is something different needed to avoid future scandals?

Mr. Sternfels: I guess I come at this with humility: Do you know what the future is going to hold with certainty? No. But what I will say is, I didn’t join the firm yesterday, and I’ve been with us for 27 years. In my previous role, who was designing and implementing those risk and client protocols with Kevin [Sneader]? It was me. Everyone knows that internally.

You can have a delegated model that empowers people if you have strong accountability and compliance. So we have taken big steps on client selection, where we now run everything through a framework. In addition to a selection process, we’re adding professionals; we hired a new chief compliance officer. So we’re not going backward. Does it ensure that we’ll never have scrutiny in the future? I can’t say, but I do feel it’s a firm that continues to evolve.

WSJ: When you think about your own career, what advice proved helpful as you took on different assignments at the firm?

Mr. Sternfels: It’s certainly not been a linear path. I think the biggest thing for me as I think about different chapters is a notion of how do you pivot from being obsessed with proving yourself to improving yourself? It’s maybe less a function of what’s going to be good for my evaluation or promotion, and more, what do I want to do as a professional?

I started on the West Coast at the beginning of the dot-com boom in the ’90s, but quickly transferred to South Africa. It was a wonderful experience to me, working with folks from different backgrounds. Most people’s advice at the time was: Why would you want to leave the heart of innovation in Silicon Valley to go to Africa?

One of the biggest pivots we can make in our own talent-development processes is pivoting from a culture that’s obsessed with evaluating people to one that’s developing people. And we’re wiring in a whole bunch of changes around that to try and get people back to [doing] what you want to do as a professional, not what people are telling you in terms of the evaluation process.

WSJ: Could this change affect how someone becomes a partner at McKinsey?

Mr. Sternfels: It could change everything. I’ll give you a mundane [example]. Internally, we have an app that we’ve built to search the firm. It can search colleagues, it can search expertise, all kinds of things. One of the first things that historically pulls up if I pulled up your profile is your name, your title and your tenure. I got rid of tenure on this. Folks were screaming: “How can you do this? It’s such a great search tool."

WSJ: What’s driving you to make some of these changes?

Mr. Sternfels: The root of it was clients and talent. Our work with our clients has really pivoted over the last 20 years. Similarly, the profiles of people joining the firm have widened enormously. [Years ago], the majority of people came straight from an M.B.A. There’s nothing wrong with that, but that’s 19% of our class today. The majority come from a much wider set of sources: both senior hires, technical talent. There are over 370 universities now that we recruit from. So if the profiles are wider and the type of help we’re providing is wider, a homogenous time-based [evaluation] system doesn’t work anymore, and you need much wider pathways for development.

WSJ: You’re in touch with a lot of CEOs. What kind of questions are they asking now?

Mr. Sternfels: This is a moment, and it’s a moment unlike any other. So there’s this almost existential question of: I don’t want a board, or my predecessor, or the press, looking back and saying, how did that person miss this? There is a real imperative, particularly for CEOs, to drive growth: How do I grow coming out of this pandemic? The other aspect is, am I thinking about inclusion? This has aspects of everything from, “I just can’t find the talent that I need to do what I need to do," to “Am I thinking comprehensively about reskilling the workforce?"

The last piece I would say on the minds of everyone is climate; the notion that it can’t be the next CEO’s problem. This is my problem. Almost 75% of our clients have made a net-zero commitment, and I’m sure we’ll be on a path to 100% soon. But underneath that, they’re asking: Is my approach material enough? Is it fast enough?