Initial audience excitement about returning to a galaxy far, far away in 1999's "The Phantom Menace" was quickly doused by the prequels' corny dialogue, arcane inter-galactic politics and Jar Jar Binks.

But as he steps back into his role for Disney+ series "Obi-Wan Kenobi," out next Friday, McGregor says he has been pleasantly surprised by a major re-evaluation of the prequels, particularly among younger viewers.

"One of the difficult things about being in the prequels was that when they came out, they were not seemingly well received," McGregor told a virtual press conference Thursday.

McGregor added: "Gradually, I started realizing that people really liked them, and that they meant a lot to that generation."

"So that warmed my feelings about them, I guess, or my experience of being in the 'Star Wars' world."

As a result, McGregor and Hayden Christensen -- who played Anakin Skywalker -- are back for a six-episode limited series, set in between the events of the prequel trilogy and the original "Star Wars."

Taking place a decade after the tragic finale of "Revenge of the Sith," which saw the evil Emperor seize power and turn Kenobi's apprentice into Darth Vader, "Obi-Wan Kenobi" finds its hero leading a lonely, broken existence.

"For 10 years Obi-Wan has been in hiding, he can't communicate with any of his old comrades, and he is living a pretty solitary life," said McGregor.

"He's not able to use the Force.So in a way he's lost his faith.It's like somebody who stepped away from their religion or something.

"The only responsibility to his past life is looking over Luke Skywalker."

Kenobi must also fend off the Inquisitors, a terrifying new set of villains charged with eradicating the remaining Jedi.

"Obi-Wan Kenobi" is a product of Disney's recent decision to pivot "Star Wars" resources from movies to television.

The wildly popular sci-fi franchise has been assigned a key role in growing streaming platform Disney+.

The most star-driven "Star Wars" show so far, "Obi-Wan Kenobi" will be closely followed by "Andor" -- a prequel to movie "Rogue One" -- and another season of smash hit "The Mandalorian."

Other new "Star Wars" series in the works include "Ahsoka" and "The Acolyte."

But Disney decided to slow down its big-screen output after the disappointing box office performance of 2018's "Solo," a movie that angered some fans by recasting Harrison Ford's Han Solo character with a younger actor.

"There should be moments along the way when you learn things," Lucasfilm head Kathleen Kennedy said in a recent Vanity Fair interview.

"Now it does seem so abundantly clear that we can't do that."

Shows such as "The Mandalorian" have instead used computer technology to de-age the original stars, or even artificially generate the appearances of actors who have passed away.

Of course, the role of Kenobi was itself first played by veteran thespian Alec Guinness in 1977's "Star Wars" -- a performance that McGregor still regularly refers back to.

"Just being closer to Alec Guinness in age (now) was interesting...my Obi-Wan now is just a bit closer to his," said McGregor, now 51.

"He had a twinkle...I always try and think of him, and try to feel him somewhere, hear him saying the lines."

"Obi-Wan Kenobi" premieres on Disney+ from May 27. 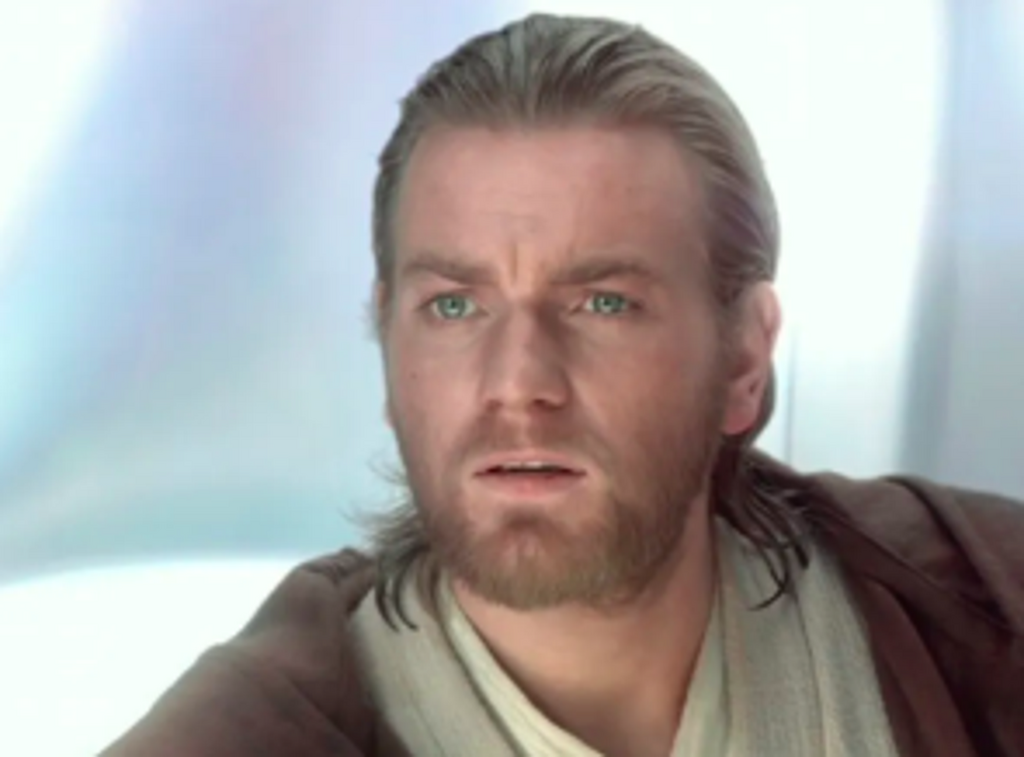 Ewan McGregor says it was ‘difficult’ to finish Star Wars prequels after Phantom Menace was panned by critics
‘I felt like I was part of this new wave of British cinema, really, and that ‘Star Wars’ wasn’t me,’…

The Independent UK
One subscription that gives you access to news from hundreds of sites
Does a refusal to recast iconic roles mean more dodgy deepfakes are set for the Star Wars universe?

Lucasfilm say they’ve learned to avoid recasting legendary characters like Han Solo, which could pave the way for yet more…

The actor reprises his role more than 15 years after he starred in the three Star Wars prequels.