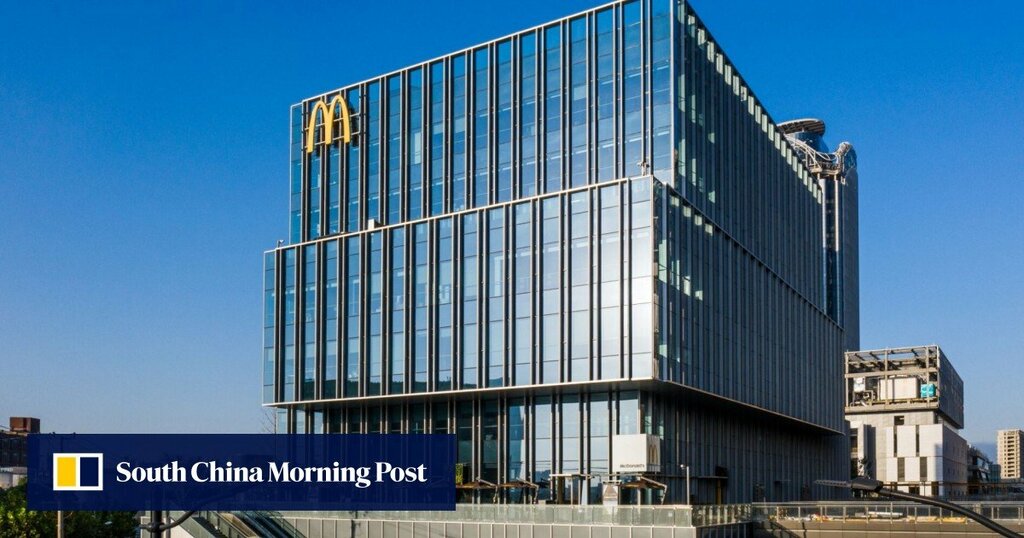 McDonald’s China has become the first mainland-based restaurant chain to launch non-fungible tokens (NFT) amid a surge of interest from young consumers in digital retail trends.

A limited number of the digital tokens will be given to some company employees and customers as a gift after the fast-food giant opened its largest store in Shanghai over the weekend, the mainland’s commercial and financial capital.

The fast-food chain also put a new office tower in the city, where its China headquarters and flagship outlet are located, into operation.

“McDonald’s is a young and trendy brand that has always paid attention to fashion trends and cutting-edge technology,” said McDonald’s China chief executive Zhang Jiaying in a statement.

NFTs are unique and non-interchangeable units of data stored on a digital ledger, such as a blockchain. The digital assets link ownership to easily-reproducible physical or digital items, such as works of art, real estate, music or videos.

McDonald’s China plans to distribute only 188 NFTs at its newly opened Shanghai restaurant. The token, called a “Big Mac Cube,” is based on the shape of the new headquarters building – an eight-floor tower in Shanghai’s emerging central business district, West Bund in southwest Xuhui district.

“Food and drink consumer brands must have novel ideas to lure mainland customers,” said Eric Han, a senior manager with Shanghai-based business advisory firm Suolei. “NFTs are the latest example of how those big names are seeking to use digital tools to lure new consumers.”

China crackdown could be ‘turning point’ in future of bitcoin

Central bank data showed that non-banking payment agencies – such as Tencent‘s WeChat Pay and Ant Group’s Alipay – handled 294.6 trillion yuan (US$45.7 trillion) worth of transactions last year, up 17.9 per cent from a year earlier. The total number of transactions was 827.3 billion, up 14.9 per cent.

McDonald’s flagship China store, known as MCHQ, can serve as many as 200 customers at any one time. It is also home to Hamburger University, a training facility set up by the fast-food chain to train high-potential restaurant managers, middle managers and owner-operators, also started operations on Monday.

McDonald‘s sold most of its businesses in China in 2017 to state-owned investment house Citic and global asset manager Carlyle. After the US$2.08 billion deal, McDonald‘s was left with a 20 per cent stake in McDonald’s China, with Citic Ltd and Citic Capital Partners holding 52 per cent stake, and Carlyle taking 28 per cent.

McDonald’s also plans to ramp up new restaurant openings across the mainland from about 250 new outlets per year in 2017 to 500 per year by 2022, according to Monday’s statement.

McDonald‘s opened its first mainland restaurant in October 1990 in the southern city of Shenzhen. The outlet had 460 seats and welcomed more than 40,000 customers on its opening day.