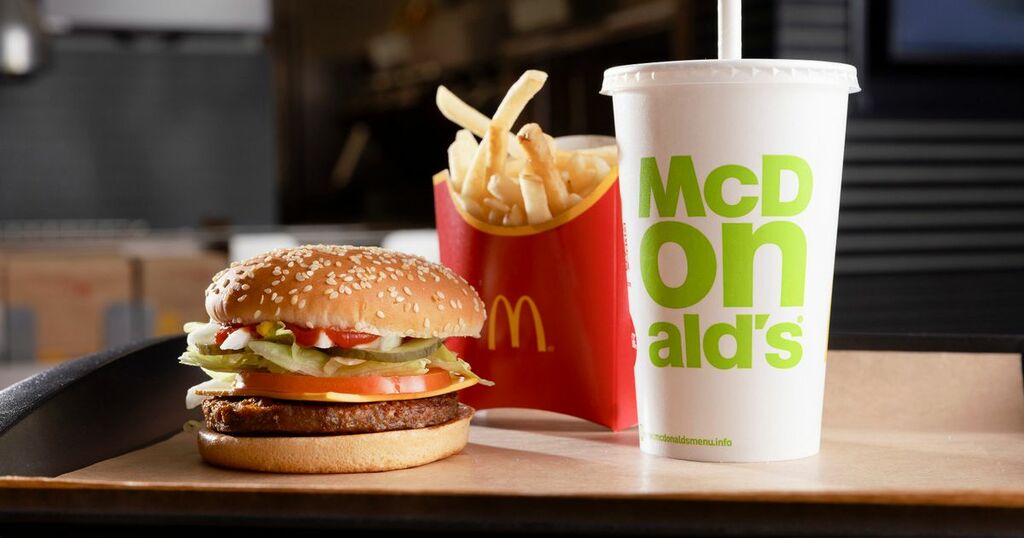 McDonald's has launched the new McPlant burger - a vegan burger that tastes like beef.

Mirror writer Rosaleen Fenton was offered the chance to try the burger ahead of its launch this month.

READ MORE: Go here for more what's on updates, news and reviews from around the North East

She said: "Unlike the chickpea-laden burgers of the past, the McPlant patty is a meaty affair - and luckily the cheese, which is made from pea protein, tastes just like McDonald’s cheese slices.

"Previously, I've found nearly all vegan cheeses to be inedible - but you'd struggle to tell this apart from a standard cheese slice.

"The burger finely imitates the taste and texture of meat - with one person at the event joking that any dad's sceptical of meat substitutes are unlikely to notice the difference from a standard burger."

It is also cooked separately from other McDonald's burgers and sandwiches using dedicated utensils and trays, ensuring there is no cross-contamination with any meat or dairy products.

The global chain said it has spent three years on research and development on the McPlant Burger and is bringing it to the UK after officially unveiling its global McPlant platform in 2020.

The UK&I version of the McPlant is fully accredited as vegan by the Vegetarian Society to ensure it meets the highest vegan standards.

The McPlant is the same price as a Big Mac at £3.49 and is being added to just 10 UK menus to begin with.

Michelle Graham-Clare, chief marketing officer said: "We’re so pleased to be finally launching McPlant in the UK and Ireland.

"We are always looking for different ways to innovate and meet our customers’ needs, and with McPlant we have a delicious plant-based burger that will appeal to everyone.

"Whether you’re vegan or just fancy a plant-based patty, we’re confident you will enjoy the McPlant."

When will McDonald's McPlant Burger be available?

McPlant will be available in 10 restaurants in Coventry from September 29.

And in over 250 branches from October, including some North East restaurants, and nationwide from January.