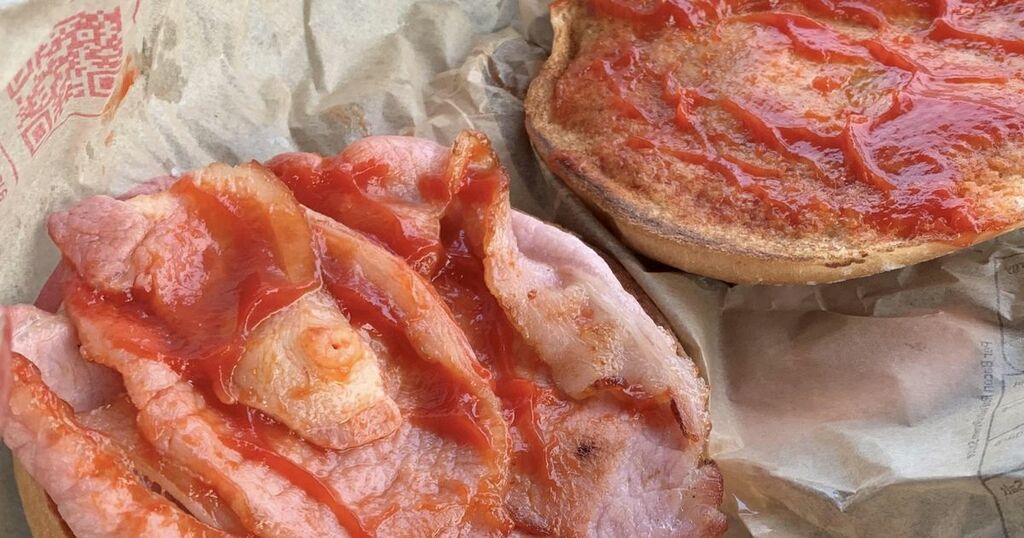 A McDonald's customer has vowed to go vegan after claiming he found a nipple as he was about to tuck into his bacon roll.

Disgusted Simon Robinson was only saved from eating it after stopping to check how many rashers the restaurant had served up.

The 27-year-old walked back to his car and unwrapped the breakfast butty before driving home to Prudhoe, Gateshead.

He claims he checked inside before taking a bite and was alarmed to see what he thinks is a pig's nipple looking back at him.

McDonald's have responded by saying the man was likely to have been mistaken - but that hasn't stopped him complaining to the fast food chain's head office.

Is this enough to put you off porky products? Have your say in the comments

Unemployed Simon said: "To open it up and to find that was revolting. It has put me off meat entirely.

"So much so I'm considering going vegan now.

"It's a fairly regular treat getting a bacon roll from McDonald's.

"I always open up and check what's inside because I have OCD. This time it seems it was entirely justified.

"I know you can find that on pork belly but I didn't ask for a pork belly roll. I asked for a bacon sandwich.

"I dare not eat it but I did eat the rest of the roll. I contacted McDonald's who told me I had to send it to them so they can send if off to a lab.

"If I did that they could just do away with it. I can't believe it. When I showed my mum she was disgusted too."

A McDonald's spokesperson told The Sun Online : "We use back bacon in all of our bacon rolls and due to the location that this cut is taken from, we are confident this customer is mistaken in his claim.

"We understand the customer is liaising with our Customer Services Team who are offering further assistance."

It's not the only time a McDonalds lover has found something aside from what they ordered as they sat down to enjoy their meal.

The fast food giants said sorry to two stunned customers who claim they found a slug inside a burger earlier this summer.

Hungry Aimee Welch and her boyfriend Josh Bakin grabbed a bite to eat at their local branch at Festival Park, Stoke-on-Trent.

The young couple say when they got their meal home they made a very unwelcome discovery as they begun to tuck in.

Aimee, 18, said when Josh opened his BBQ Bacon Stack, he found the slug - and it certainly wasn't one of the company's famous gherkins.