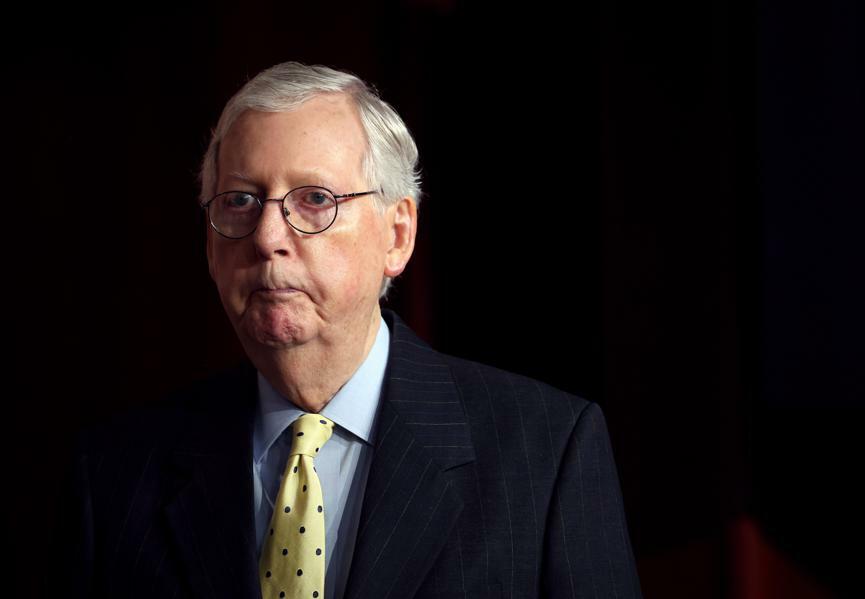 Senate Minority Leader Mitch McConnell said last week he doesn’t plan to ask President Joe Biden for his resignation after previously shutting down the idea of impeaching him, casting upcoming elections as the true referendum on the president’s performance.

Asked during a press conference in Kentucky on Thursday whether there have been talks about asking Biden for his resignation, McConnell replied that Biden is “not going to do that,” noting Democrats control the White House and both chambers of Congress.

McConnell added that “as a practical matter, he’s not going anywhere,” pointing to the 2022 congressional elections as a “report card” for the administration and the 2024 presidential election as the best opportunity to oust Biden.

The comment came after McConnell poured cold water on the idea of Congress trying to remove Biden by force, stating at an earlier event in Kentucky “the president’s not going to be removed” and “there isn’t going to be an impeachment.”

The remarks by the Senate GOP leader represent a break with dozens of House and Senate Republicans who called for Biden to resign or be removed last week over his handling of the U.S. withdrawal of troops from Afghanistan.

Those calls, stoked by the deaths of 13 U.S. service members in a suicide bombing in Kabul, have died down some since the U.S. completed its withdrawal last week, though Sen. Rick Scott (R-Fla.), the chair of the Senate GOP’s campaign arm, said as recently as Monday Biden is “unfit” for office.

Biden took considerable heat from Republicans in Congress as the U.S. scrambled to withdraw Americans and Afghan allies from Afghanistan in the later half of August after the Taliban swiftly captured the capital city of Kabul. In all, the administration said it evacuated more than 120,000 people, including 5,500 Americans, from the country, with around 100 Americans left behind.

4. That’s how many Americans were evacuated from Afghanistan overland on Monday, the State Department said. Rep. Markwayne Mullin (R-Okla.), who tried and failed to enter Afghanistan to help evacuate the family, has claimed the the evacuations were facilitated by a non-profit that had to navigate “roadblocks” put up by the State Department.