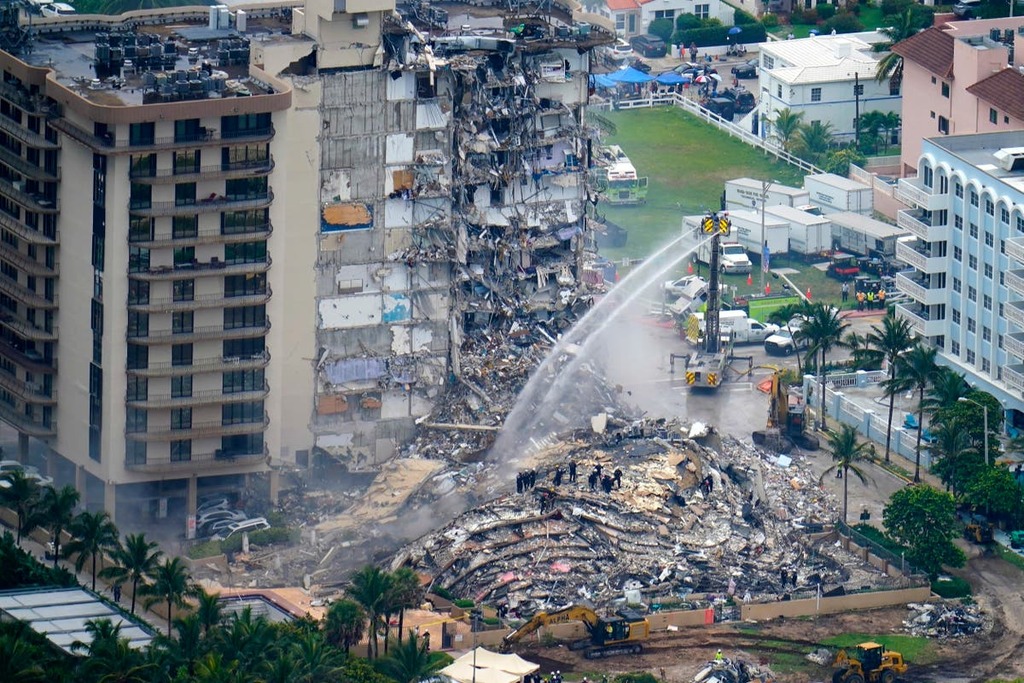 Tenants of a building in Florida owned by the mayor of the town where a condominium block collapsed in June have been given 45 days to leave for repairs.

Charles Burkett, the Surfside mayor, sent the people in his apartment block a letter informing them about the lease termination.

The note said he had been awaiting approval from local authorities to carry out the work. Hurricane Irma, which hit in 2017, is thought to be the cause of the damage.

"We regret that this work will create potentially dangerous conditions for residents," the letter from Mr Burkett read.

Mr Burkett told residents that they need to be out of the building by 24 October, although current tenants can resume living there after the repairs have been carried out. They are expected to be finished after several months, according to reports.

“For tenants who have paid their rent on time and who have not damaged their unit, any unused rent will be refunded as will your full security deposit,” the letter continued.

In addition, the building will have its 40-year inspection prematurely.

It comes after the deadly collapse of the Champlain Towers South building in Surfside, the town that Mr Burkett is the mayor of. The condo building was in the process of its own 40-year inspection when it fell. The cause of its collapse is currently under investigation.

It is believed that at least 97 people died after the collapse. The search for missing people lasted more than a month. In addition, families of the victims have come together to launch a legal case for damages, according to reports.