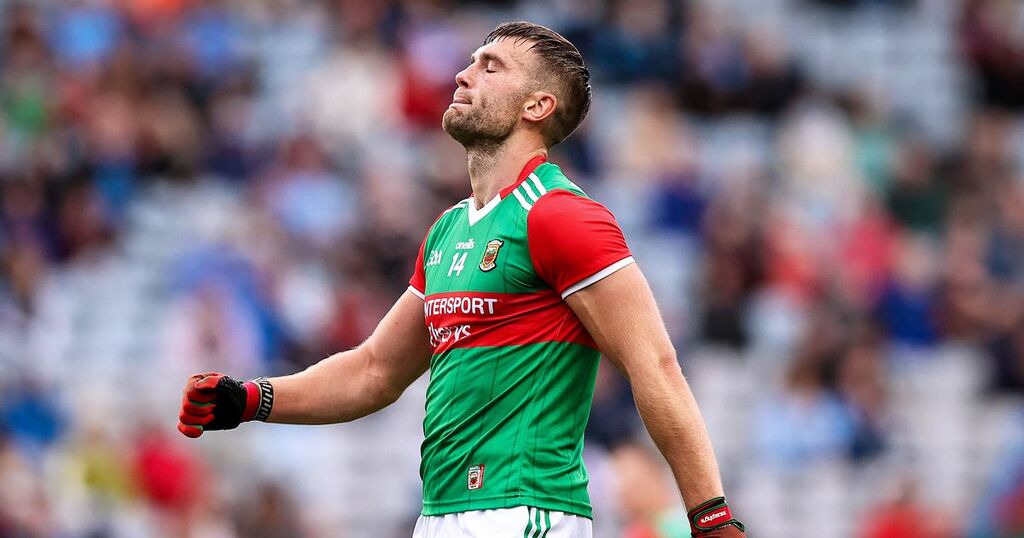 The Aidan O’Shea conundrum is the “most important” matter that James Horan will have chewed over this week, Conor Mortimer believes.

The Mayo captain has been used in a variety of roles over the course of his senior inter-county career, more often at full-forward and midfield than anywhere else but extensively at centre-forward too, while he even went to full-back to put the clampers on Kieran Donaghy in the 2017 All-Ireland semi-final draw and replay.

He endured a particularly frustrating evening in the All-Ireland semi-final win over Dublin, however, kicking a couple of careless wides from the edge of the square early on and being largely peripheral outside of that before being replaced in the third quarter.

Most agreed that it was a big call by Horan while some went further than that, saying that it was the turning point in the game and that Mayo’s approach shifted, allowing them to reel Dublin in.

For all that though, few are seriously suggesting that he shouldn’t be leading the team in the parade on Saturday. But where should he play?

“The most important one for us is where O'Shea plays for us and how we can get him into the game to benefit us,” says Mortimer, who played in Mayo’s All-Ireland final defeats to Kerry in 2004 and ‘06.

“The likes of Aidan leading the way will steer us in good stead. If he's quiet and not getting involved, we'll find it very difficult to break Tyrone down.

“He has got that strength and power to go at them. I think if there are any questions over Tyrone, it might be at midfield.

“They are good defensively, they have good forwards. In and around the middle I think we can attack them and that is where I would foresee Aidan playing, provided the engine is there on this particular game.”

Mortimer fears that the 31-year-old will endure a similarly ineffective evening to that against Dublin game if he’s placed at full-forward.

“I wouldn't put him in the inside line. They have [Pádraig] Hampsey back there. He is built for a big man. He has taken [Michael] Murphy out and [Conor] McManus out. He is a good man-marker. He is very big and physical.

“I don't think he's going to be as beneficial inside with a big man in there picking him up. I'd rather see him out the field and dominate the midfield.

“We need to be winning our primary possession, hence if Aidan is midfield, he is much more physical than [Conor] Loftus, he is bigger, stronger, which we are going to need around the middle because there is going to be a lot of breaking ball.

“If we can match Tyrone with hunger and intensity around the middle third, we'll have a good chance of winning the game.”

Mortimer’s career with Mayo ended in 2012, just as Cillian O’Connor’s was getting started. He was Mayo’s top scorer in history at the time but O’Connor has since gone on to break the all-time scoring record in Championship football.

So when their talisman was ruled out for the season in June following an Achilles injury, Mortimer wasn’t particularly enthusiastic about their All-Ireland prospects.

However, he feels that the influence of another former teammate, coach Ciaran McDonald, the prince of Mayo forwards, has been brought to bear as the campaign progressed.

“I think in the overall span of the year, you would say yes. Obviously, without Cillian, you would have thought at the start of the year, how far are we going to get without our best forward? To be fair, the likes of Tommy Conroy and Ryan O’Donoghue have really shown their worth.

“Oftentimes, when the main focal point of your forward line is gone, other guys have to step up and you have to go through those guys to get your scores.

“It is not a huge movement that would have improved, but it is individuals themselves. You can’t under-estimate the influence he would have, just by being on the training field, kicking a few points himself, just by being there.

“You have to understand them guys would have been very young when McDonald was playing with Mayo and he would have been one of their heroes and to be on the same field, that gives you an extra inch or two in your confidence about what your capabilities are."