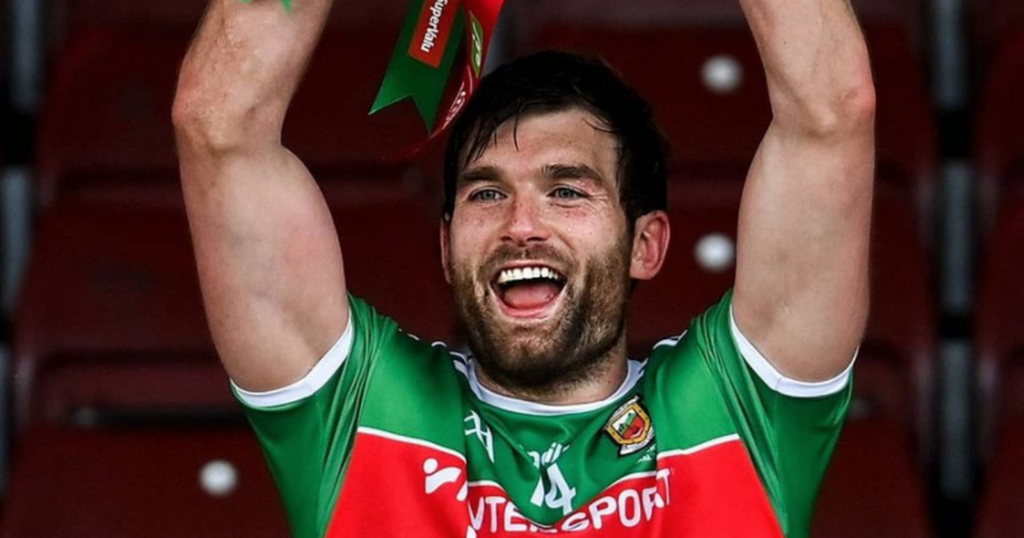 Mayo captain Aidan O’Shea slammed talk of the famed ‘curse’ as disrespectful and insists he has wasted no time thinking about it.

Legend says that the winning team neglected to pay proper respect to a funeral while passing through Foxford on their victorious drive home.

It is said an angry priest placed a curse on them that Mayo would not win an All-Ireland again until every member of that team is dead.

Many in the green and red of Mayo, including former full-back Paddy Prendergast, who is now the last man standing from the legendary side are hoping a win against Tyrone in tomorrow’s final will mean the end of talk of the curse.

But current captain Aidan has no tolerance for the tale.

The Castlebar native told Irish Daily Mirror: “I just roll my eyes and laugh. That’s definitely not something I spend much time thinking about.

“And look, realistically I just think it is a little bit disrespectful of the guys that won the All-Ireland in 1951 and those guys achieved the ultimate and were a really successful team.

“And you obviously Paddy Prendergast is still alive and I was lucky enough to meet The Flying Doctor [Padraig Carney] in California when I was over a couple of years ago, a really good man.

“And you know represented Mayo as well.”

The 31-year-old All-Star will lead the charge tomorrow as Mayo walk onto the pitch in Croker, and he has every confidence that after past heartbreak, this will be their year.

Speaking just after their Connacht final win over Galway in Croke Park, he said: “If we can reach that performance level that we are aiming to achieve we absolutely have a great chance and we will put ourselves in a good spot.

“This team is exciting, a lot of young guys are really expressing themselves..the future is really bright for this group.”

And whilst talk is currently consumed by whether he will make the starting line-up, and where he will be played on the field, Aidan said he’s determined to continue adding impact and value to the senior side.

“It is a huge honour to play for Mayo once, nevermind 150 times or whatever I have done now.

“But it’s the acclamation of a lot of hard work, continued desire to keep playing every season, and getting as many games as I can.

“But I suppose it is not just about playing the games, it is about trying to impact those games as much as I can when I am playing them.”

Aidan was speaking in partnership with PAIR Mobile after breaking his phone sea swimming during the season.

PAIR Mobile, a 100% Irish Family owned business, offers smartphone, tablet and laptop repairs from as little as €25 and a 12-month warranty on all Apple & Samsung repairs.