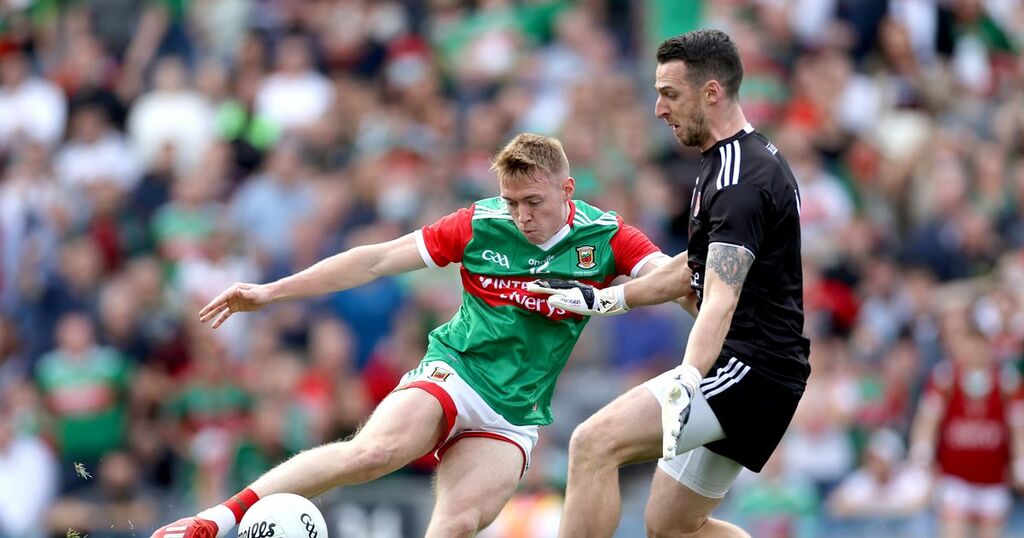 Mayo fans have rued the missed goal chance in their first half against Tyrone in the All-Ireland final.

The two sides are playing in front of 41,000 people in Croke Park in what has been a thriller of the game.

And as Mayo and Tyrone matched each other early on score for score it was James Horan's side that had the bets chance of the first half.

It was Bryan Walsh who found himself through on goal but took a second too long as he tried to take a shot on his favoured right foot.

The blocked shot fell to midfielder Conor Loftus who also failed to convert.

And Mayo fans were up in arms after the missed chance.

One Twitter user said: "Mayo HAVE to take their chances.!

While another said: "What a goal chance for Mayo Great stop by Morgan"

While another added: "Jeez Mayo!!! What a chance!!"