Max Whitlock: ‘Gymnastics drops off the map after the Olympics, it’s massively frustrating’ 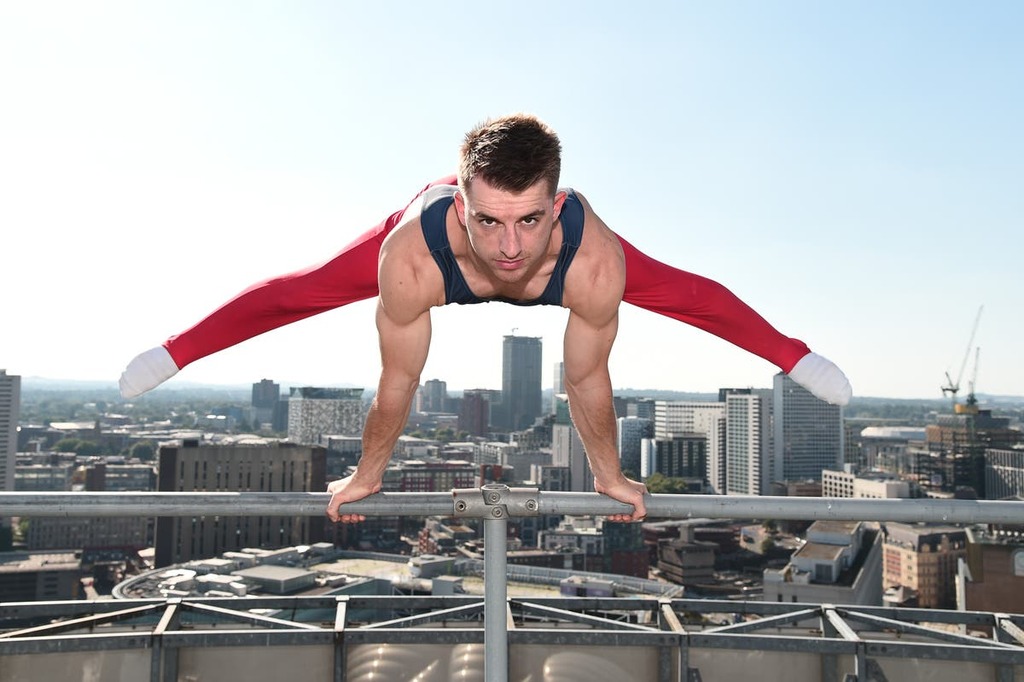 Throughout the day of the pommel horse final, Max Whitlock’s arms grew heavy and butterflies filled his stomach. He thought about when and where his routine might go wrong, who might beat him and how his Olympic crown might slip. “I was the most nervous I’ve ever been for any competition in my life,” he says. “But then, as soon as I put my hands on the pommel, the nerves just washed out of me. It was so, so strange, like a feeling of ‘OK, let’s go’.”

Whitlock went on the attack. He had little choice, performing first with no option but to go out hard and set the tone for the rest. What followed was near-perfection, hands shifting his body weightlessly across the apparatus and legs whirring like propellers, before rising into the air in a pirouette and descending into his dismount to complete an immaculate routine. Those 50 seconds are mostly a blur in Whitlock’s memory now, but a few flashes still play in his mind when he shuts his eyes. “I remember small bits, like just before my feet touched the ground to land and I was thinking ‘oh my god, I can’t believe I’ve just done that’.”

He sat back and watched as the other finalists tried and failed to beat his score, until there was no one left. “That feeling of relief was crazy,” he says.

From a British perspective it was one of the performances of the Games. Whitlock starred in the BBC’s closing montage, or rather his young daughter Willow did, bouncing up and down in giddy delight as she saw him arrive at Heathrow Airport, and the entire video left him in tears. “I hadn’t seen it and then my wife Leah showed me... oh my god. It was incredible. That’s definitely a video to keep and look back on.”

There is an argument that for all Whitlock’s acclaim during the Olympics, he is not nearly as treasured as he might be. Gold in Tokyo elevated him to an elite band of athletes: only three Britons have won more than his six Olympic medals – the cyclists Jason Kenny, Bradley Wiggins and Chris Hoy. It is often the case that an athlete’s sporting persona masks the person underneath, and an example that comes to mind is the fury of an on-court Andy Murray, chuntering obscenities under his breath like a maniac, belying a man whose favourite things are walking his dogs and Feast ice-creams. It would be easy to misunderstand Whitlock, too, who performs with an air of almost nonchalant serenity and carries a quiet, humble persona which has grown increasingly familiar with each Olympics since his spiky-haired debut at London 2012. Yet beyond the surface hides a ruthless compulsion to win and a devotion to greatness that has fuelled him for as long as he can remember.

Aged 12, Whitlock boarded a plane to Slovenia solo on a one-way ticket to pursue his gymnastics career, after his beloved Slovenian coach had moved back home. He only lasted four months before feeling homesick and returning to the UK, but it was a measure of his dedication to the sport that he made such a decision at such an age, a dedication which would blossom into the driving force within Britain’s most decorated gymnast.

Now 28, his accolades include three Olympic golds, multiple world and European titles and 10 Commonwealth medals. Does he ever think about the fact that in just about any other sport he would be a national – even global – icon? “Yeah,” he says with a wry smile. “I think that’s a little bit of frustration with gymnastics, but I’m also very grateful at the same time. I started the sport when there was nothing. You couldn’t make a career out of it, brands didn’t want to sponsor you, that was unheard of. I feel very, very proud to be part of the generation that’s helped to push it to the level it is today.”

Perhaps Whitlock is a reflection of artistic gymnastics itself, a sport that demands composure and grace, where grimaces are masked and flair is hidden in the details of a performance. This is part of gymnastics’ challenge, to no longer be impregnable, to find a way to assault our consciousness and be more than an eye-catching quadrennial circus. “How can gymnastics go from being one of the most watched sports at the Olympic Games to then the other three years when it drops off the map a little bit, which is massively, massively frustrating. That’s a project I want to look into, to see if I can help and figure out the reasons why and see if I can help the sport to keep growing.”

On his return home Whitlock did notice a shift this time, perhaps brought about by the pandemic, something different in the way people approached him on his post-Olympics holiday with his family in Devon. “After London it was ‘congratulations’; after Rio it was ‘congratulations’; but this time it was ‘congratulations’ but almost ‘thank you’ as well. It was really strange and it took a little bit of getting used to, but I think because of the situation everyone’s been in, being stuck at home, missing sport, they almost thanked me for providing that entertainment or that time just to switch off, enjoy the Olympics, enjoy that moment and have something to follow.”

Whitlock has not set foot in the gym since arriving home other than to show his face and his gold medal to friends at his South Essex club. Life has been busier than ever, most recently playing in Soccer Aid alongside famous names from music, comedy and football – “I was hit by reality realising how hard it is, my legs were in absolute pieces by the end of it” – but soon he will back plotting for events to come; the Commonwealth Games next year offers the chance to add to his legacy, and perhaps the chance to advance his new mission creating more historic moments for gymnastics outside of an Olympic year.

“It's definitely one of the key ones on the calendar, it always has been for me. Multi-sport events are always incredible, and I think over the last year and a half athletes and spectators have missed sport, missed being in arenas which are jam-packed watching something that they love and getting passionate about it. I’m someone that always pushes myself, so I’ll wait until the time’s right to get back in and then set up a plan from there and see how I'm feeling and what I think’s possible.”

The main ticket ballot for the Birmingham 2022 Commonwealth Games is now open. Apply for tickets now at Birmingham2022.com. The ballot closes at 8pm on 30 September.