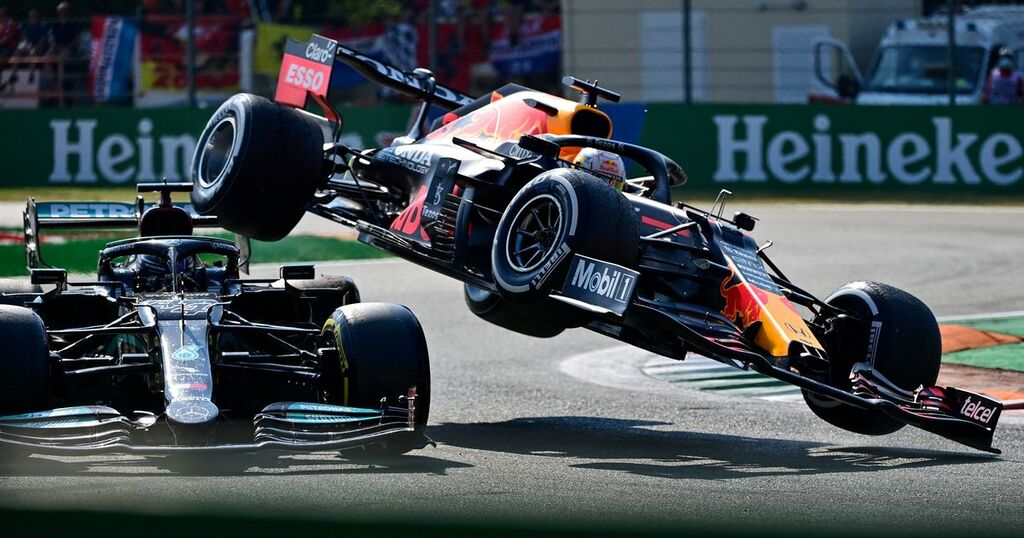 Max Verstappen was furious after a collision with Lewis Hamilton at Monza ended both drivers' involvement in the race.

The pair, who are involved in a fierce battle for the world title, crashed on the second corner of lap 26 during the Italian Grand Prix.

Verstappen accused Hamilton of not leaving enough room for him to take the corner, venting to his team: "That's what you get when you don't leave the space."

The Dutchman was the first to exit his car and appeared furious, while Hamilton emerged a few moments later.

Verstappen had been in second place behind leader Daniel Ricciardo before an 11-second pit-stop — around nine seconds longer than normal for Red Bull's pit crew — saw the 23-year-old drop down to 10th place.

Tensions were high from the beginning of the race as Hamilton fumed over the radio, claiming the Dutchman "pushed him wide" during the opening laps.

And when the crash arrived, it was a dramatic one, with Verstappen's car going over the top of Hamilton's. Hamilton initially attempted to reverse out of the crash, before he was told by Mercedes to turn his engine off.

Verstappen had led the drivers' standings by three points from Hamilton going into Sunday's race, having clawed back the advantage held by the seven-time world champion going into F1's summer break with wins in Belgium and the Netherlands.

Who was at fault for the collision? Let us know what you think in the comments section.