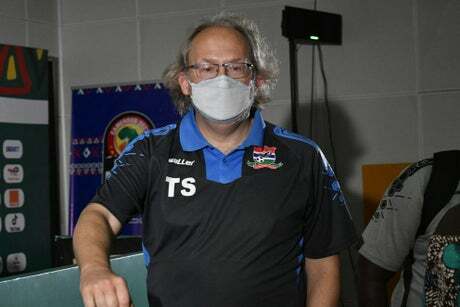 The second game in Group F sees both Mauritania and Gambia enter the Africa Cup of Nations fray following the heavyweight clash between Tunisia and Mali earlier in the day.

Gambia, making their AFCON debut this time around, could be one of the surprises of the tournament. Through in qualifying at the expense of Angola and DR Congo, manager Tom Saintfiet recently secured their first competitive win in half a decade by triumphing over Benin in November.

Still, if Mauritania are to escape from this group, this is the game they must win. After a fairly productive Arab Cup campaign, there can be at least some hope of an improvement on their 2019 AFCON showing, during which they finished rock bottom of their group.

Here’s all you need to know about the game.

The AFCON meeting is scheduled for a 4pm GMT kick-off on Wedensday January 12, 2022.

Limbe Omnisport Stadium in the south-western Cameroonian city of Limbe will host.

Where to watch Mauritania vs Gambia

Live stream: Sky Sports subscribers will be able to watch the game through the Sky Go App.

It will be interesting to see how Mauritania deploy 16-year-old Beyatt Lekweiry during the tournament. A highly-rated talent, thrusting him on from the start could be a tad too much for the youngster.

For Gambia, Pa Modou Jagne is the most experienced option in defence and Assan Ceesay is one to look out for in attack.

Sierra Leone might be more experienced in the AFCON but, after their surprise draw with Algeria on Tuesday, perhaps we can expect more in the way of shocks.