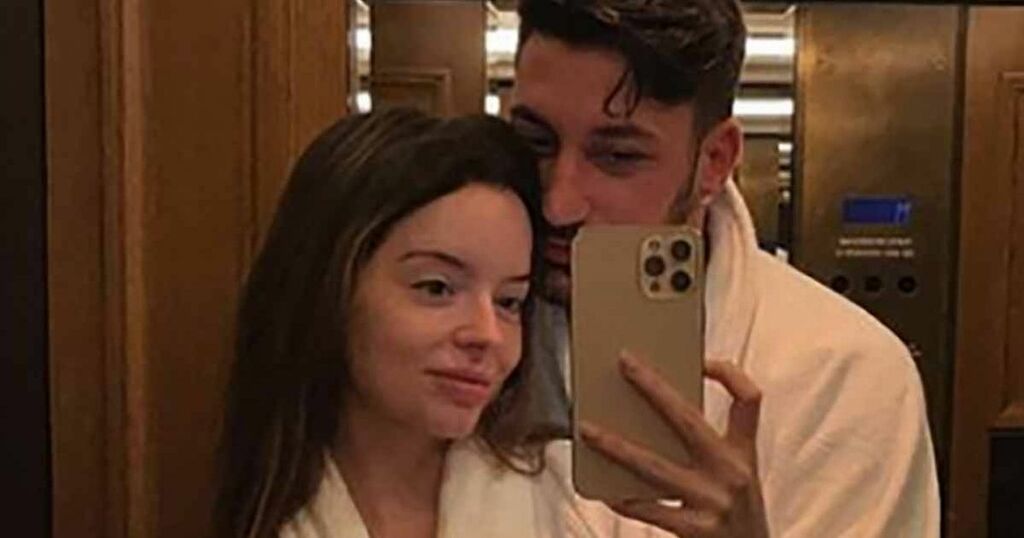 Maura Higgins and Giovanni Pernice cosied up in bed at a luxury London spa hotel to celebrate their reunion on his birthday.

The new couple have been dating since July, and have been anything but shy in sharing their affections for each other publicly on social media ever since.

And after months spent apart working separately, as Giovanni was on tour, and Maura was filming in Ireland, the pair looked smitten as they piled on the PDA for their fans after enjoying a special few days for his 31st birthday.

Celebrating their romantic time together, Giovanni posted a black and white selfie of them in bed at London's Corinthia and captioned it: 'Back with you.'

Meanwhile, the Longford-born Love Island star, 30, showered her new man with cuddles in a lift selfie as they reunited at the posh hotel for his birthday celebrations on Sunday.

Cosying up to the Strictly Come Dancing professional, she wrote: "Good morning", with a love heart emoji.

The RTE presenter also had their suite decked out with an elaborate birthday display, with champagne, cake and a mountain of gold and black balloons with his name written in the middle of it.

Over the weekend, the former grid girl gushed about her new partner in a social media post, saying: "Happy Birthday to the man who makes me feel beautiful and loved every single day, You make my world complete. I love you".