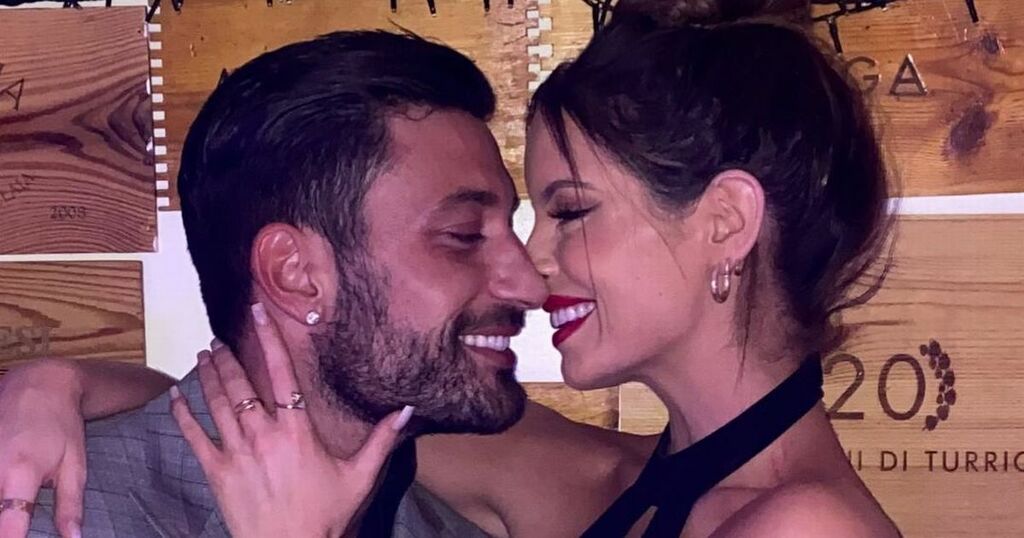 Maura Higgins and her boyfriend Giovanni Pernice have proved they are the sweetest couple.

The hot pair have been dating since July, and are constantly showing off their love for each other on social media.

On Tuesday it was no different as the former grid girl, 30, showered her new man with cuddles in a gorgeous lift selfie as they reunited at a posh hotel for his birthday celebrations on Sunday.

The pair looked smitten as they piled on the PDA for their fans after enjoying a special few days for his 31st birthday.

Maura then posted a short video of the hotel set-up, which saw a huge bottle of champagne and two glasses on the side, with a massive black and gold balloon display with his name written in a swirly font in the middle of it.

Over the weekend, the Love Island babe posted a heartfelt message to her boyfriend as she celebrated him turning another year older.

"Happy Birthday to the man who makes me feel beautiful and loved every single day, You make my world complete. I love you," Maura gushed on her Instagram.

She shared a series of snaps with the Italian hunk, to which her best pal Molly-Mae commented on.

The BBC One show is set to make a return in the coming weeks, which means pros have been practising non-stop ahead of the new series.

But it appears Giovanni took some time out of his busy work schedule to spend quality time with the brunette beauty.

It was recently claimed that Maura warned her new partner to “be respectful” ahead of the upcoming new series.

The TV babe is reportedly worried that rumours could surround her professional dancer beau when he's paired up with a female celebrity.

The pair were romantically linked back in 2017.

Maura is reported to be “apprehensive” over speculation that Giovanni could be partnered with Katie given their history, and while she trusts her boyfriend, Maura would be devastated if they fell victim to the Strictly 'curse', an insider claimed.

“Strictly couples are always close as they have to dance so intimately, but Giovanni is also a notorious flirt,” a source told new!

Maura is reportedly aware of Giovanni’s flirtatious nature, and while it’s what attracted her to him in the beginning of their romance, she doesn’t want any to become infatuated with her man.

“He’s told her getting close and dancing intimately is part and parcel of the show. But she’s told him he just needs to be respectful to her. Dancing is one thing, but he needs to be aware of his behaviour and make sure people know she’s his girlfriend.”

“She knows rumours could swirl about the Strictly curse striking – and she knows viewers will be keeping a close eye on Giovanni and Katie’s chemistry and how close they seem.”

Despite her worries, there's no doubt Maura will be watching from home and backing her man all the way!