Matthew Stafford, Derek Carr, and the throws only some quarterbacks will make 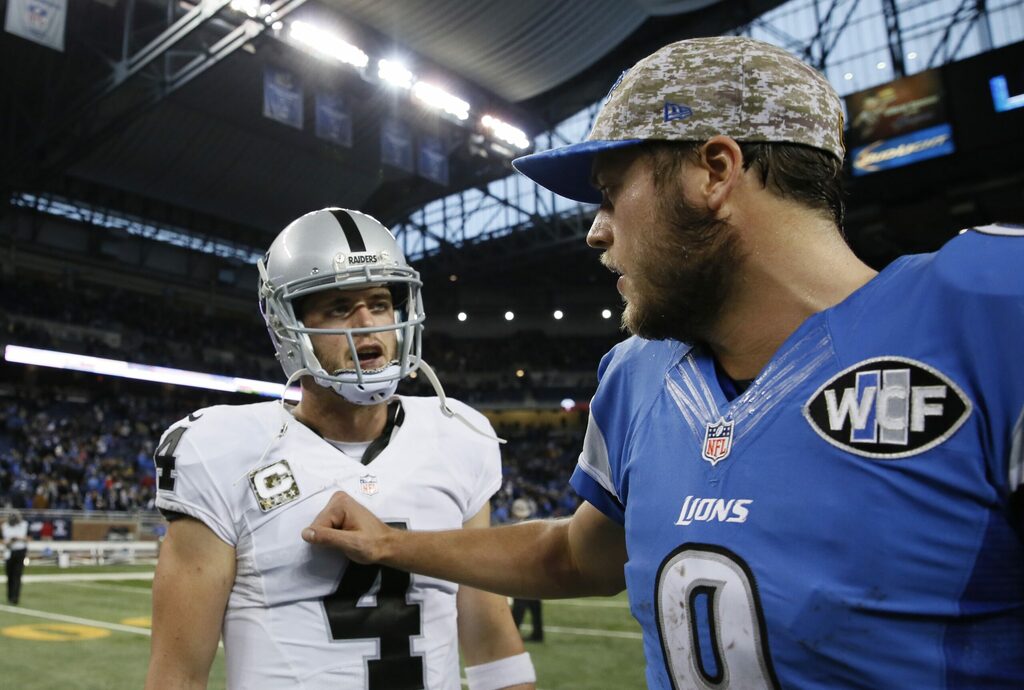 When we talk about quarterback statistics, there’s a metric I wish existed — something that told us about open throws, or throws coming open, that quarterbacks have time to make, and don’t make for whatever reason. You have to watch the overhead view to really see how things come open over time. While the presence or absence of big-time throws on the page tells you some of that story, it’s essential when evaluating a quarterback to understand his ability to make throws that place him over the average on a consistent basis.

Two quarterbacks who were involved in Week 1 wins showed this disparity — Matthew Stafford of the Rams, and Derek Carr of the Raiders. And the deep shot numbers actually tell a different story than the tape does. Per Pro Football Focus, against the Bears on Sunday night, Stafford attempted just four passes of 20 or more air yards, completing three for 160 yards, two touchdowns, no interceptions, and a passer rating of 156.3. Carr had more deep attempts than any other quarterback in Week 1 — eight attempts, with three completions for 100 yards, one touchdown, no interceptions, and a passer rating of 125.0.

So, the common narrative that Carr is averse to the deep ball, or can’t make those plays happen, is a bit of a canard. Carr was air-mailing just about everything early on — he completed just two of 11 passes in the first quarter, much to the ire of Charles Barkley, but when he settled down, he got in a good space to create explosive plays.

However, there’s one play I’m guessing Carr would probably would like to do over, and I bet he felt that way the second he saw it on tape either right after the game, or on Tuesday morning when he went over the All-22.