Matthew Stafford Asked Whether He Needs to Prove Himself Entering Playoffs 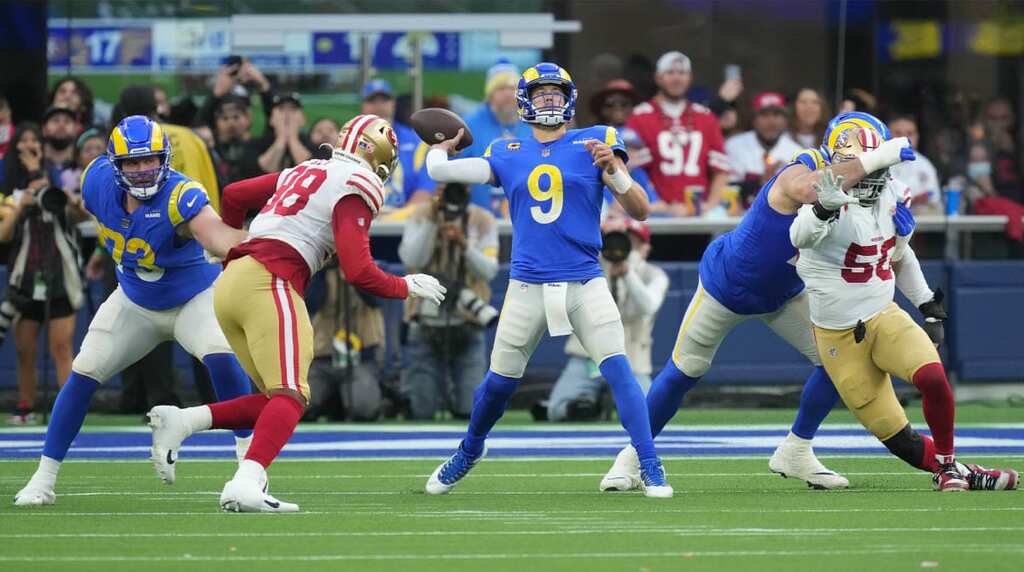 Matthew Stafford has yet to win a playoff game, losing all three appearances with the Lions. Naturally, the quarterback was asked whether he feels he needs to prove himself this time around ahead of Monday night's wild-card playoff game against the Cardinals.

“Every time I step on the field, I’m proving myself,” Stafford told reporters. “Whether it’s a preseason game, a regular-season game, practice, a playoff game. I want to go out there and play well. This is just another opportunity to do that. This is a team game. There is no question. But at the same time, do I know that when the quarterback plays a good game, you got a better chance to win the game? Absolutely. So I’m always trying to go out there and play as good of football as I possibly can to help our team win. ...

Coach Sean McVay told reporters on Thursday that the quarterback does not need to prove himself, adding, “He has an established résumé. That’s something that you want to be able to do, but he was instrumental in leading us to our first division title that we’ve had since 2018. That’s a big deal, but now it’s the next step. His body of work speaks for itself, and I don’t think you can just confine it into, ‘Oh, he hasn’t won a playoff game.'”

However, Stafford has thrown 17 interceptions on the season, including seven over the final three games. At the same time though, he's tallied 4,886 yards and 41 touchdowns during the regular season, tying his career-high from 2011.