Busted's Matt Willis gave fans a rare glimpse into his personal life as he celebrated his 39th birthday with his TV presenter wife Emma Willis.

Matt and Emma, 46, spent the singer's birthday hosting a party for friends and family in their background including a tasty looking selection of BBQ food.

The celebrity couple have been married since 2008 and they share three children, Isabelle, 12, Trixie, six and Ace, ten and they are not known for sharing too much of their personal life on their social media accounts.

Emma took a step away from her usual job as TV presenter to serve guests a tray of mocktails in the family's stunning back garden at the family home where the festivities were held.

She captioned the picture: "Think I'm better at drinking them than serving them."

Their enviable BBQ spread was provided by the dad of one of their son Ace's friends and there seemed to be glowing reviews all round as Emma commented on the chef's post that the food came from 'the best BBQ company.'

The party seemed to get the better of the singer who was 'busted' by the end of the party as he was captured in an adorable snap cosying up with daughter Trixie for a nap.

Emma posted the picture of her family snoozing with the caption: "It's been a busy week for birthdays in our house. These two May babies, literally melting my heart."

Matt only recently returned to social media after taking a seven day 'detox' from the platforms and the family made sure to capture all the memories they could from the singer's birthday celebrations.

Even a snap of his ice-cream cake was shared with Emma's 1.8million followers as she revealed: "It's near on impossible to get candles into an ice cream cake."

The 'detox' ended being a little more than seven days and on his return the Busted star wrote: 'I’m back!!! That was a long 7 days I know. Not that I think that anyone has at all been waiting for me to get back on here... I did a 7 day social media detox that I enjoyed so said I’ll do 30 days and that ended up being 8 months!

Not gonna lie it’s been great. But I do miss interacting with people on here. So, I’m gonna be back and gonna be changing a lot in my life and that will be reflected on my Instagram

I’m excited about what’s to come. I hope it fills you with as much joy as I hope it fills me with. This is me and on my birthday yesterday. I’m a lucky happy man. Big love to everyone'. 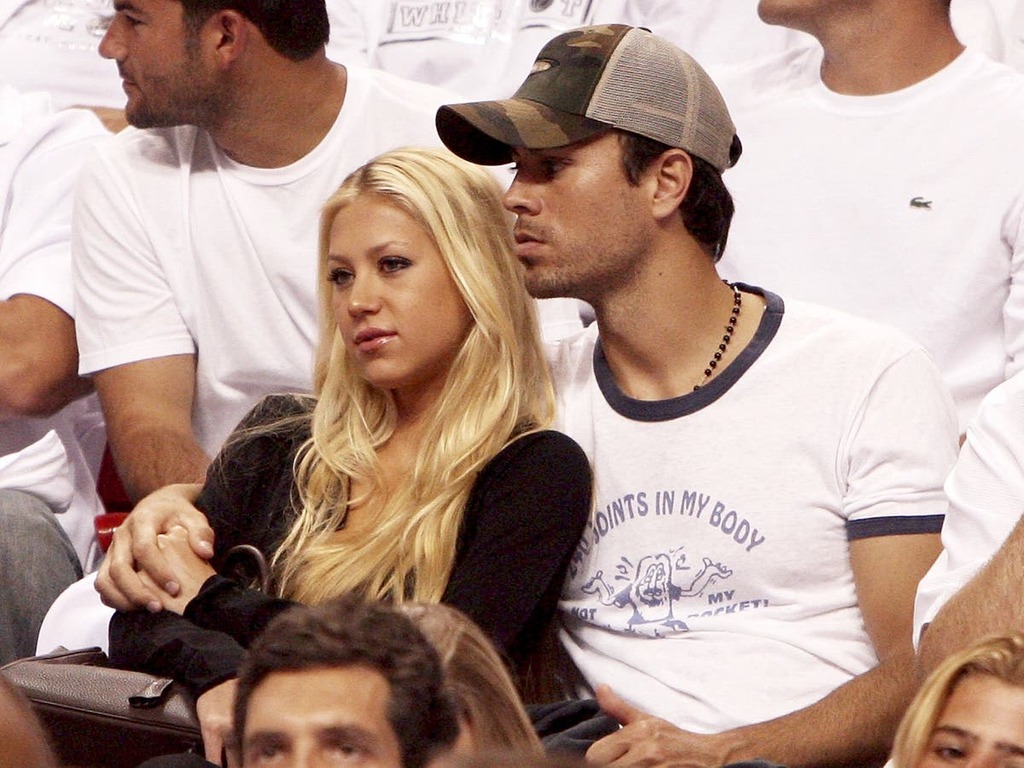 Kim Kardashian welcomed her youngest child Psalm via a surrogate in 2019, and she threw the tot an extravagant Hulk-themed…

Anna Kournikova and Enrique Iglesias have been dating since they met on the set of his music video in 2001,…