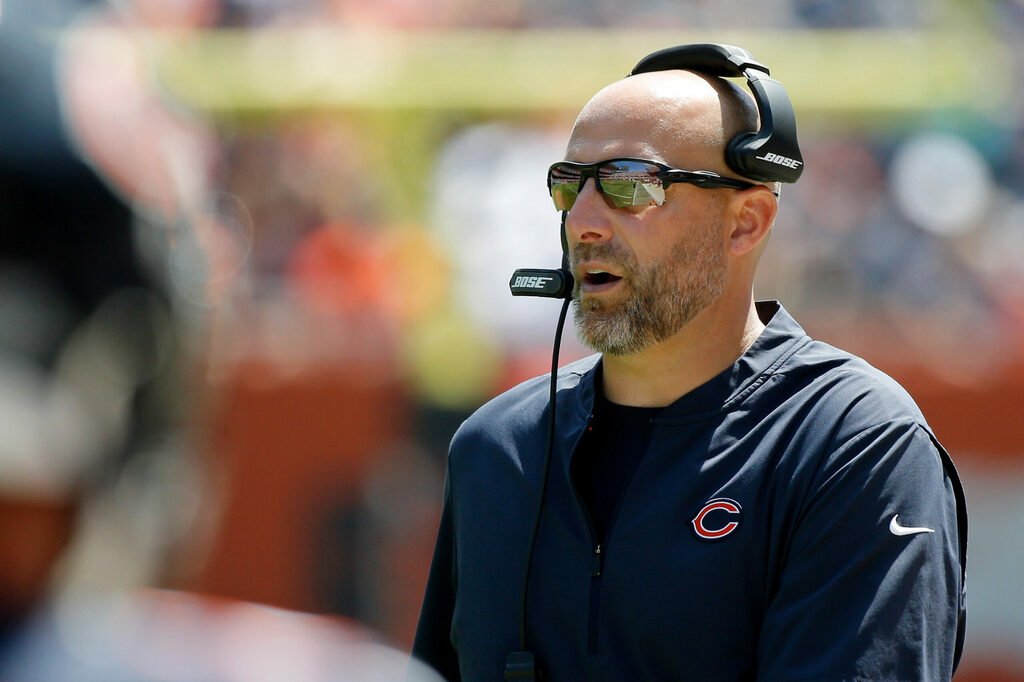 When the Chicago Bears open the season against the Los Angeles Rams on Sunday Night Football, they’ll have to contend with the best defensive player in the NFL in Rams defensive tackle Aaron Donald.

No one needs to be told just how dominant Donald is, but Bears head coach Matt Nagy attempted to compare Donald to a great scorer in basketball, which left many people confused by the comparison.

It’s easy to see what Nagy was attempting to do here. He was acknowledging that Donald is going to make an impact — it’s just what he does — but it’s up to the Bears to contain him as much as they can. That much was understandable.

The perfect example of this is how the Bears dealt with Donald back in 2018, when then-rookie guard James Daniels held his own against Donald, who was held to two tackles, one quarterback hit and, most importantly, no sacks.

Matt Nagy compares Aaron Donald to a great scorer in basketball. Said Donald is going to get his points, but #Bears have to limited him to "like 8 points, 4 rebounds and 7 assists. Can't let him get that triple-double."

But Nagy’s execution of said comparison didn’t exactly translate, and Twitter had plenty to say about it.