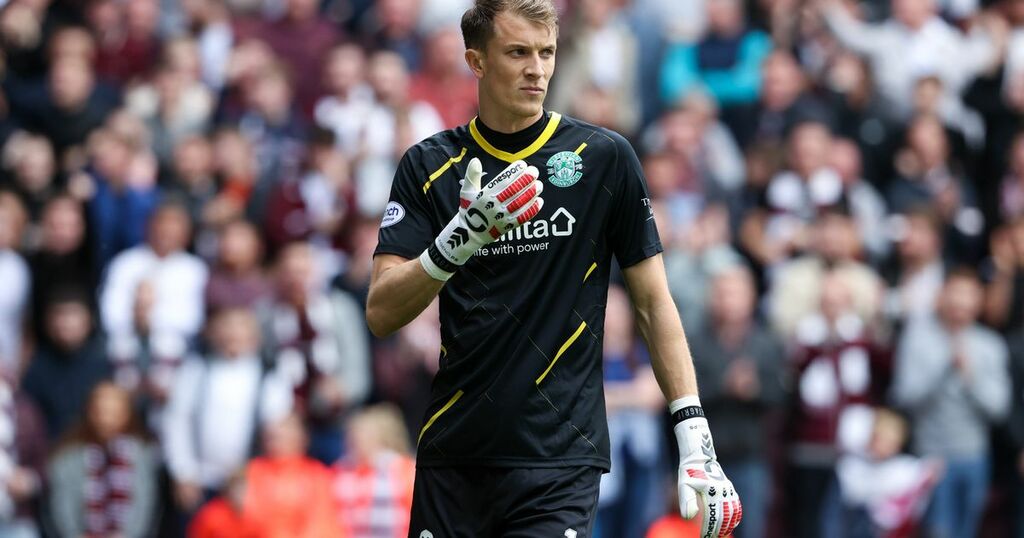 Jack Ross reckons Matt Macey is ready to grab Ofir Marciano’s hero status with the Hibs support after his derby heroics secured a point at Tynecastle.

The towering goalkeeper produced four top class saves in the derby stalemate to frustrate the home fans - and have the away contingent singing his praises.

Macey had big gloves to fill when Marciano brought a successful five-year stint in Leith to an end in the summer.

But having produced a huge performance at Hampden in the Scottish Cup Final defeat to St Johnstone, Ross now reckons the former Arsenal keeper is ready to step out from Marciano’s shadow after his super show against Hearts.

He said: “I think the goalkeepers will grab headlines and rightly so for the quality of the saves.

“Matt has really grown into the role of an established number one, that’s why he came to the club - to try and do that.

“The performances and results we have achieved with him in the team have been outstanding, going right back to the cup games of last season.

“He played a big part in us taking something from the game today.

“And for Craig Gordon, he has done that countless times against other teams. And certainly against Hibs.

“Can Matt be a bigger hero than Ofir? Yes.

“His performance in the cup final gets overshadowed because we lost the game and that could have elevated him to that kind of status.

“But that performance today, I think every player needs moments like that.

“I have been delighted with him in general but in the eyes of supporters when you produce that type of performance in this type of game then it elevates how they feel about him.”

Ross insists his side proved they now have the steel to match their skill after digging out a draw in their rivals’s hostile back yard.

And Ross said: “I think now we are 43 league games consecutive we have never been out of the top four.

“So all of last season, for 38 games, we never came out of that top four.

“We have now started the season and it’s very early and I accept that.

“But you don’t do that unless you are a team good enough to challenge.

“I think anybody watching the game around the league will see two teams difficult to beat.

“That’s good for Edinburgh and for us it’s a further indication of how we are trying to grow as a team and as a squad.

“The squad has grown considerably younger over the last season as well and a lot of things point to us going in the right direction.

“It’d very difficult for me to be critical of the players. Again you could say we’ve not taken chances but I don’t think we missed any glaring opportunities.

“There were so many good saves made by the goalkeepers.

“Defensively we were strong and made good decisions. Tactically we were great in terms of starting the way we did and changing to a back four in the middle of the second half allowed us to get a foothold and finish strongly.

“Tactically, technically, mindset, physicality I think we ticked a lot of boxes.

“The only thing we didn’t do was win the game which you need to do every single game.

“I think both teams will argue their case to win it.

“I thought we did both aspects of the game really well.

“We are trying to create a culture where we are not satisfied with going anywhere and not winning.

“I think we’ve shown that over the last season and a bit now.

“But we had to stand up against a good team today in a tough environment and produce a performance that, in large parts, I was really pleased and proud of."