Congressman Matt Gaetz used a speech in the House of Representatives to make the stunning claims that someone is trying to kill him.

The Florida lawmaker said that he had received a threat on Twitter from a professional hitman who he said had travelled to Washington DC to attack him.

“I think someone may be trying to kill me. If they are successful, I would like my constituents and my family to know who stopped their arrest,” said Mr Gaetz on the floor of the House.

The Republican claimed that the Capitol Police had recommended that the individual in question be arrested, but that the Department of Justice had refused to do so.

It is the latest in a string of bizarre events surrounding the pro-Trump congressman.

Mr Gaetz is the subject of a federal investigation that has seen his associate, Joel Greenberg, the former tax collector of Florida’s Seminole County, take a plea deal for multiple federal crimes, including sex trafficking of a minor and introducing her to other “adult men” who also had sex with her when she was underage.

Greenberg, a close friend of Mr Gaetz, pleaded guilty to six charges in May and is still cooperating with investigators.

Mr Gaetz has strongly denied any wrongdoing and has not been charged with any crimes.

In March the Justice Department charged a Wyoming man of making death threats to Republican politicians, including Mr Gaetz.

Christopher Podlesnik, 51, was charged with making threats against Mr Gaetz on 28 January, the same day he took part in a rally against Representative Liz Cheney in her home state of Wyoming. 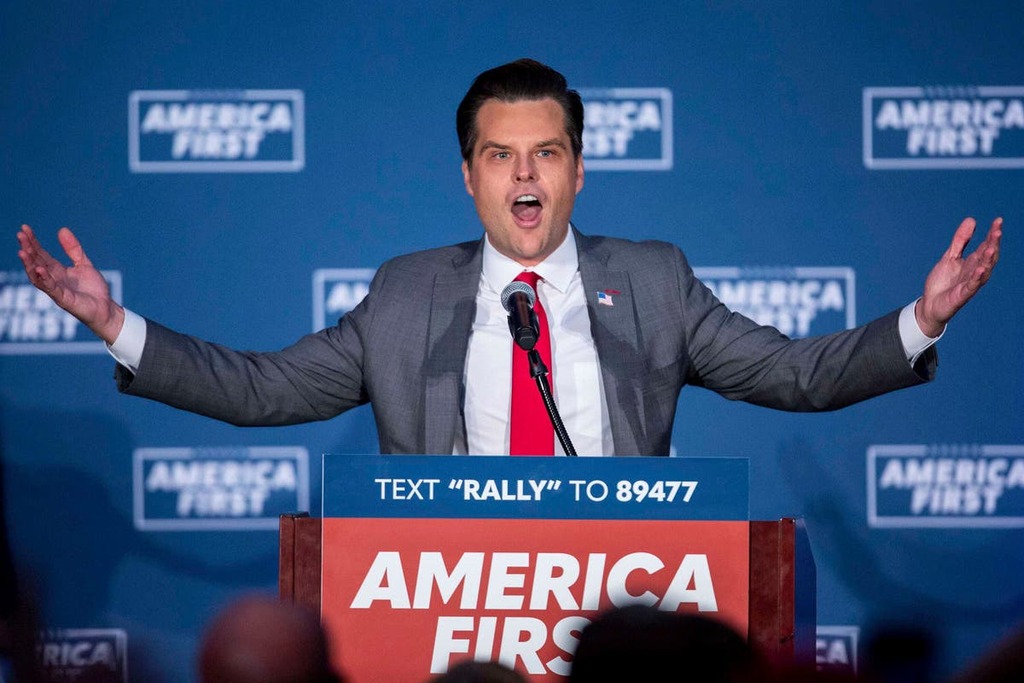 The Independent UK
From analysis to the latest developments in health, read the most diverse news in one place.
Steve Bannon suggests contempt vote is ‘set up’ from Joe Biden

Garland says DOJ will ‘apply the facts and the law and make a decision, consistent with the principles of prosecution’…

The Independent UK
Matt Gaetz tried to give himself, Lauren Boebert and MTG a nickname - and it backfired badly

On Thursday, Rep. Matt Gaetz (R-Fla.) gave himself and two other Trump-supporting conservatives a nickname, implying that they would form…

Former president’s chief strategist could face up to a year in jail and a $100,000 fine if indicted and convicted…

The FBI says human remains found in a Florida nature reserve belong to Brian Laundrie, who was being sought as…