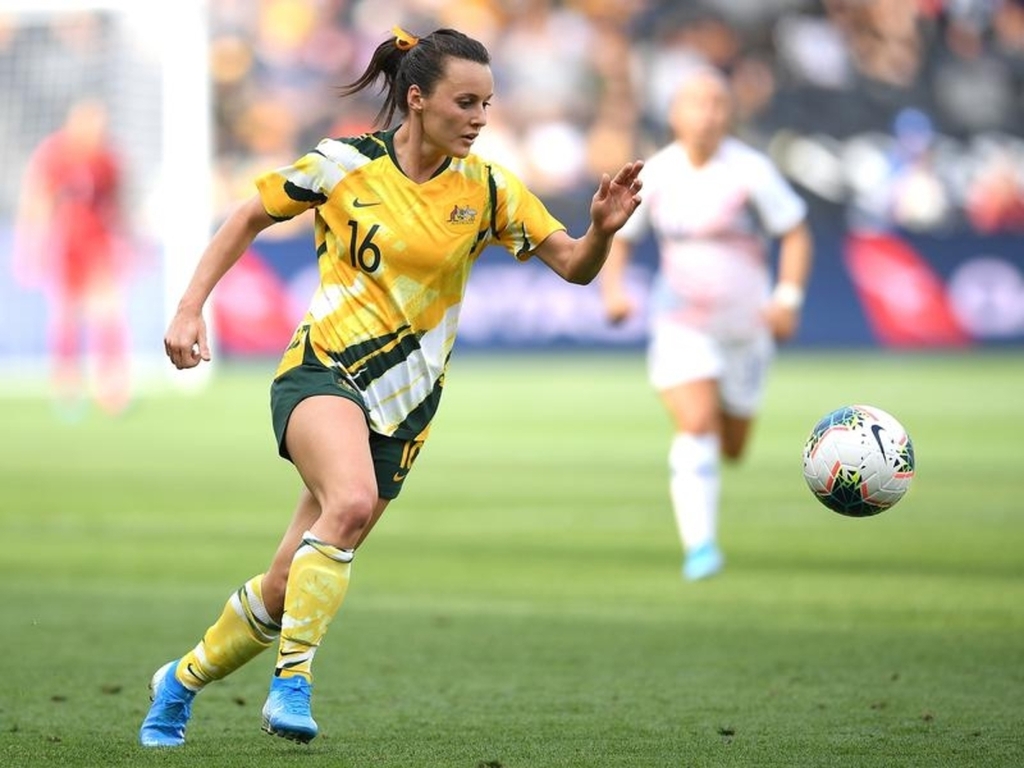 Hayley Raso has hit the target for Manchester City in a 6-0 thrashing of Brighton before flying off with her clubmate Alanna Kennedy to link up with Australia's Women's Asian Cup squad.

But the trio of Steph Catley, Caitlin Foord and Lydia Williams, who were already set to link up with the Matildas at their pre-tournament Dubai training camp, were left out of the Arsenal squad on Sunday as the Women's Super League leaders lost their unbeaten season's record in a 2-0 loss at Birmingham.

Winger Raso struck for the third time in the league this season amid an extraordinary second-half blitz from City at Brighton as they scored all six of their goals after the break.

Victoria Williams' 48th minute own goal prompted the home side to cave in with Lauren Hemp, Georgia Stanway and Laura Coombs adding three more in the space of just seven minutes.

Raso, who scored a great goal at the same stadium when playing for Everton, then delivered a fine fifth, latching on to a long ball over the top of the Brighton defence before smashing the ball home.

Spaniard Vicky Losada made it six as City aimed for to make up for a dismal first half of the season as they moved up to fifth place.

Arsenal's defeat at Birmingham, who moved off the bottom of the table with goals from Libby Smith and Veatriki Sarri, represented perhaps the biggest shock of the WSL season as the Gunners were unusually sluggish in the absence of their Australian trio.

Matildas vice-captain Catley, goalkeeper Williams and striker Foord could all win their 100th caps for Australia in the upcoming Asian Cup.

Champions Chelsea, whose match with Spurs on Friday had been postponed because of COVID-19 positives in the Blues' ranks, remain four points behind Arsenal but have a game in hand.

Chelsea's star striker Sam Kerr, the Matildas' captain, is among 10 English-based players who were set to join the Australian squad in Dubai before they fly off to India on their quest to win the continental trophy for the second time.

They play Indonesia, the Philippines and Thailand in the group stage, which starts on January 21.